A section of a 16th Century castle built by Henry VIII dramatically collapsed into the sea following bad weather, just days before remedial work was due to start.

Part of the east wing of Hurst Castle near Milford-on-Sea, Lymington, crumbled away on Friday after the sea weakened its foundations, according to English Heritage, which owns the historic tourist spot.

The incident occurred just days before planned works to stabilise the foundations. 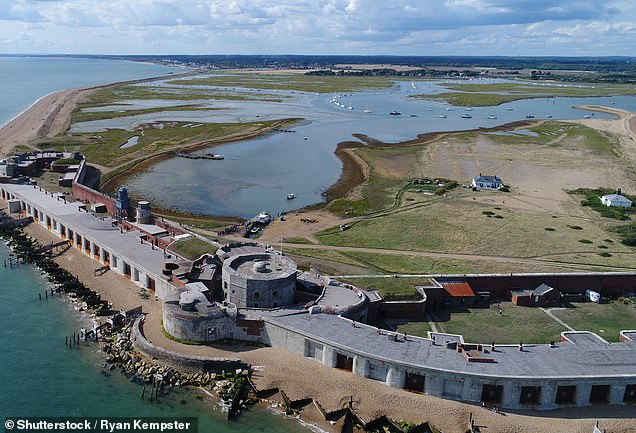 The 16th Century Hurst Castle near Milford-on-Sea, Lymington pictured before (right) and after the collapse of the east wing on Friday following storms

In 2019, English Heritage spent £750,000 to shore up the foundations of the castle’s west wing and restore its sea defences, the BBC reports.

However, experts had thought the deterioration was slow moving and that the east wing was affected similarly.

A spokesperson for the charity said ‘until the storm of 23 February, there were no signs of any major structural problems.’

Engineers are now assessing the damage to the 573-year-old building and are planning remedial works. 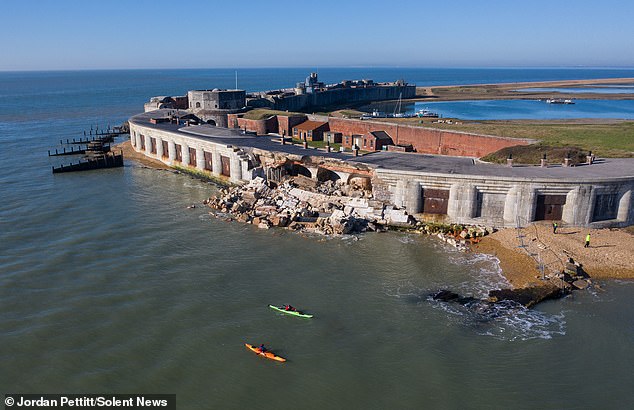 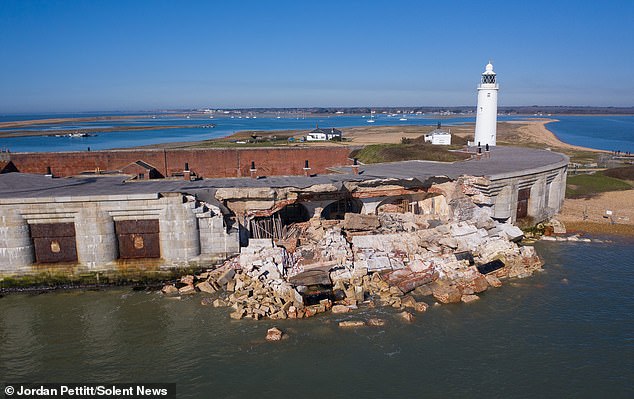 The damage occured to the east wing wall of the castle, which was built by Henry VIII 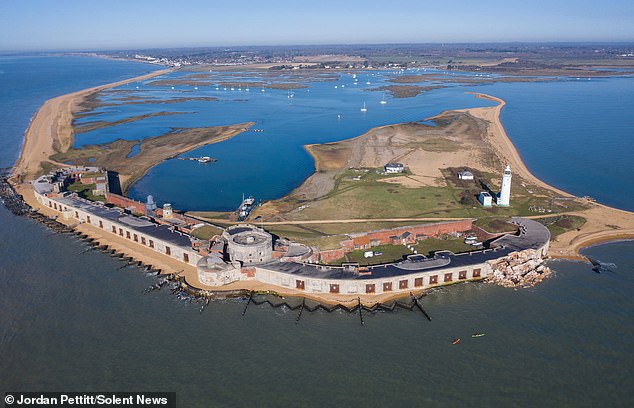 Engineers are now assessing the damage to the 573-year-old building near Lymington, Hants

The site was not open to the public at the time of the collapse and there are no reports of any injuries. 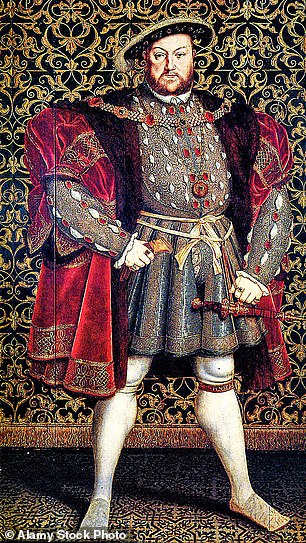 When Hurst Castle was originally built between 1541 and 1544 as a defence against France at the narrow entrance to the Solent, it was considered one of the most advanced artillery fortresses in England.

A century later, it was being used as a prison for eminent 17th century captives, including Charles I.

During the 18th century, Hurst Castle was still in use but fell into disrepair, with its coastal spit often frequented by smugglers.

It was later strengthened during the 19th and 20th centuries and played a crucial role in defending the western Solent during invasion threats, from the Napoleonic Wars to the First and Second World Wars.

The site is also home to the Garrison Theatre, possibly the last surviving Entertainments National Service Association theatre, which was used to provide entertainment for armed forces during the Second World War.