Should you ever find yourself at Waterloo Station with an urgent train to catch, chances are the person in front of you at the ticket kiosk will be in no rush at all.

He will um and ah and examine the touch screen quizzically, his expression caught somewhere between wonder and confusion, as though trying to decipher ancient hieroglyphics.

Occasionally, he will prod a few buttons – though more in hope than any real expectation. Before long, the numpty will decide to draw stumps and begin the whole process again.

As your molars slowly grind themselves into a fine powder, you long to hurl the remains of your Upper Crust baguette at the back of his head and scream: ‘Get on with it, man!’ Yesterday Sir Keir Starmer was that man.

The Leader of the Opposition was in the chamber for his third outing at PMQs. His elegant slicing-and-dicing of the Prime Minister in recent weeks have been hailed as a triumph. Not since Torvill and Dean have judges been so unanimous.

This week Le Grand Inquisitor fell flat. He zig-zagged and meandered. At times, it was a struggle to work out what he was actually asking. Those lengthy pauses between sentences, effective when he had the PM on the rack last week, yesterday felt like awkward gaps in his thinking.

Even the Keirleaders on the benches behind him looked bored. Like that man at the ticket machine you longed to yell at him to just… Get. A. Move. On.

The PM was much improved, even if his hair looked as though he had just stuck his tongue against a 9V battery. At last, he seemed to have done a bit of preparation. 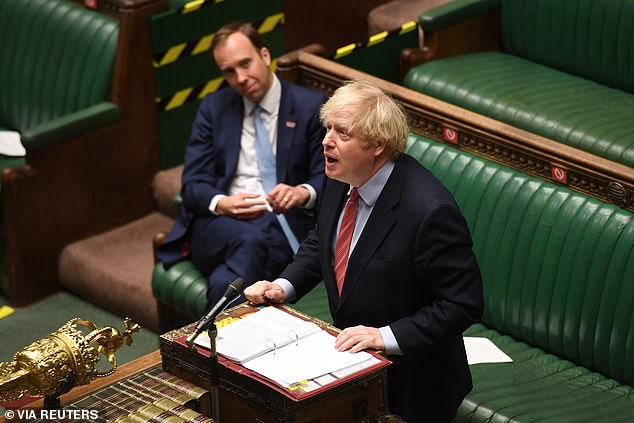 Those lengthy pauses between sentences, effective when he had the PM on the rack last week, yesterday felt like awkward gaps in his thinking

He still didn’t answer the question much of the time but such was the verbal vermicelli flowing from Sir Keir’s mouth you could hardly blame him.

There was a tetchiness about him too. Last week’s ill-tempered clash had instilled some much-needed fire in his belly.

‘He’s simply ignorant of the facts,’ he retorted at one point when Starmer challenged again over care homes. When Sir Keir quizzed him over the Government’s tracing plans, Boris pointed out he had already briefed him about it privately. 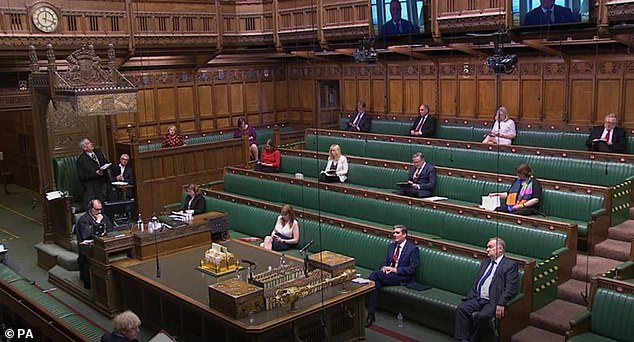 Even the Keirleaders on the benches behind him looked bored. Like that man at the ticket machine you longed to yell at him to just… Get. A. Move. On

(I think it’s worth noting that accusation of being disingenuous and overtly negative wounded, Starmer. Boris might be onto something there.)

Health Secretary Matt Hancock was there again, whispering crib notes to his boss. He got a rollicking from Speaker Sir Lindsay Hoyle at one point for heckling Starmer.

When he mumbled something back toward the chair, the Speaker threatened to eject him. ‘I’d be more than ‘appy,’ barked a pop-eyed Sir Lindsay. Hancock’s butter-wouldn’t melt face was a picture.

The voice of SNP leader Ian Blackford soon crackled over televisions screens. Gentle groans. Some wonky lighting arrangements meant we could barely see his face, calling to mind those IRA supergrasses you used to see interviewed on the news in silhouette form.

He wasted a question on an issue Sir Keir had already raised concerning overseas health workers being required to pay surcharge to use the NHS.

Boris respectfully pointed out the charges raises £900million. The Treasury is hardly likely to be surrendering that income for a while.

Blackford’s colleagues were in blusterous voice. You sense the SNP plan to irritate us into Independence during this crisis. To give them their due, they are good at it. 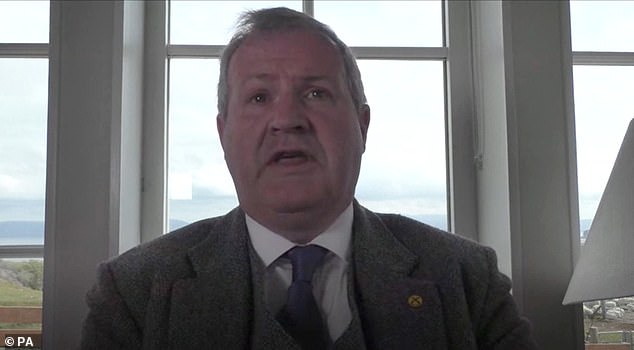 Marion Fellows (SNP, Motherwell and Wishaw) wanted the job retention scheme extended in Scotland for however long Nicola Sturgeon maintained the lockdown. Boris gently suggested the £3billion he had already agreed to hand to Scotland was generous enough as it is.

There was a telling revelation toward the session’s end courtesy of Rosie Duffield (Labour, Canterbury), who complained about the lack of women in senior government positions.

Boris said he was addressing that issue ‘even before the next reshuffle’. As Parliament headed for recess last night, don’t rule out a change in cabinet personnel upon its return. 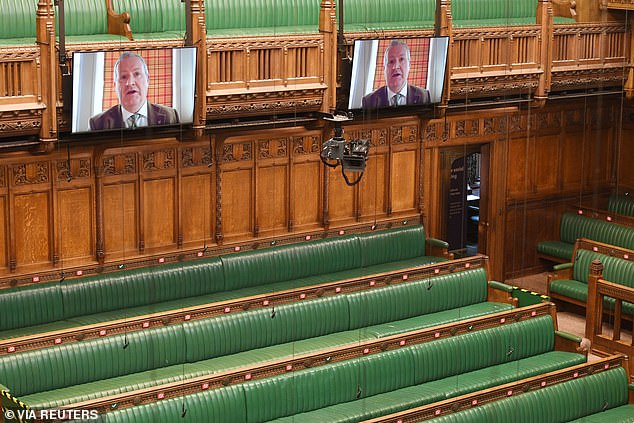 Scottish National Party (SNP) leader in the House of Commons Ian Blackford speaks via TV screens during Prime Minister’s questions on Wednesday, May 20