EXPRESS INFORMER > News & Politics > HENRY DEEDES: Gavin Williamson’s face had the look of a boy outside the head’s study

Rambling. Wildly incoherent. Those beardy weirdies from Extinction Rebellion were out in Parliament Square again yesterday, subjecting all of us to hours of indecipherable gibberish.

Despite being supposedly educated, they’re a decidedly inarticulate rabble. Their speakers were about as stirring as the cider-fuelled Morris dancers at my local summer fete.

Mind you, things were no more inspiring inside the Commons, where MPs were returning from their summer hols.

Following weeks of lip-chewing ineptitude, that prize bungler Gavin Williamson was treating us to a statement on schools.

Yes, he’s still in his job. Amazing isn’t it? Perhaps he knows something about Boris that we don’t.

Those beardy weirdies from Extinction Rebellion were out in Parliament Square again yesterday, subjecting all of us to hours of indecipherable gibberish.

If so, all I can say is that it must be dynamite. The Education Secretary arrived in the chamber at 4.42pm, collapsing into his seat in an awkwardly arranged pile of limbs.

His face bore the anxious look of a child outside the head master’s study, awaiting an inevitable rollicking.

Over on the SNP benches, Pete Wishart (Perth and N Perthshire) and Patrick Grady (Glasgow N) pointed and giggled excitedly.

Williamson kicked off by regurgitating the whole A-levels fiasco.

He was ‘deeply sorry’ for what students had gone through last month. Once again, he seemed happy to lay the blame at Ofqual’s door.

Though that didn’t prevent him offering a short, nakedly insincere tribute to the education quango’s departing chief Sally Collier. 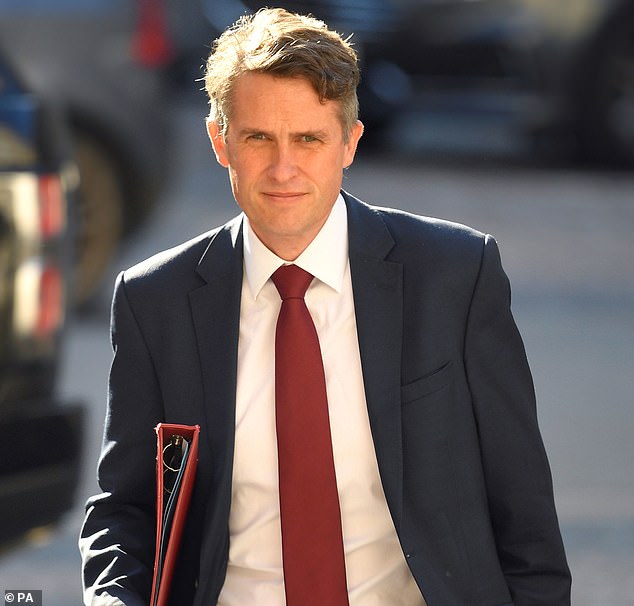 Gavin Williamson arrived in the chamber at 4.42pm, collapsing into his seat in an awkwardly arranged pile of limbs

That clothes peg-over-the-nose drawl of Williamson’s really is quite a thing. It could zap energy from the Large Hadron Collider.

Barely 30 seconds into his statement, faces around the chamber were already beginning to droop. It was as if someone had just flicked on a two-bar heater at Madame Tussauds.

Not sure why. Others might have been grateful at being spared having to read it.

She accused Williamson of overseeing a summer of ‘chaos, incompetence and confusion’.

The SNP’s Carol Monaghan was also snippy about getting her copy of the statement so late. ‘I almost had time to read it,’ she deadpanned.

Lucy Powell (Lab, Manchester C) accused Williamson of ‘worse than incompetence’, he ‘couldn’t just wash his hands of responsibility’ for these farcical past weeks.

Williamson stood there sopping it all up, as best he could, delivering his usual jargonistic, nonsensical answers.

Occasionally he would rest his entire body weight against the dispatch box to feign nonchalance.

You do wonder how many more of these sessions he can endure. Compare his demeanour to Matt Hancock, who had earlier updated the House on the Government’s Covid-19 strategy.

Unlike Williamson, the tribulations of high office have no bearing on the Health Secretary’s wellbeing. 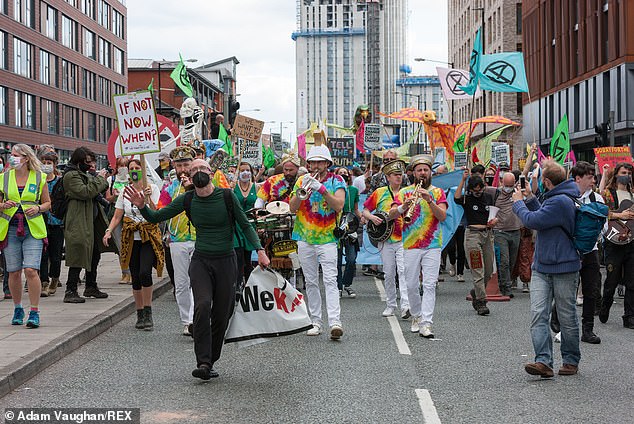 Not even a poorly received interview over the weekend, in which he needlessly blathered on about a second lockdown, seems to have zapped his enthusiasm.

Yesterday he was zestier and zingier than a pitcher of Aperol spritz. What a clever boy Matt had been: numbers being admitted to hospital were down, patients requiring ventilators were down and the latest coronavirus deaths stood at just two.

The track and trace system is supposedly whizz-bang (I’m not sure it is).

His predecessor Jeremy Hunt, who now chairs the Health Select Committee, congratulated him on his ‘impressive progress’.

Jim Shannon (DUP, Strangford) announced he had ‘not been found wanting’ during the crisis.

Even Hancock’s opposite number, Jon Ashworth, gave him an easy ride.

The only sharp surprise he got came from his own side, when Sir Edward Leigh (Con, Gainsborough) demanded the Government ‘get back to being a proper Conservative government’ and stop with all the nannyish restrictions.

Sir Edward complained that ‘the man in Whitehall doesn’t know best. Especially as he changes his mind every two minutes’.

Hancock endured two hours at the despatch box since he also had to host a session of departmental questions.

He looked like he could have happily stayed in the chamber right until suppertime.

His colleague in the Department for Education, by contrast, could not have bolted out of there fast enough