The video appeared to be taken on the set of the reality TV show Germany’s Next TopModel, which the America’s Got Talent judge currently hosts.

The television host was seen wearing a shiny gold jumpsuit along with a pair of high heeled shoes; she accessorized with a number of gold rings and necklaces.

Klum has hosted the program since its inception in 2006 and has been its sole recurring judge; past panelists include creative director Thomas Hayo and choreographer Bruce Darnell.

The show is based off of the original American reality television series, created by Tyra Banks; the show has produced numerous international versions, including adaptations in Brazil, Vietnam, and Israel, among others.

The German iteration of the show is not Klum’s only foray into fashion-based television, as she was previously a host on the longstanding design program Project Runway. 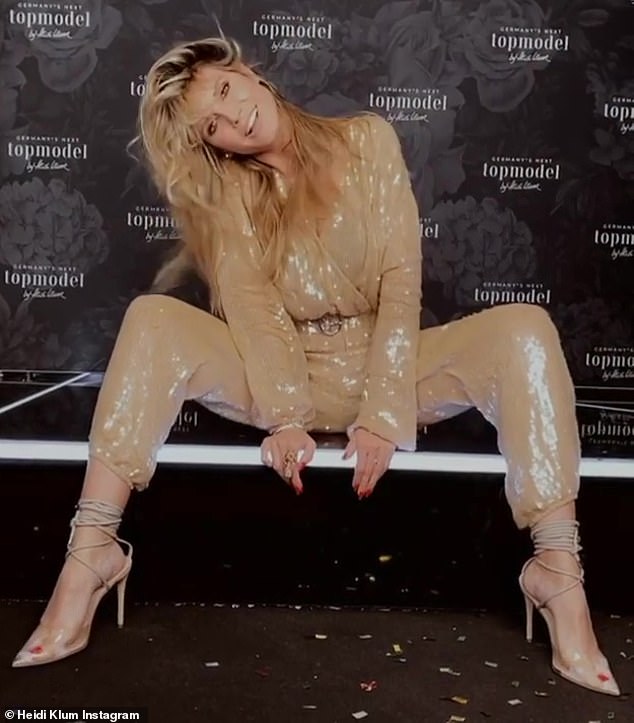 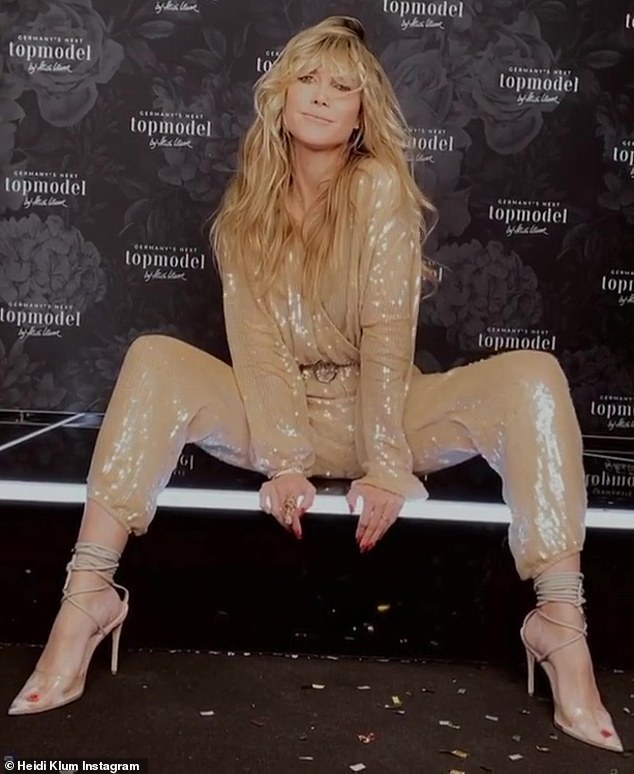 Sticking around: The native German has hosted every season of the reality competition series since its inception in 2006

Along with series mainstay Tim Gunn, the former model worked on the show from 2004 until 2017, when the two signed on to host a similar fashion competition show entitled Making The Cut for Prime Video.

In 2013, she won an Emmy Award for Outstanding Host for a Reality or Reality-Competition Program, which she shared with Gunn; she has been nominated for the award a total of 16 times.

The media personality has also made strides into other forms of television work, notably becoming a host on the variety show America’s Got Talent, where she replaced Sharon Osbourne.

Klum worked on seasons 8 through 13, and made a return for the 15th season of the show, which premiered in May. 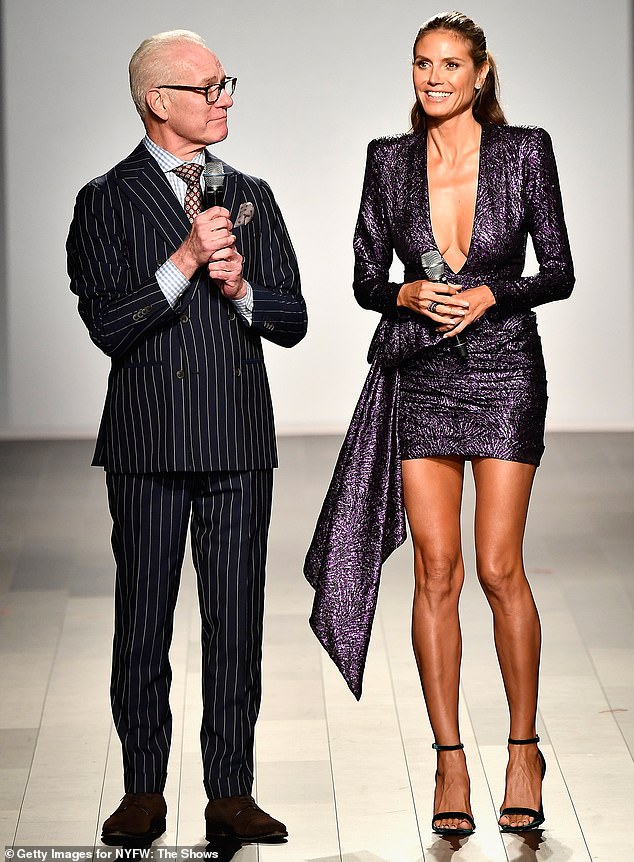 High profile: Klum was also a longtime co-host of the fashion competition series Project Runway with Tim Gunn; the two are seen in 2017

The supermodel began her career after winning a beauty competition in her native country during her youth, and later gained widespread exposure for her appearances on the cover of the Sports Illustrated Swimsuit Issue in 1998.

Shortly afterwards, Klum signed on to work as a Victoria’s Secret Angel, and went on to host five of their annual Fashion Shows before leaving the company in 2010.

She has also been featured on the covers of numerous magazines, including Elle, Marie Claire, and various international versions of Vogue.

The television host has also gained attention for her often self-portraying work as an actress, appearing in productions such as Zoolander, Sex And The City, and How I Met Your Mother. 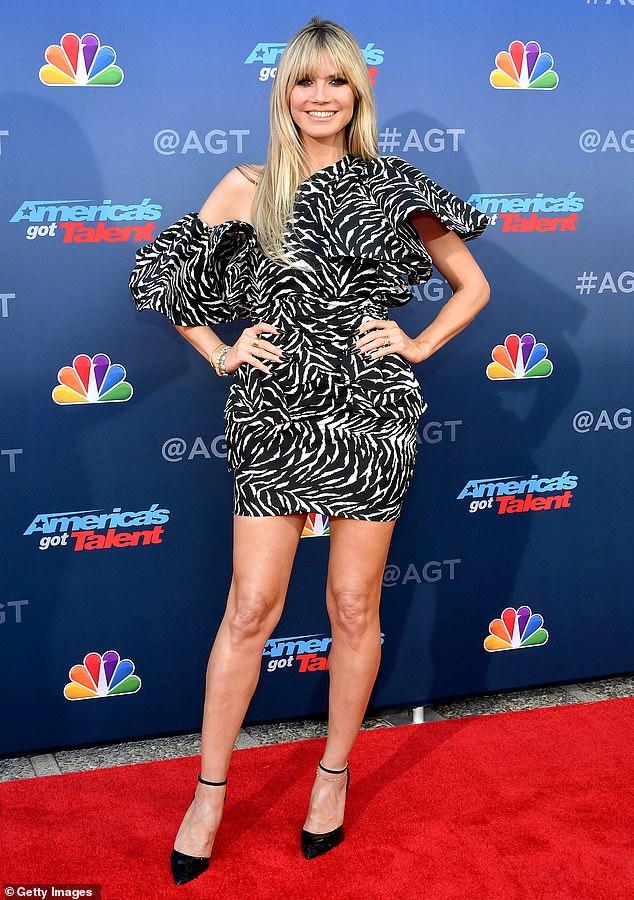 Broadening her horizons: Klum has also served as a host on the reality series America’s Got Talent; she is seen at the season 15 launch in March