Some of Australians highest paid professionals typically earning six-figure salaries could have their student debt eliminated under a Labor proposal.

Doctors and nurses living in remote areas will have their loans reduced to zero in a bid to address a severe shortage of medical professionals in rural Australia.

While most nurses earn below-averages salaries, GPs typically earn more than $130,000 a year while medical specialists are getting at least $200,000.

‘We recognise the challenge of recruiting and retaining primary health care workers in rural and remote communities,’ he said.

Who would benefit from wiping student debt?

Labor’s policy would see doctors and nurse practitioners have their entire student debt wiped if they live in a remote or very remote town for a period of time, or a large, medium or small town.

‘Rural and remote Australia is experiencing skills shortages in many key professions,’ he said.

‘One of these is in doctors and nurse practitioners.

‘Zero HECS debt is a great incentive for young graduates to live and work and build their careers in rural and remote communities.’

The plan to forgive student debt would benefit some of the highest paid medical professionals with gynaecologists having an average income of $207,887 in 2019-20 compared with $247,409 for anaesthetists and $258,641 for intensive care specialists, Australian Taxation Office data showed.

General practitioners by comparison earn a more modest salary of $133,375 as more Australians with degrees in medicine do extra study to become a specialist, leaving regional areas very short of doctors. 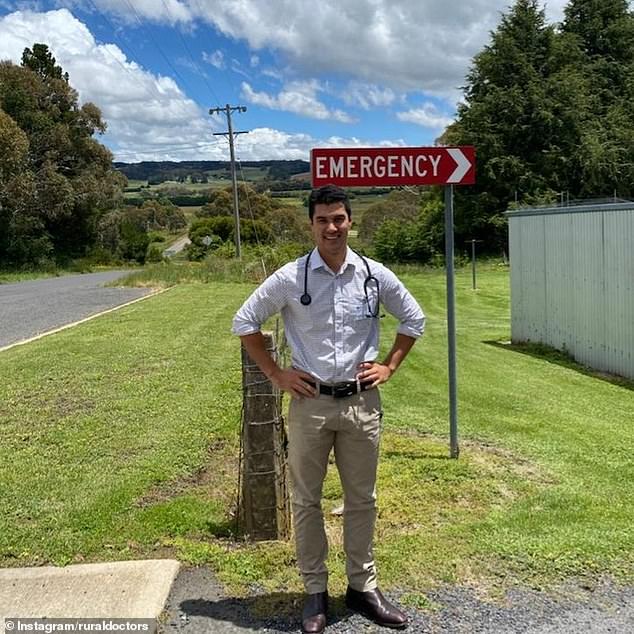 Labor’s policy would see doctors and nurse practitioners have their entire student debt wiped if they live in a remote or very remote town for a period of time, or a large, medium or small town (pictured is a doctor in regional New South Wales)

Registered nurses, however, only have an average taxable salary of $67,703, a level well below Australia’s average, full-time salary of $92,030.

Most university students doing a degree, who can’t afford upfront fees, repay a student loan when their get a full-time job.

Mr Albanese, as a Young Labor activist from the party’s Left faction, had opposed the introduction of HECS.

Nonetheless, he is keeping the HECS-Higher Education Loan Program of deferred payments in place for other degrees.

Australia’s proposal is targeted at the medical profession and is far less wide-ranging than US President Joe Biden’s program of eliminating $US10,000 ($A15,000) of student debt for low to middle-income borrowers.