CCTV footage captured the moment a rare and protected bird nest was chopped down with a chainsaw, just one day after the bird laid its first egg.

The osprey nest was sent plunging into the lake below at Llyn Brenig reservoir in Denbigh Moors, north Wales in a ‘horrendous wildlife crime.’

Springwatch presenter Iolo Williams has pleaded for information to be given to police, calling the attack ‘unbelievable’.

The site of the attack lies within the Llyn Brenig Osprey project which began in 2013, with the first ospreys hatched in the area in more than 100 years born in 2018.

It is managed by Dwr Cymru Welsh Water, and is the fifth breeding site for the fish-eating birds in Wales.

Police say they believe the culprit had a strong motive to rid the area of the rare birds and an investigation is now underway to find the person responsible.

Sgt Rob Taylor of North Wales Police Rural Crime Team said: ‘We really are pulling out all the stops to try and catch the person or persons responsible for this and believe me they will receive the full force of the law if we do catch them. 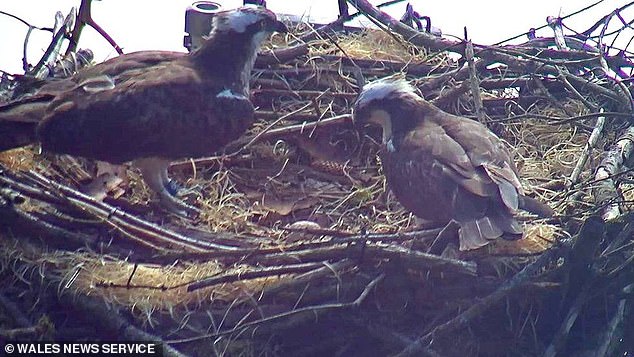 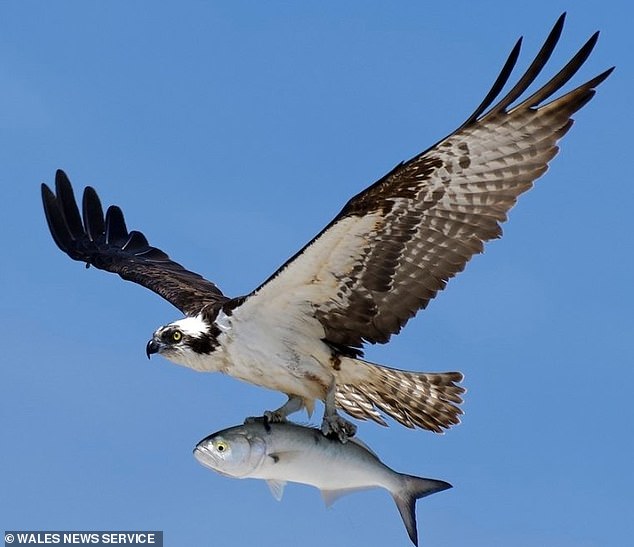 The birds are rare in the Wales, with five sites set up specifically for breeding and protection 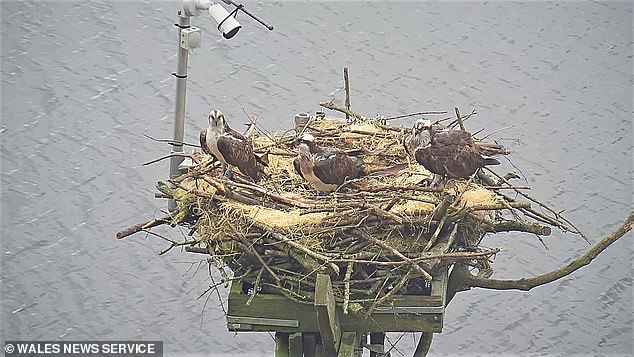 One member of the public has offered a £2,000 reward for information on the attack 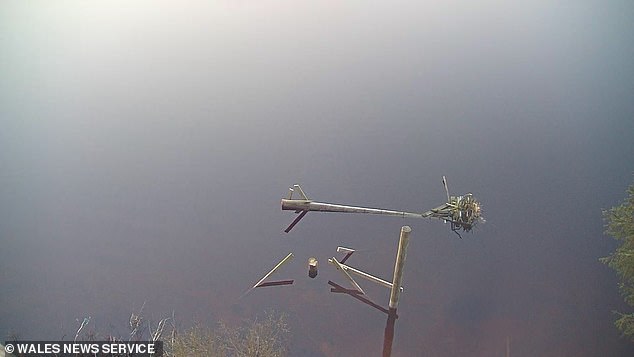 ‘The whole team is absolutely devastated by it and sure the whole community is as well.

‘These birds give a lot of people a lot of pleasure and I just can’t understand how anybody can actually go and do something like that.’

‘We’re checking cameras in the area and different systems to try to get closer to whoever his person is.’

Graeme Cotterill, of North Wales Wildlife Trust called the crime ‘horrendous’ and said efforts are now being made to ensure the rare birds have another nest.

‘This is a horrendous wildlife crime,’ he said. ‘We appeal to all members of the public if you know anything at all about what happened here please do report it to the police using the crime number on our website.

‘These are the rarest birds in Wales and there are very few breeding nests.

‘Efforts are still being made here to persuade the pair that have been here already to stay around the area.

‘One of the other nest platforms has been cleared and we hope they will migrate to that platform and lay further eggs this season but it’s yet to be seen what will happen.’