A Brisbane mum faces life without her husband after an incurable muscle-deteriorating disease struck down the healthy dad out of nowhere.

Sherie McGowen, 40, said that when the couple, who have two children, were given the grim news it was the darkest and scariest moment in her life.

Mr McGowen’s illness is more aggressive than what doctors initially thought, with the dad admitting ‘I can’t hold my girls anymore’ just 10 months after his diagnosis. 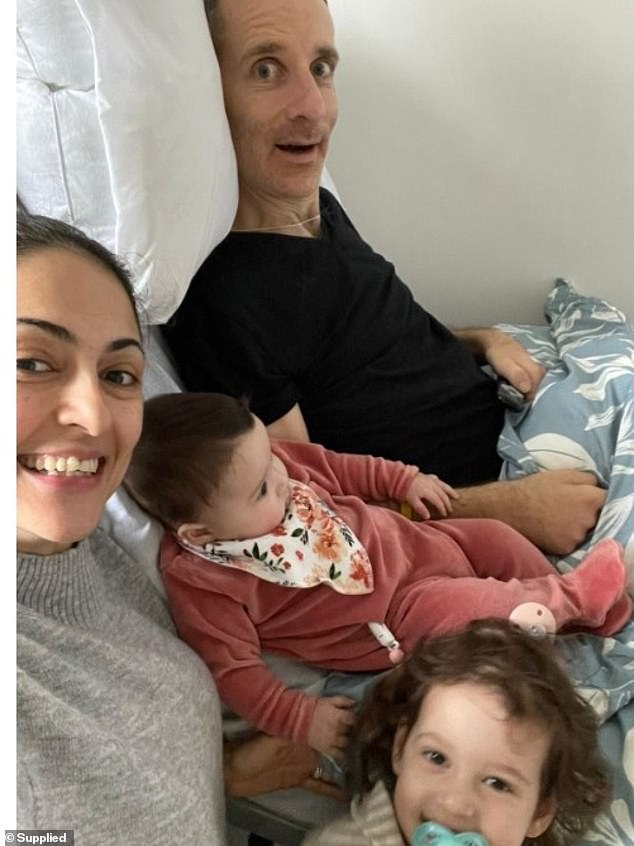 A GoFundMe page for the family (pictured with baby Riley and their elder daughter Darcy) has reached the halfway mark to raise $750,000 to support the family. Their savings have been ‘depleted’ since Mr McGowen’s illness came on

Six months ago he was able to take his two daughters, Darcy, 2, and six-month-old Riley to the park but the tables have turned.

The disease has wiped out his ability to speak, eat, walk and hold things with his hands as his health deteriorates.

Ms McGowen said the shocking diagnosis last September floored them, after five doctors came into his hospital room to give the bad news.

‘I was wearing a mask, I couldn’t breath and I was pregnant with Riley – I ran to the bathroom and was sick and Johnny came in and I have this image of him engraved in my mind I’ll never forget – his eyes were so horrid and scared,’ she told Daily Mail Australia.

‘He looked like a little child, so scared, it was so horrible to watch. I could hear Darcy screaming, calling for us, she was crying, we all were crying.’

The electrical engineer’s symptoms started while the family was living in Canada last year before the birth of Riley when a colleague told him he was speaking slower than normal – then a friend mentioned the same thing.

Ms McGowen said her husband’s condition changed dramatically as she noticed him starting to drag his feet when he walked.

‘He had slurred speech and his right arm was a little bit weaker at that point,’ the mum said. ‘He also started having twitches in his arms,’ she said.

Even holding things in his hands became a struggle as he lost movement in his fingers – at one point he had to ask someone next to him on a plane to open a water bottle for him.

After a series of tests, where doctors thought he had either cancer, a tumor or a lesion on the brain, the bombshell diagnosis finally came.

Later in January Ms McGowen gave birth to Riley and weeks after her husband had a fall, fracturing his cheekbones.

Soon after the family moved back to Brisbane where they had met, as they had always wanted to go back.

Meanwhile Mr McGowen’s breathing capacity continued to weaken, with one test revealing his lungs were at 65 per cent capacity. One month later the figure was 45 per cent.

‘His lungs were not in a good state, that was the scary bit. Usually with this disease that’s how it ends,’ Ms McGowen said. ‘The lung muscles stop working.’ 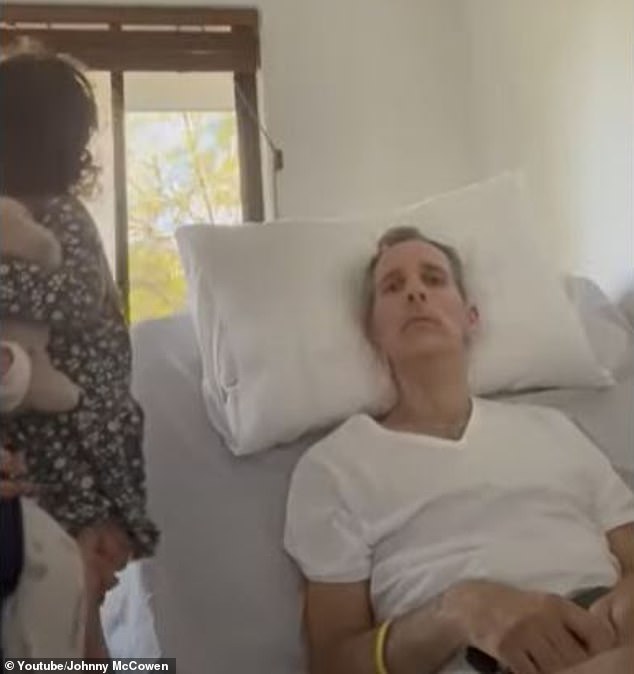 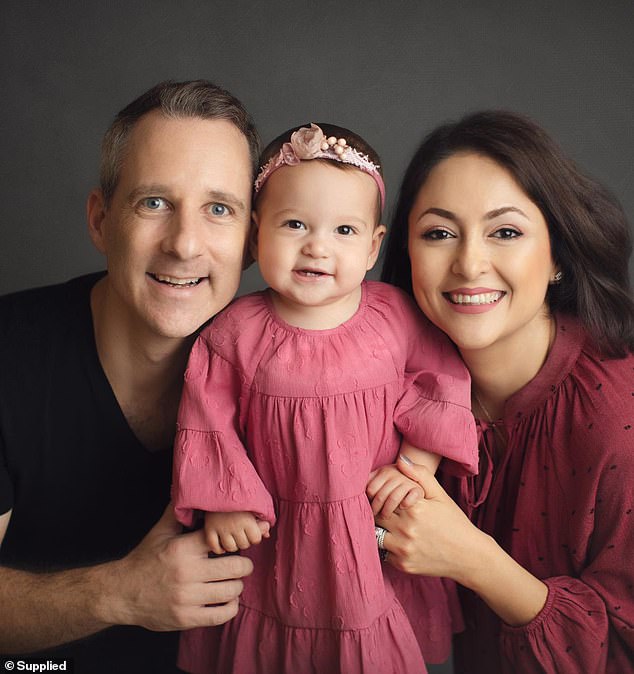 The money raised through the crowdfunding platform will go towards a home for his family and a ‘secure future’ (pictured, the couple with their eldest daughter, Darcy, when she was younger) 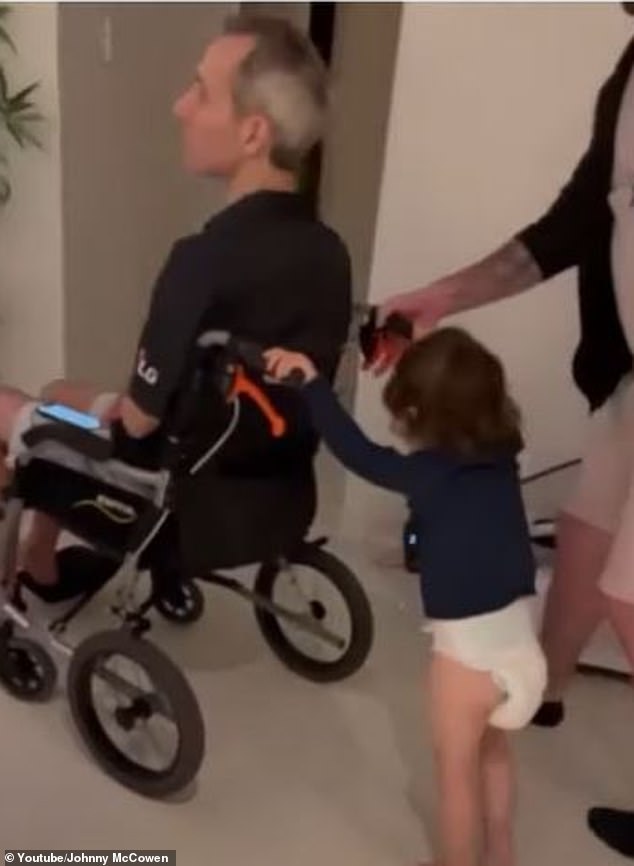 Members of Mr McGowen’s family put up a GoFundMe page where they hope to raise enough money to fund a home and a ‘secure future’ for them should Mr McGowen succumb to the disease.

‘I have imagined such a bright future for [my family] but I didn’t know I wouldn’t be in it,’ Mr McGowen said. ‘My wife and my two baby daughters are everything to me.’

‘But now our world has crumbled. A diagnosis of ALS … is causing my body to shut down around me and it’s all happened in just nine months.

‘My body may be breaking down around me but my mind its crystal clear and I am continuing to stay positive for the journey ahead of me.’

The Irishman said the money will go towards getting a home for the family when he is gone as the medical costs have left their savings ‘depleted’. 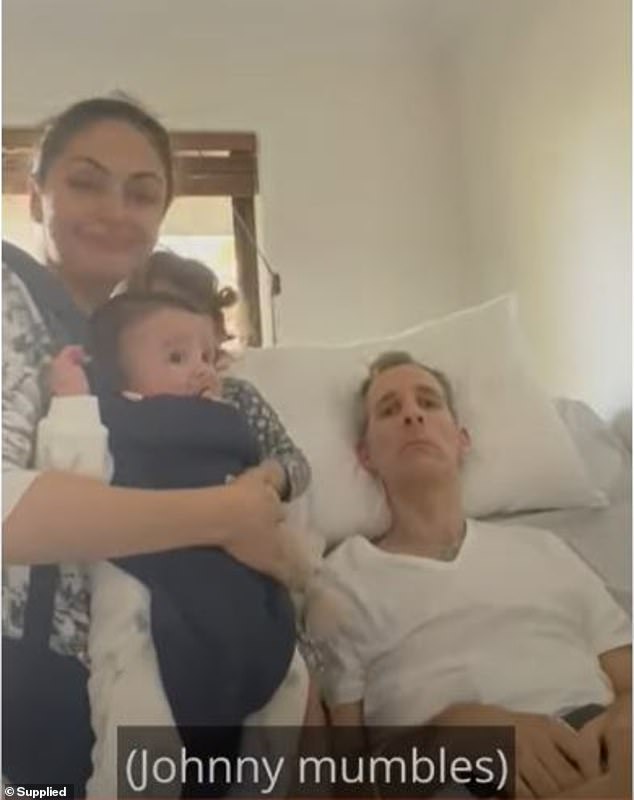 After the diagnosis the couple tried stem-cell research, Chinese medicine and a $900 15-minute conversation with a homeopath in the US – but it all came to nothing.

After he and his wife ‘spent half-a-lifetime looking for each other’, she now is full-time carer to all three.

Mrs McGowen said: ‘My biggest concern now is my two little kids and it’s just scary to be a single mum, we always thought we were going to be a team, that’s just heartbreaking – he can’t be there for their future.’

The family have so far passed half of the ambitious goal for $750,000 on the crowdfunding platform and have thanked donors for their support. 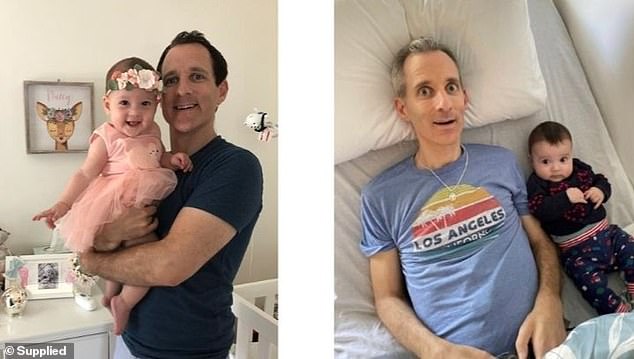 Six months ago Mr McGowen was able to take his two daughters, Darcy, 2, (pictured, left in July 2020) and six-month old Riley (right, in June this year) to the park – yet he says ‘I can’t hold my girls anymore’ 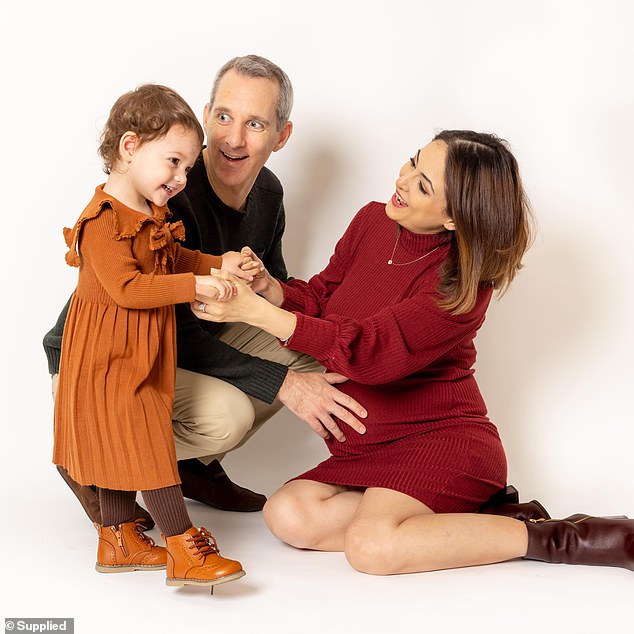 ‘But now our world has crumbled. A diagnosis of ALS … is causing my body to shut down around me and it’s all happened in just nine months,’ Mr McGowen (pictured with his family) said. ‘My wife and my two baby daughters are everything to me’ 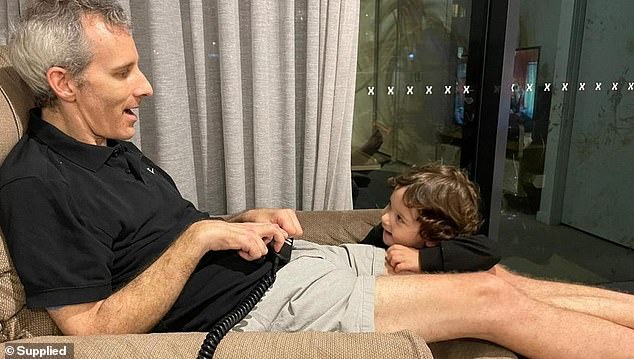 ‘I have imagined such a bright future for (my family) but I didn’t know I wouldn’t be in it,’ Mr McGowen (pictured with his daughter Darcy) said on his GoFundMe page

ALS is a subtype of Motor Neurone Disease (MND), in which the nerve cells that control muscles undergo degeneration and die.

It is a progressive degeneration of the motor nerve cells in the brain and spinal cord and is referred to as Motor Neurone Disease in Australia.

The motor cells (neurones) control the muscles that enable us to move around, speak, breathe, and swallow. With no nerves to activate them, muscles gradually weaken and waste.

Symptoms may include muscle weakness and paralysis, as well as impaired speaking, swallowing, and breathing.

Progress is generally rapid, with an average life expectancy of between two and five years from the onset of symptoms.

Though it can affect anyone, MND is more often found in the 40 to 70-years age group.

The disease affects each individual differently and can have a devastating impact on family, carers, and friends.

The rapidly progressive nature of the disease requires constant adaptation to increasing and changing levels of disability, which in turn require increased levels of support.