One bowl of children’s breakfast cereal can contain as much sugar as five biscuits, a damning report has revealed.

Researchers found that 92 per cent of cereals aimed at children contain too much sugar and nearly half were chocolate-flavoured.

Campaigners are calling for these products to be immediately removed from breakfast cereal aisles to prevent children getting hooked on sugar and fuelling spiralling obesity and diabetes rates.

Action on Sugar analysed 126 children’s cereals with child-friendly packaging such as cartoons and bright colours.

Researchers at Action on Sugar analysed 126 children’s cereals with child-friendly packaging and found that 92 per cent of cereals contained too much sugar. (Stock image) 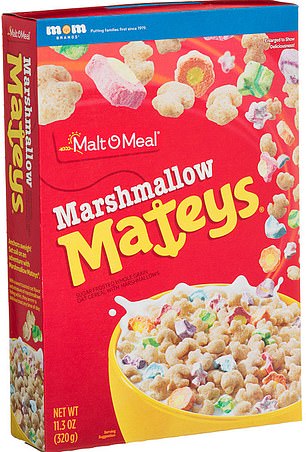 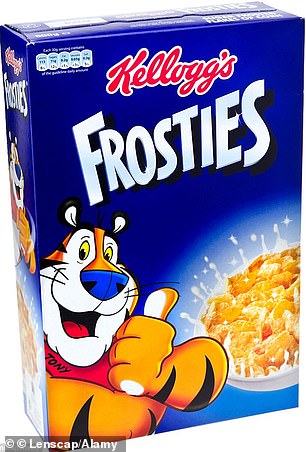 The charity, based at Queen Mary University of London, found the majority were shockingly high in sugar despite many parents believing cereal is a nutritious option.

One of the worst offenders was Malt-O-Meal Marshmallow Mateys, containing 12g of sugar per 30g bowl – the equivalent of eating five and a half digestive biscuits for breakfast.

Kellogg’s Frosties were almost as bad, with 11g of sugar per 30g bowl – nearly three teaspoons of sugar.

The report also found 43 per cent of cereals targeted at children were chocolate-flavoured. These include Kellogg’s Krave, containing 8.7g of sugar per bowl.

And all major supermarkets were found to stock their own brands of cereals similar to Coco Pops that are too high in sugar.

The report also found 60 per cent of cereals carry medium or high levels of salt and nearly half are low in fibre. Only two cereals met the criteria of being low in fat, salt and sugar, as well as high in fibre. 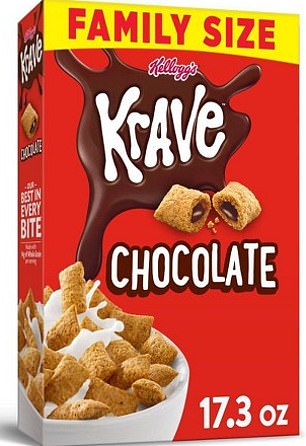 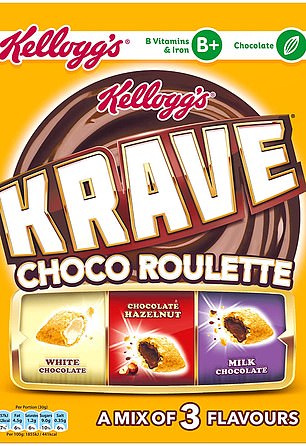 The report also found 43 per cent of cereals targeted at children were chocolate-flavoured. These include Kellogg’s Krave which contain 29g of sugar 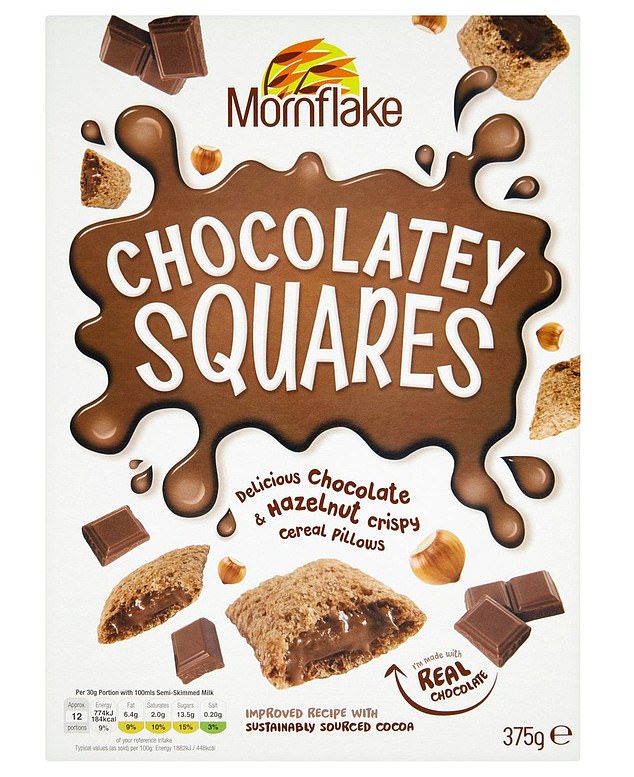 Campaigners are calling for radical public health legislation, such as a ban on marketing of unhealthy food to children and cartoons on packaging, to stop youngsters having too much sugar.

It comes as a separate study yesterday revealed that poorer children are ten times more likely to be severely obese than youngsters from wealthy families. The Broken Plate Report revealed one in three restaurants and takeaways in Britain’s most deprived areas are fast food outlets, compared to just one in five in wealthy areas.

Dr Kawther Hashem, of Action on Sugar, said: ‘The use of child-friendly packaging just makes it hard for parents to make a healthier choice, when companies should be making it easier.

‘Whilst we are expecting to see restrictions on online and television advertising for foods high in fat, salt, and sugar, this does not yet apply to the packaging that may appeal to children, which is a huge concern. 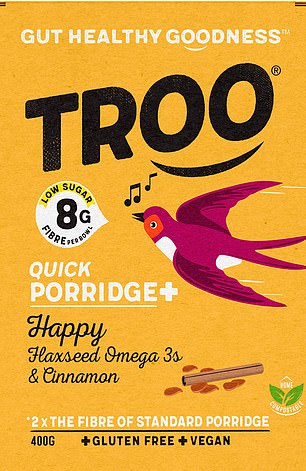 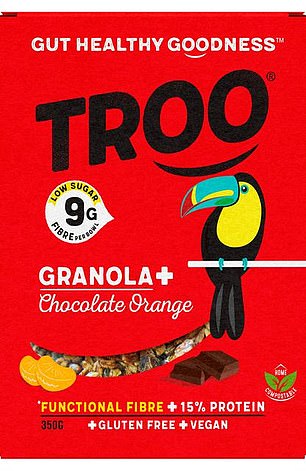 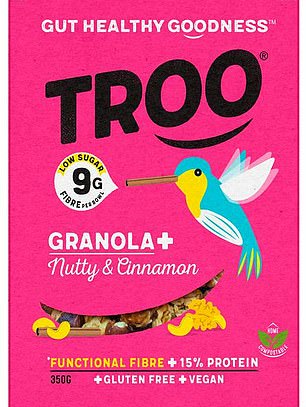 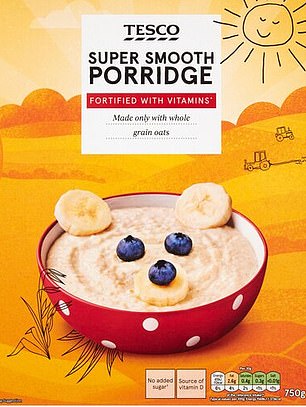 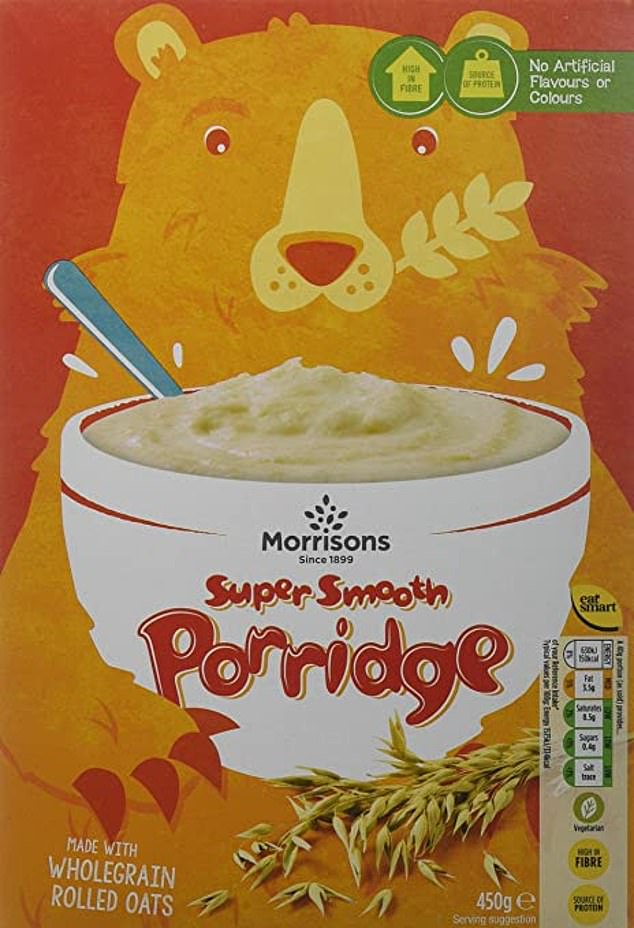 ‘For too long, less healthy food has been in the spotlight which is not only unethical but also scandalous.

‘Food businesses should only have child-friendly packaging on their healthier foods and drinks to give them a starring role in children’s diets.’

Katharine Jenner, campaign director at Action on Sugar and Action on Salt, said: ‘Our new Secretary of State for Health and Social Care must confront the food companies promoting and profiting from unhealthy processed food which, as we know, can lead to obesity and the worse outcomes from Covid-19.

‘With ten children out of every class of 30 leaving primary school with overweight or obesity issues, and the overall cost of obesity to wider society estimated at £27billion, food companies should be forced to provide healthier choices.’

According to the NHS, children aged between seven and ten should not have more than 24g of sugar a day – the equivalent of six sugar cubes.

Last month, the Government announced a new crackdown on junk food advertising in a bid to reduce child obesity.

Food and confectionery giants will be banned from advertising products high in fat, sugar and salt online and on television between 5.30am and 9pm.