In a study published in the British Journal Of Dermatology, an independent panel was asked to look at photographs of more than 2,500 participants who had agreed to hand over their medical histories, and then guess their age.

People who were judged as looking older than their actual age were often those who had cognitive problems, lung disease, the bone-thinning disease osteoporosis, cataracts or age-related hearing loss.

Lead author Professor Tamar Nijsten, from the Erasmus University Medical Center in Rotterdam, said: ‘Factors that cause changes to tissue structures in the face also impact tissues elsewhere in the body. This is probably the best study so far providing evidence that perceived age also reflects internal ageing.’

In a study published in the British Journal Of Dermatology, an independent panel was asked to look at photographs of more than 2,500 participants who had agreed to hand over their medical histories, and then guess their age

A gym chain has launched hypnotherapy classes to help its members stick to their New Year health resolutions.

Gymbox, which has ten branches across London, is now offering six-week ‘Commitment Therapy’ courses that promise to ‘use the subconscious mind’ to ‘banish gym quitting’.

A recent study claimed 80 per cent of people who make a New Year resolution to get fitter have given up by February.

Run by Hannah Apperley, a life coach and hypnotherapist, the classes begin with a ‘sharing circle’ to talk about exercise goals before a 30-minute session of hypnosis. 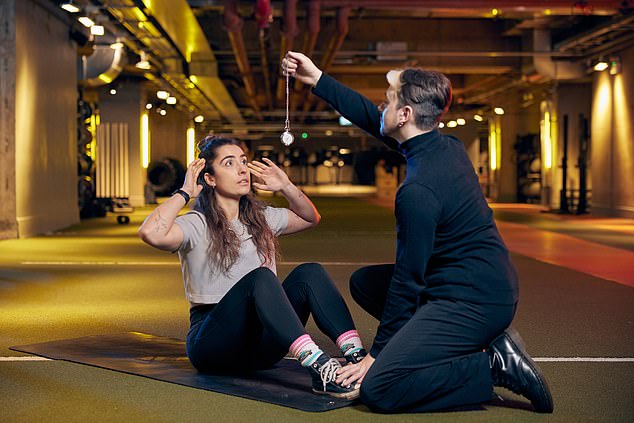 Gymbox, which has ten branches across London, is now offering six-week ‘Commitment Therapy’ courses that promise to ‘use the subconscious mind’ to ‘banish gym quitting’

Dementia UK’s free helpline saw a surge in calls last January as concerned families reached out for help after Christmas.

The latest figures from the charity show a 17 per cent spike in the number of people calling its specialist nurses in January 2022 compared with December 2021.

Nearly 70 per cent of calls came from concerned children of someone who was either diagnosed with the condition or was suspected of suffering from it.

About 40 per cent of callers wanted to know what support was available for dementia patients, while almost one in five were looking to get a diagnosis either for themselves or a member of their family.

Group therapy involving as many as 20 people is just as effective for treating anxiety and depression as one-on-one sessions, a trial has found.

Researchers at the University of Manchester enlisted 156 people who had been referred for therapy. Half were given one-on-one sessions while the others had their treatment with a group. The study, published in the journal Cognitive Behavioural Therapy, found no difference in outcomes between the two groups.

Experts involved believe the findings could help combat long NHS waiting times to see a therapist and give people an alternative to conventional therapy.