He who dares swims! Hilarious moment grandfather gets a soaking as he tries to jump a stream for a £10 bet

A grandfather was left red-faced – and very wet – after betting his daughter £10 that he could jump across a stream before failing miserably.

Kimberley Soutar filmed her father Ian’s disastrous attempt to win the cash when they were out for a walk around Monikie Country Park in Angus, Scotland.

Mr Soutar said he would be able to jump the stream ‘no bother’, but claimed he would only do so if there was money on the challenge.

Ian Soutar, pictured, tried to leap across a narrow stream in Angus while walking with his family 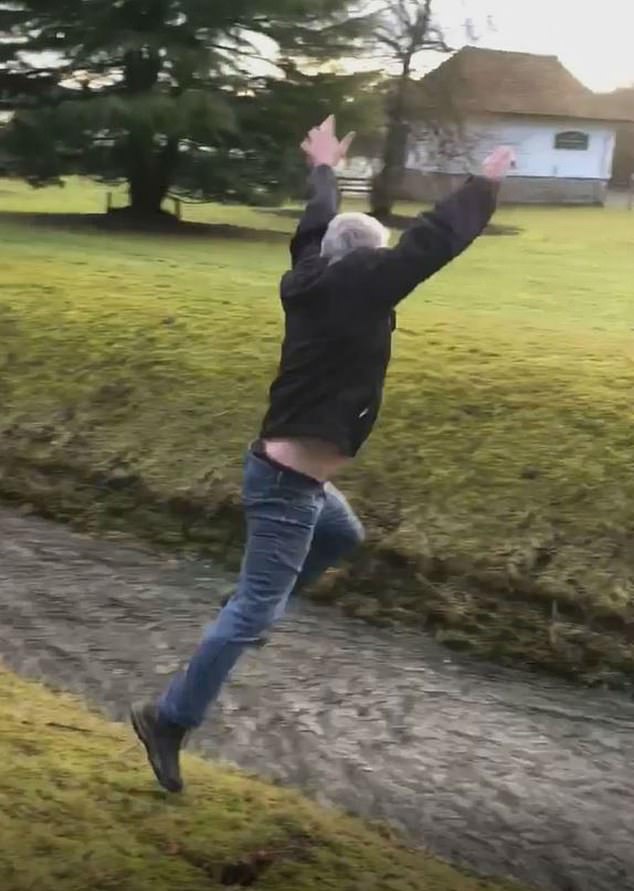 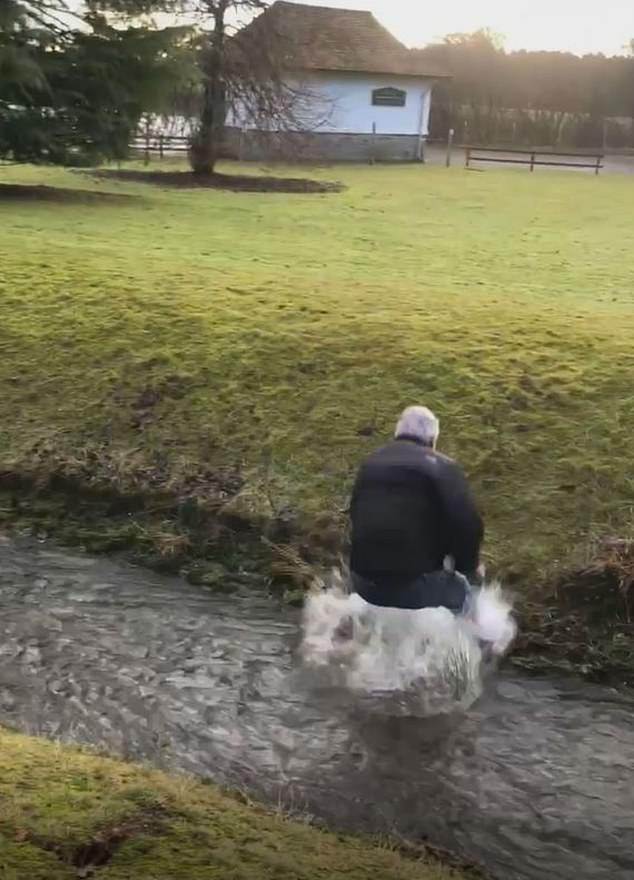 His family agreed the £10 bet before calling the 55-year-old from Letham, Angus to ‘do it’.

Mr Soutar spends a few seconds preparing himself for the jump.

Unfortunately, Mr Soutar does not have the momentum to carry him up the opposite bank.

He lands clumsily in the stream, loses his balance and falls backwards into the water with a splash.

While lying in the stream, Mr Soutar describes the water as ‘icy’.

Ms Soutar posted the footage on Facebook on Sunday and said: ‘2020 has been really s****, but I think we can all agree that spending time with family makes everything better.

‘Safe to say my Dad didn’t win the £10 bet. Please watch until the end you won’t be disappointed.’

Ms Soutar added: ‘My dad started to say he could jump the stream “no bother” as we were passing and my sister said now way.

‘I said I thought it was manageable and that if he did it I would give him £10 so he said give the money to your sister first.

‘So I got my phone out just in case, that’s when he started to walk away and the rest is history.’ 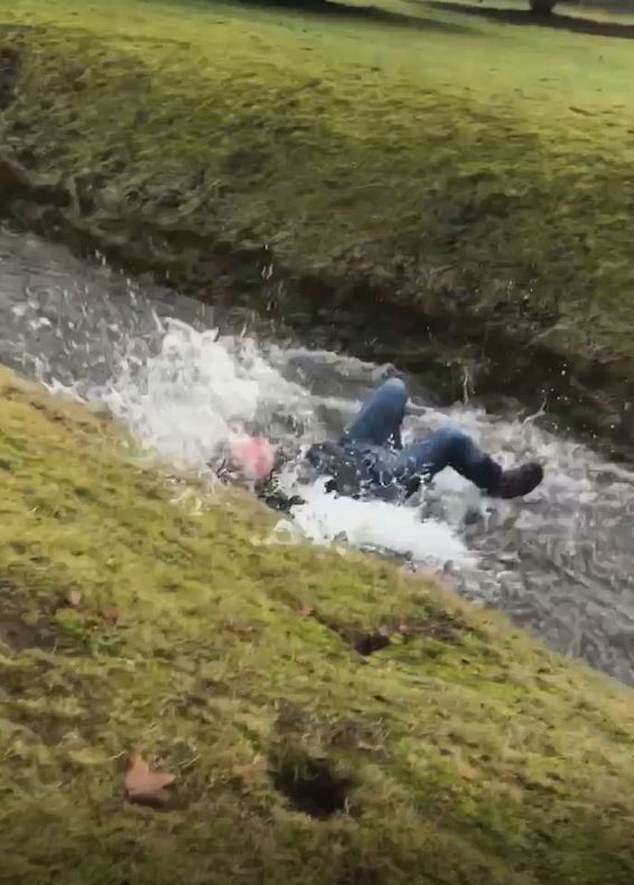 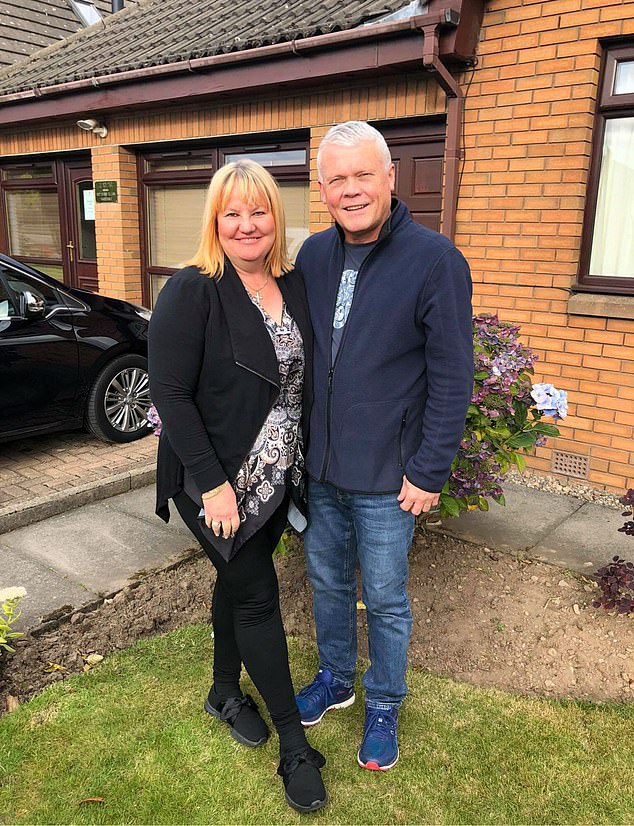 Mr Soutar, pictured with his wife Elmarie, complained about the water being too cold

Ms Soutar added: ‘He says he doesn’t want the fame, just the money.’

Social media users commented on the footage.  Drew Webster wrote: ‘You’ll need to see a back specialist after this.’

Deborah Gillan said: ‘Oh my god Ian, good on you!’