Victims of Britain’s most notorious banking fraudsters will be offered a £3million settlement package.

Up to 200 small business owners lost huge sums when their firms were targeted by rogue advisers and bankers at the Reading branch of HBOS between 2003 and 2007.

Lloyds, which rescued HBOS during the financial crisis in 2009, has been promising to compensate victims for several years.

But nearly two decades on, a series of bungled attempts have left many still suffering.

Now, in an attempt to draw the scandal to a close, Lloyds is ready to offer all customers who have been classed as victims a £3million lump sum each.

In January 2017, six people – including two former employees of HBOS – were sentenced to up to 12 years in prison for their role in the scandal.

They pushed small businesses to collapse, milking them for advisory fees along the way, and used the cash to go on luxury holidays, pay for sex parties with escorts including Suzie Best, buy expensive watches and even fund a yacht called Powder Monkey.

One of the accused, HBOS’s Lynden Scourfield, was described by the judge as being driven by ‘rapacious greed’.

The Foskett Panel has been re-reviewing cases since 2020, but fewer than a dozen of around 200 have been resolved.

While some businesses claim they are owed more than £3million, it is thought that many will take Lloyds’ offer because they are getting too old, have developed illnesses, or simply want the saga to be over.

Paul and Nikki Turner set up the SME Alliance to represent victims of bank malpractice after their business was defrauded by the crooks. 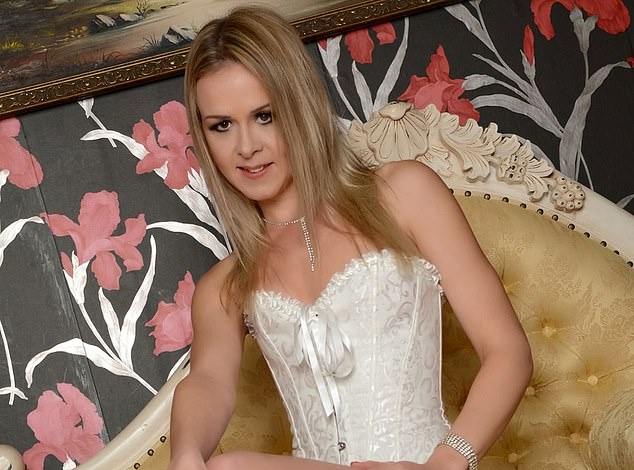 Rogue advisors pushed small businesses to collapse and used the cash to go on luxury holidays, pay for sex parties with escorts including Suzie Best (pictured)

Andy Keats, who now leads the organisation, said he had been working with the Foskett Panel to come up with the compensation package.

He said: ‘The £3million is a tax-free sum which will be given to those who accept it.

‘It’s not in any way compensation for what happened, but they are entitled to take it.’

When asked whether the amount was good enough for victims, he said diplomatically: ‘It’s good for those who were seeking that amount.

‘And it will be good for those who want to accept it.’

He added that he was surprised by the number of people who had said, in conversations with the SME Alliance, that they would be willing to accept £3million.

‘There’s people who have said “I’m not that well” or “It’s not what I’m due but if I have it then the rest of my life will be comfortable”,’ he said.

A Lloyds spokesman said: ‘We remain extremely sorry to all the customers who were impacted by the crimes committed at HBOS Reading and our intention has always been, and remains, to provide fair and generous compensation to those impacted by the fraud.

‘We have been engaging with Sir David Foskett and his panel, along with other stakeholders, as the panel considers how best to speed up progress with assessing customer cases.’

The spokesman added: ‘We believe the panel’s changes to the process will achieve that aim.’