The TV show is marketed as the origin story of Velma Dinkley – played by Kaling – who is described in the tag-line as ‘the unsung and underappreciated brains of the Scooby-Doo Mystery Inc. gang’.

While touting itself as an ‘original and humorous spin,’ many fans believe the spin-off has strayed too far from the source material, with characters described as ‘unlikeable’ and ‘oversexualized’ teenagers.

While the show garnered a Rotten Tomatoes rating of 11 percent following its premier, the latest two episodes have seen it fall even further to just 6 percent. On IMDB, the show has a 1.3/10 rating – making it the nearly the worst reviewed TV program ever. 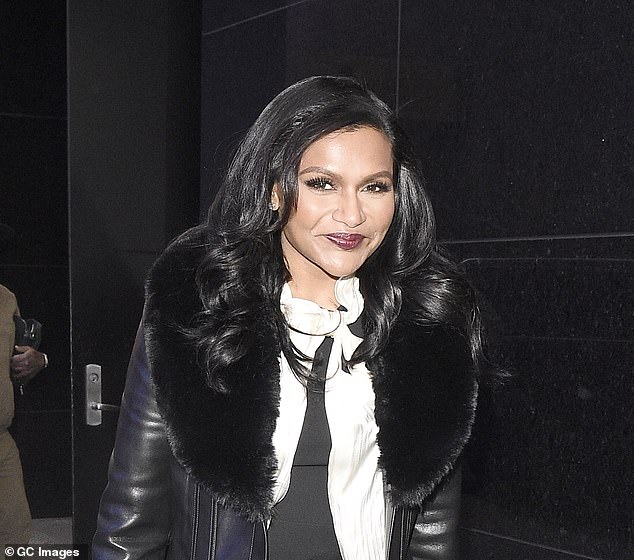 Velma or Mindy: some viewers have complained that Kaling inserted herself into the show rather than telling the ‘origin story of Velma Dinkley,’ as the logline claims

The many critics of the show claim characters have lost any semblance of their original personalities – with Fred depicted as a rich kid insecure in his own masculinity; Daphne as school mean girl who deals drugs; and Shaggy as a nerd worried he’s a beta male.

Another big complaint is that the new characters are simply unappealing protagonists – who don’t even seem to like each other very much.

As one reviewer wrote: ‘One of the best parts of SD is the gang’s sense of family and friendship. They love each other. The new Velma show is appalling to change that core relationship.’

The two other TV shows ranked lower than Velma on IMBD are The Pogmentary – a documentary about footballer Paul Pogba – which comes in at 1.1/10, and Iste Bu Benim Masalim – a show about the rise of a Turkish teen star – which has a 1.2/10 rating.

Wednesday has now achieved 752.52M hours viewed ever since its November 23 debut and has been watched in around 115M households.

While Velma premiered as the most-watched original animated show from HBO Max, its dire ratings have since sunk its viewer numbers, as the episodes continue to be released weekly in pairs until the season finishes on February 9th.

Critics, however, are having a field day with the lambasted adaption.

‘Show runner really just slapped down Scooby Doo names but none of them are actually their characters Just blatantly using the franchise name for their own show when it has nothing to do with Scooby Doo,’ one user tweeted. 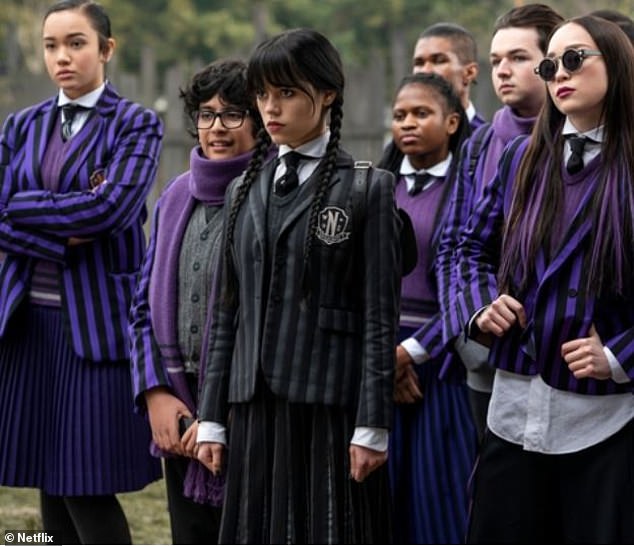 ‘The sad thing is an adult scooby doo adaptation could really work if they actually stayed true to the characters and the mystery gangs’ dynamic instead of being edgy for the sake of being edgy,’ a second user stated.

As far as the ‘humor’ goes, some feel the show makes too far of a departure from ‘campy’ to ‘edgy,’ even toeing the line of mean.

‘I find the changes in Velma weirdly cynical for a freaking scooby doo spinoff,’ one stated. ‘Like you don’t HAVE to add alpha male bs or drug abuse plot elements to a camp kids show about adults dressing up as ghosts for inheritance money.’

Another tweeted: ‘My only real thought on ‘VELMA,’ just from the trailers, is that it does not seem to come from a place of loving (or even at all enjoying) the source material. It’s a strangely mean-spirited twist with *seemingly* no effort made to understand its own basis or fandom.’

The show’s character descriptions highlight the differences in these new versions of the Scooby gang.

Joined by the ‘underappreciated brains’ Velma are Daphne (Constance Wu) – a popular mean girl orphan who deals drugs because of a dark family secret, Fred – a personification of mediocre white richness with ‘teeny widdle privates’ – and Shaggy, now known as Norville – a school nerd who worries he’s a beta male. 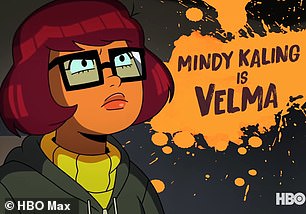 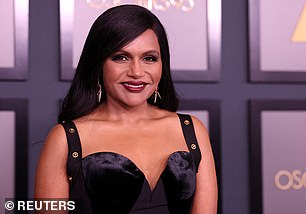 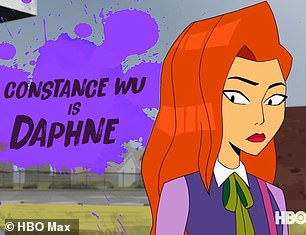 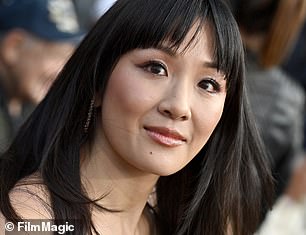 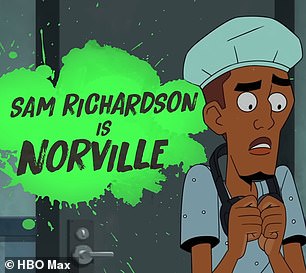 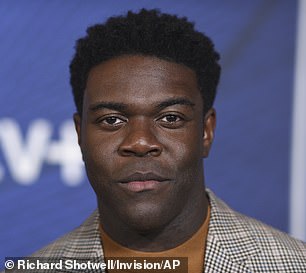 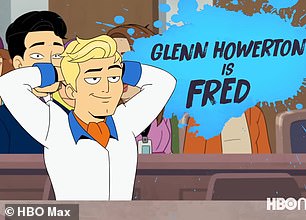 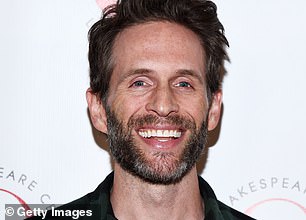 One big complaint from viewers is that the characters in this spinoff are ‘unlikeable’ and untrue to how they were originally written.

In the trailer, Velma doesn’t to seem have a great relationship with any of the gang as she called Fred rude while calling Daphne a b**** in grafitti.

The trailer dropped the day before the series hit HBO Max and was not well-perceived. The streaming platform was forced to turn off the comments section and hide the dislikes, but according to one user, it accumulated over 100k dislikes within 24 hours and they have their own theory as to why.

‘Take away everything you loved about Scooby Doo, add cringy dialogue and make all the characters unlikable and you have the new Velma series in a nutshell,’ they tweeted.

They added: ‘This trailer for the new Velma series has over 100K+ dislikes, which should pretty much tell you that nobody wants this.’ 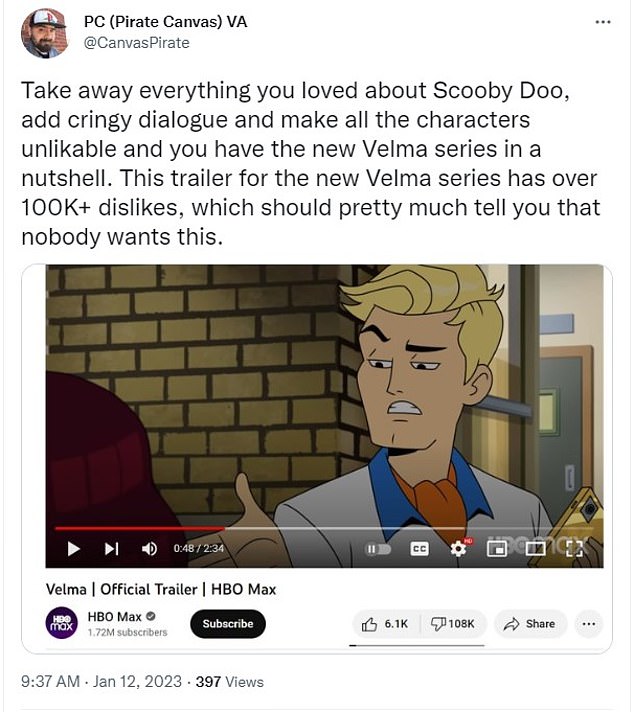 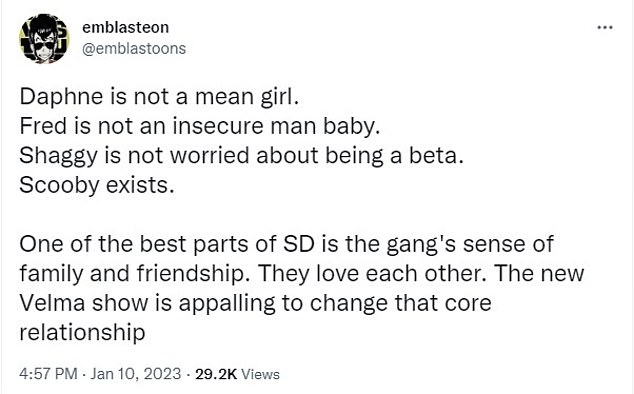 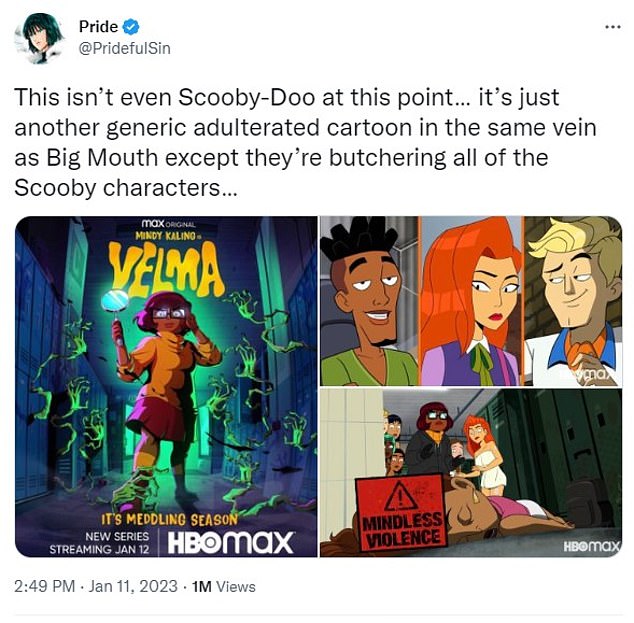 Another primary complaint is the sexual nature of the animated series starring a cast of 15-year-old kids.

‘No shade against velma but i can’t be the only person a bit weirded out at “adult animated” comedies taking place in high school starring characters that are like 15…right,’ one user tweeted.

Another wrote, ‘Velma was just boring and unfunny and sexualized teens. They’re literally 15-16. I saw the first episode to give it a chance, and i’m not going to watch the rest I was bored 8 minutes in, It’s basically a self insert ruining of the Scooby gang (minus scooby).’

Velma’s overtly sexual tones have drawn comparison to other series like Riverdale and Big Mouth. 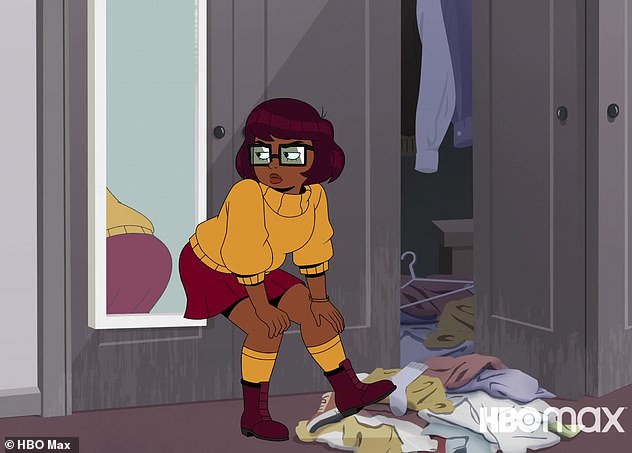 The HBO Max series draws comparisons to raunchy shows like Big Mouth and Riverdale as Velma twerks into her mirror, pictured above 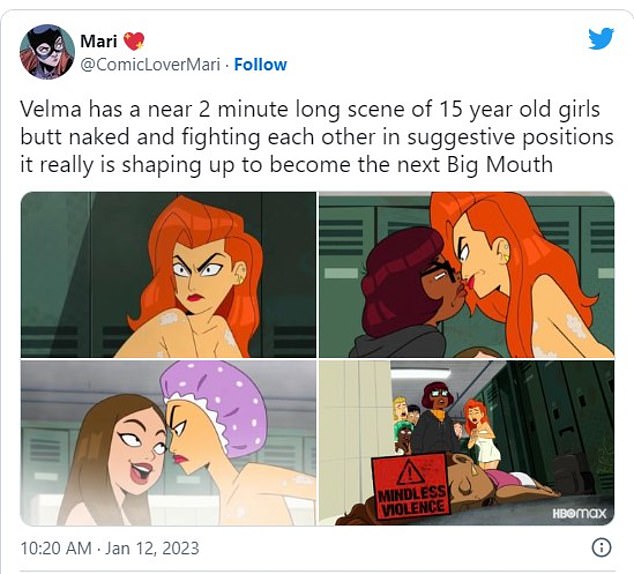 ‘Velma has a near 2 minute long scene of 15 year old girls butt naked and fighting each other in suggestive positions it really is shaping up to become the next Big Mouth,’ one wrote.

In spite of the backlash, Kaling took to Twitter and expressed her pride in the show. Interestingly, she mentioned voicing Velma but not her role producing.

‘I’m so honored to voice Velma in this hilarious (and sometimes very scary!!) show, created by @CBGrandy and featuring some of the most killer actors in every role! It’s out RIGHT NOW GUYS on @hbomax!

Kaling also brought up one of the show’s positive changes – the introduction of diversity.

‘I think of the characters in this as so iconic, but in no way is the gang defined by their whiteness, except for Fred,’ she explained. ‘So, I was a little bit surprised and I think most Indian-American girls when they see this skeptical, hardworking, kind of underappreciated character, can identify with her.’

‘I think the vast majority of people are excited and ready for it and the show is for them,’ she added.

She knew from the start that she wanted to voice her character and admitted that her decision to make Velma South Asian was inspired by Into the Spiderverse.

‘We knew it would be fun for me to play Velma, but we had a conversation where Velma is white, and we have this new choice to do the show and if I’m voicing her, should she be white or should she not?’ she told EW.

‘And I identify so much as her character, and I think so many people do, so it’s like, yeah, let’s make her Indian in this series,’ she explained.