Anne Frank, After The Annex: Haunting book reveals what became of 15-year-old diarist after her family were dragged off by the Nazis

By Chris Dean For Mailonline

HER remarkable, compelling and haunting diary is one of the most significant books of the 20th century. But little has been known of what happened to Anne Frank after she was dragged out of her hiding place by the Gestapo in 1944 – until now.

A brilliant new book, After The Annex: Anne Frank, Auschwitz and Beyond – an exclusive extract of which is available on The Mail+ today – pieces together the chilling final months of the Jewish teenager and her family.

Drawing on testimony scattered in various archives and obscure publications, writer Bas von Benda-Beckmann has produced the most comprehensive and detailed account of the 15-year-old’s last days ever published.

Anne Frank: The  Diary of a Young Girl is one of the most significant works of the 20th century 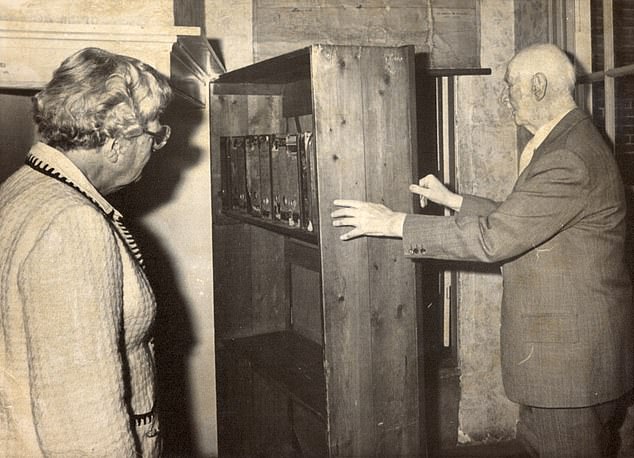 Anne and her family – including father Otto, right – hid in an annex behind this bookcase

He reveals harrowing stories about a friend’s attempts to throw food parcels over a barbed-wire fence to a starving and freezing Anne, as well as the punishing work she was given splitting open old batteries with a chisel and hammer – and her father’s attempts to get her a job cleaning toilets instead.

Amid the horror, one friend recounts that Anne would spend a lot of time with Peter van Pels, a teenager whose family hid with the Franks in their Amsterdam annex. ‘They were always together and I often said to my husband: “Just look at those two beautiful young people”,’ she said. ‘At first, she was very pale, but her gentle and expressive face was so attractive. Perhaps I shouldn’t really say that Anne’s eyes shone. But they did shine, you know. She was happy …’

Anne, who would be 93 if she was alive today, and her family hid from Nazi persecution in the annex behind a bookcase in their Amsterdam home for two years before being caught.

After The Annex: Anne Frank, Auschwitz and Beyond is a fascinating and horrifying insight into period between the Gestapo raid on the Franks’ bolthole and Anne’s death in 1945. Click here to read an exclusive extract now, only on The Mail+.