After almost two years of Covid lockdowns, Sydney’s nightlife has returned to its former glory as party-starved Australians dust off their dancing shoes and hit the streets.

Thousands of revellers flocked to bars and clubs across the Harbour City on Thursday night to mark the beginning of the first Easter long weekend since 2019 without a raft of restrictions.

Despite daily Covid infections still soaring – with 17,856 reported in NSW on Thursday before a drop to around 10,000 daily over the public holiday weekend – many believe it is time to learn to live with the virus now vaccination rates are high.

Sydneysider Elissa, who hit the city over the weekend, started going back out around the start of this year as restrictions for venues began to ease.

She is still yet to catch Covid, but believes the fear of contracting the virus should not stop people from living.

‘Covid is Covid. You’ve got to learn to live with it,’ she told Daily Mail Australia.

Elissa and friend Michelle said the atmosphere in the city began to feel normal again about two months ago.

‘It’s been really good. It’s been good to go out,’ they said.

For Sinead, Thursday was the first time she had been out with friends to have a drink in a bar since the start of the pandemic.

‘We never went out before. We were really apprehensive [about getting Covid]. We didn’t want to impact our family or work,’ she said.

‘But now everyone’s vaccinated we feel at ease. It’s great to be out. ‘

Alana and Jess said packed bars in the city appeared to be ‘totally back to normal’ with ‘happy, positive vibes’. 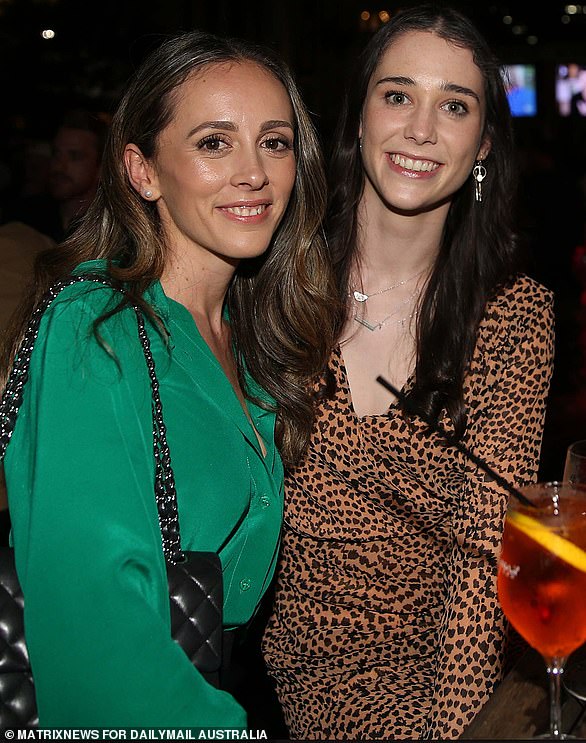 ‘I was going out as soon as everything started opening up because I was so excited,’ Jess said.

‘It’s just good to see people out. It’s so much fun.

‘Once we’d had it [Covid], there were no worries [about having it again] at all.’

Nat and Liz stopped into a packed bar in Sydney’s CBD on Thursday night to have a drink.

They started going out as ‘soon as we could’ and have been ‘loving it’.

Although the risk of catching Covid remains high, the pair said vaccinations made it safer for people to be out and about.

‘I’ve had Covid, I’m invincible,’ their friend, who wished to remain anonymous, joked.

Nat added: ‘I had it a few weeks ago, so now I’m fine. Everyone is vaccinated now, so if you go out, you risk getting it, but you’re unlikely to get seriously ill.’

Dan joked that he was a ‘degenerate’ who has been going out since January.

‘The rain has been more of a problem than lockdowns,’ he said.

‘This bar is closed when it rains.’

His friend Mark had just arrived in Australia from Singapore, which only eased lockdown restrictions a few weeks ago.

Mark believes the majority of people are no longer concerned about catching the virus.

‘I think most people are comfortable with the idea that they are going to get it, or they have already had it,’ he said.

Kate went out on Thursday night for dinner to celebrate her 20th birthday with her friend Hannah.

After lockdown lifted, the pair started going out ‘heaps’. 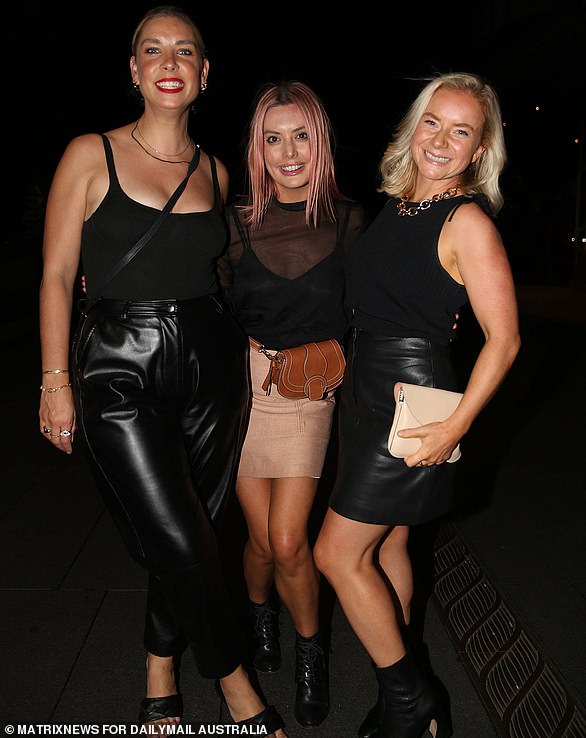 Friends Laura, Brooke and Georgie reunited in Sydney for a night out after being separated across state borders for almost 12 months