Harvey Weinstein will fight extradition from New York to Los Angeles for an upcoming sexual assault trial amid fears he may contract COVID-19 for a second time, his attorney has revealed.

The shamed former Hollywood mogul is currently serving a 23-year sentence in the Wende Correctional Facility in upstate New York after being convicted of committing a criminal sex act in the first degree and rape in third degree back in March.

However, the LA District Attorney’s Office has requested Weinstein be extradited to City of Angels as he’s set to go on trial for a second time for five other felony sex crime charges.

Weinstein’s lawyer, Norman Effman, told TMZ that his client will be fighting the move because he believes it could pose a substantial risk to his health.

Harvey Weinstein will fight being extradited from his New York jail cell to Los Angeles for a new sexual assault trial amid fears he may contract COVID-19 for a second time, his attorney has revealed

Though the 68-year-old tested positive for coronavirus in March and later recovered, Effman said there’s no guarantee Weinstein now immune from the virus.

Instead, Effman said he believes Weinstein’s health could actually be at serious risk if he were to be transferred into LA county’s jail system for the duration of the trial, which has been plagued by outbreaks of COVID-19 since the pandemic began. 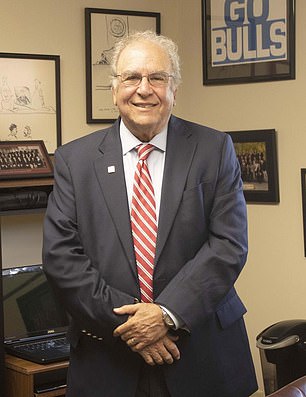 Weinstein’s lawyer, Norman Effman, told TMZ that his client will be fighting the move because he believes it could pose a substantial risk to his health.

Across the entire state, the virus has killed at least 52 inmates and sickened more than 8,700 others. Nearly 2,000 state prison system employees also have been infected and eight have died.

The attorney also pointed out that cases of the deadly virus have been surging across the state generally.

Meanwhile, the Wende Correctional Facility, where Weinstein is being held, currently has a low infection rate and no coronavirus deaths to date – which Effman suggests is a much safer environment for his client to remain in.

Effman said that Weinstein isn’t fighting the extradition completely – he just wants to wait until the infection rate decreases in Los Angeles.

The convicted sex offender was supposed to set off for LA in May but the pandemic delayed his trial.

A new hearing is set for this week to address Weinstein’s request. 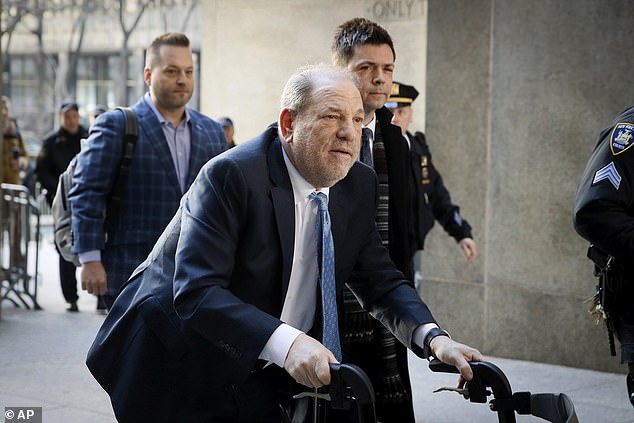 In LA, the former Miramax chief faces five felony charges, which include sexual battery by restraint, forcible rape, sexual penetration by use of force, sexual battery and forcible oral copulation.

Adding to his woes, Weinstein was hit with a new lawsuit in New York on Friday by a woman who says he sexually assaulted her at film festivals in France and Canada.

His accuser, who filed the federal suit in Manhattan as Jane Doe, claims Weinstein first approached her at the Cannes Film Festival in 2007 when she was a 22-year-old aspiring actress.

Weinstein is said to have told the woman he wanted to discuss her career, and then set up a meeting with her and his assistant inside his Majestic Hotel suite, the suit alleges.

All three of them spoke briefly about her aspirations, before his assistant left the room, and Weinstein started to sexually assault her, according to the suit.

The accuser claims she was able to run out of the room ‘before he could rape her’, however agreed to meet with him twice more during the festival. 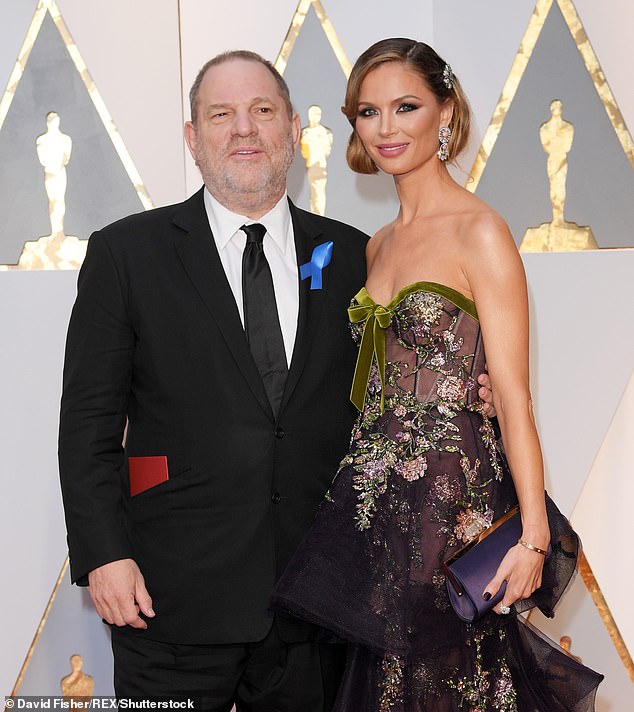 Weinstein, pictured with his ex-wife Georgina Chapman, contracted coronavirus in March and recovered

During their third meeting, Jane Doe claims Weinstein raped her after a party they attended with a number of other film industry executives.

‘After Plaintiff and Weinstein met with various people in their hotel suites, Weinstein brought Plaintiff back to his hotel suite. Weinstein then used his considerable size and strength advantage to pin Plaintiff down and rape her,’ the suit says.

The woman claims Weinstein assaulted her numerous other times over the next nine years, including once at the Toronto Film Festival in 2014.

According to the suit, Weinstein hounded her to meet with him in his hotel room to discuss her career once again. After telling him she was in a relationship, Weinstein is said to have assured her that he ‘wouldn’t do anything.’

After agreeing to meet with him on those grounds, Jane Doe says once inside the room, ‘Weinstein began to force himself physically on [her]. Weinstein again tried to force Plaintiff into sex acts against her will.

‘When [Jane Doe] tried to fight him, Weinstein used his strength and size to pin her down. After much effort, Plaintiff managed to leave the room without Weinstein sexually penetrating her,’ the suit says.

The unnamed accuser is seeking a jury trial and unspecified damages.