‘I don’t think of myself as a style icon’: Harry Styles dons dresses and heels and discusses his new beauty brand as he covers Dazed magazine

Harry Styles made a style statement as he posed for the cover of Dazed magazine’s winter issue in a series of flamboyant dresses, as well as a pair of kitten heels.

The singer, 27, announced he is hoping to fill cabinets across the world with his new beauty brand, entitled Pleasing, where nail polish sets cost $65.

Yet he insisted that he ‘doesn’t see himself as a style icon’, despite pushing the boundaries with his genderfluid fashion.

Harry told the publication: ‘It’s funny because I don’t think of myself that way [as a style icon]… but bringing people together is the thing I’m most proud of.

‘At shows I get kind of a front-row seat to see a bunch of people getting in a room together and just being themselves.’

Harry went on to discuss his new beauty brand Pleasing, noting: ‘It’s starting with nail polish, because that was kind of the birth of what it was for.

Smouldering: Harry showcased his modelling skills as he posed on a motorbike for the cover

‘Me seeing a colour on a flower or a wallpaper or something and thinking, “Oh, I wanna put that on my nails.” It was a fun little project, but during the pandemic, and when we eventually named it Pleasing, it felt like it was so much more than nail polish.

‘I’ve always found that the moments in my life which have brought me the most joy are the small ones, whether it be, you know, the end of the night under the stars or a bite of food, or sitting with your friends thinking, “Oh, I’m never gonna forget this.”

‘It’s always those moments that I find have the longest-lasting effect on me, in terms of sparking something wonderful in me. I really think that the essence of Pleasing is finding those little moments of joy and showing them to people.’ 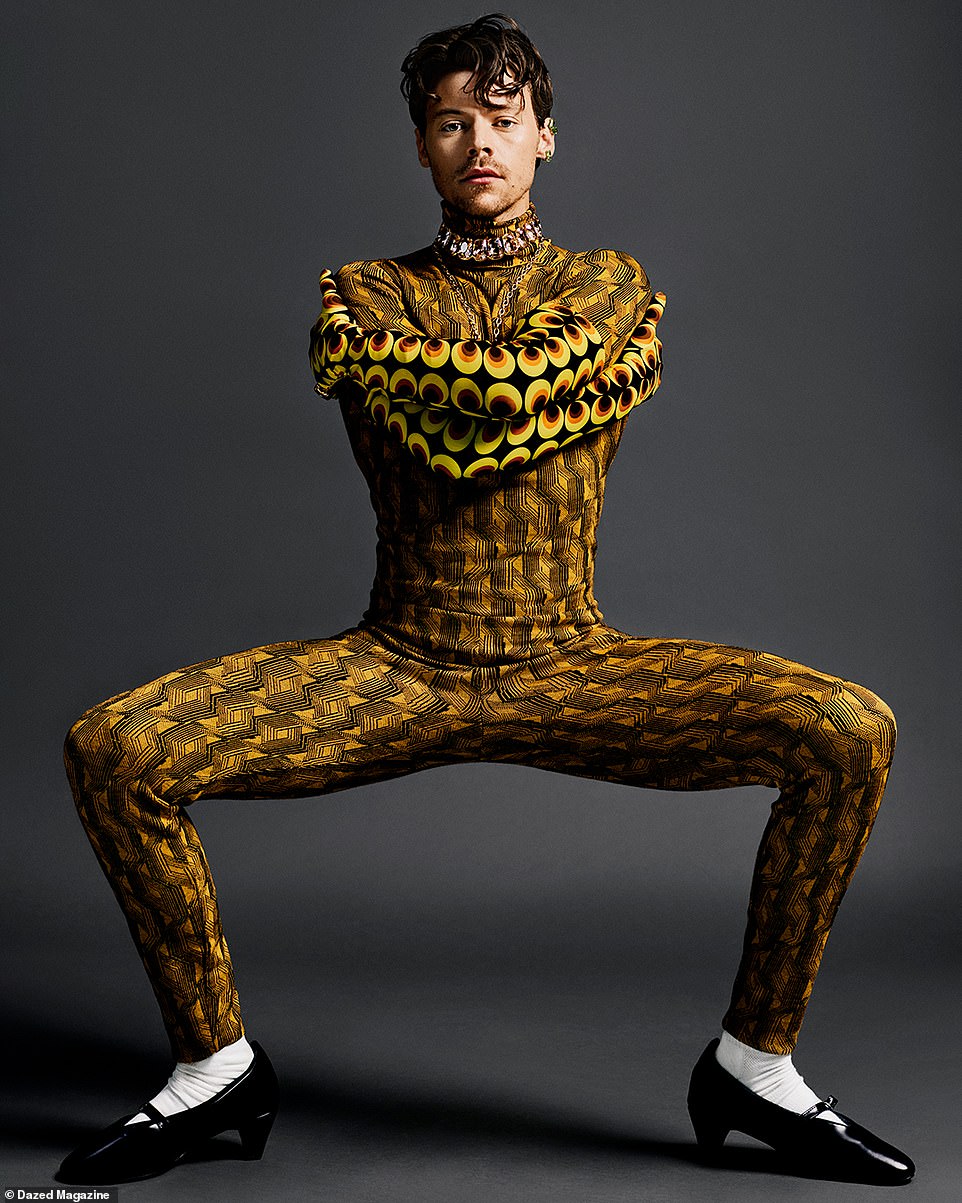 Pose: In one look, he donned a bright yellow patterned bodysuit and black heels

Harry is known for pushing the boundaries when it comes to his style, becoming the first man to wear a dress on the cover of Vogue magazine last year.

Harry’s Vogue headlines sparked a debate when it was released, with right-wing commentator Candace Owens hitting headlines by blasting the styling and the ‘steady feminization of our men’, calling for society to ‘bring back manly men’.

Read the full interview in Dazed magazine, out now. 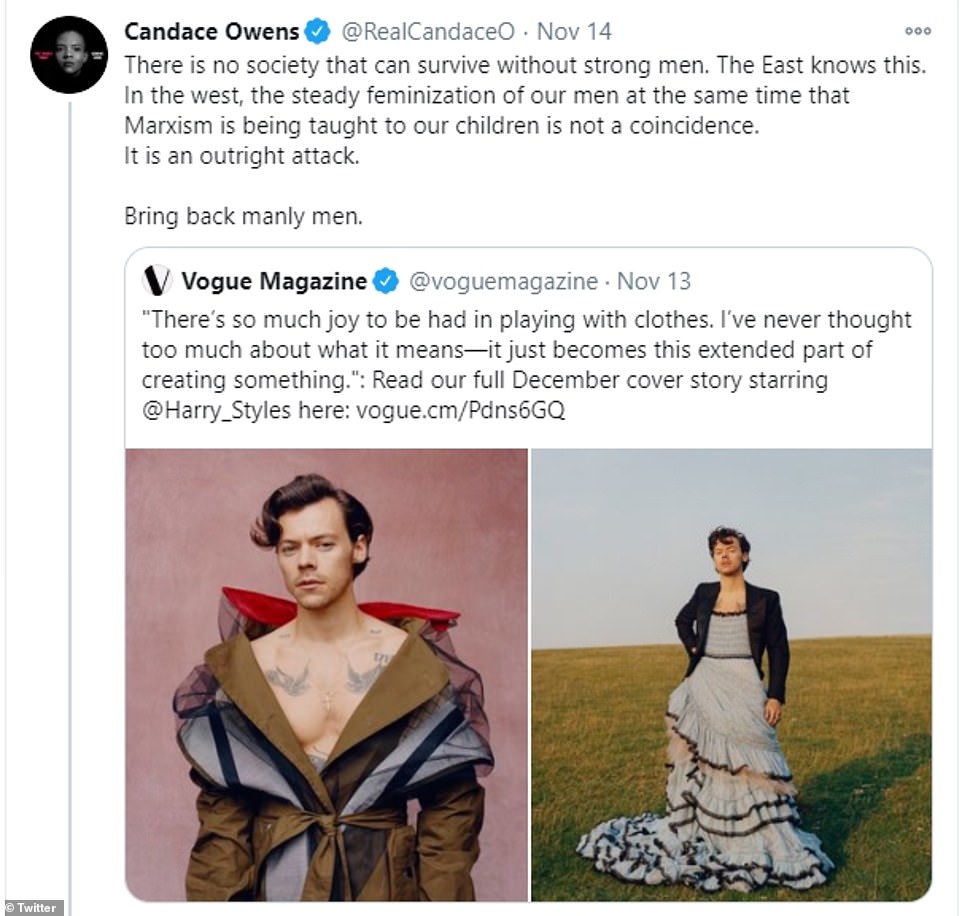 Comments: Harry was the first man to wear a dress on the cover of Vogue magazine last year sparking backlash from US commentator Candace Owens