A Harry Potter actor has mocked new Liberal leader Peter Dutton over claims he looks like the evil wizard Voldemort. making a mock pledge of allegiance.

UK actor Jamie Waylett, who played Vincent Crabbe, a henchman to Potter’s school foe Draco Malfoy, said he was sorry that Mr Dutton had been ‘outed’ by Labor MP Tanya Plibersek as Voldemort.

‘Hopefully no one else finds out and we can take over and we’ll get stronger day by day,’ Waylett said, after calling himself Crabbe.

‘The rest of the Slytherins reached out and they told me.

Jamie Waylett, who played a villain in the Harry Potter film franchise, has ‘pledged allegiance’ to new Liberal leader Peter Dutton because of his supposed similarity to evil wizard Voldemort

‘As soon as I heard I thought I have to get in contact with you and make this possible and just sort this out, because no one can know our secret.

‘I mean, no one can know that you’re still about.

‘As far as everyone’s concerned, you know, you’re gone, but we know the truth, so our time come, your time will come, my lord.’

While referring to himself as a Slytherin Waylett showed off a large snake tattoo he had on his arm, which is the animal emblem of the group that makes up the bulk of those who support the franchise’s main villain Lord Voldemort.

The video was posted on the Friendly Jordies Instagram channel, which is run by commentator and activist Jordan Shanks-Markovina.

Friendly Jordies is well known for posting trolling content especially aimed at the conservative side of politics.

Waylett played the thuggish Crabbe in six Harry Potter movies but did not appear in the last two after he ran into legal trouble for drug possession and was later jailed for taking part in the 2011 London riots. 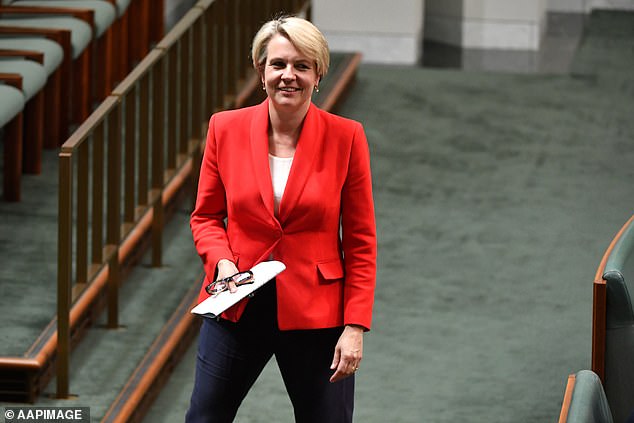 ‘I think there will be a lot of children who have watched a lot of Harry Potter films who will be very frightened of what they are seeing on TV at night,’ she said.

‘I am saying he looks a bit like Voldemort. We will see whether he can do what he promised he would do when he was last running for leader, which is smile more.’

Reportedly following the intervention of Prime Minister Anthony Albanese, Ms Plibersek said she had ‘unreservedly apologised for the remarks’. 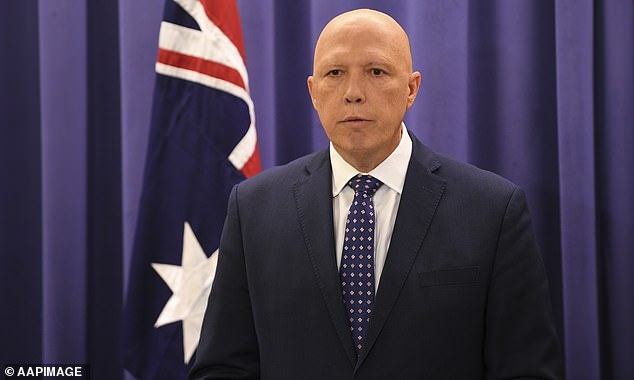 Mr Dutton told 2GB the next day that the comments were ‘water off a duck’s back’  but were ‘unfortunate’.

‘I don’t think you need to be nasty and mean,’ he said.

‘I’m not the prettiest bloke on the block but I hope that I’m going to be pretty effective.’

Mr Dutton said his baldness was the result of a skin condition.