Harry Kane broke a near-century old record by netting his 16th England goal in 2021 – more than any other Three Lions player in a calendar year.

The England captain was in incredible form for Gareth Southgate’s men on Monday night, scoring four first-half goals in Serravalle – including two penalties – to put England 6-0 up at the interval.

Before the match, Kane was on 12 goals for this calendar year which was tied with George Hilsdon’s total in 1908 and Dixie Dean in 1927. 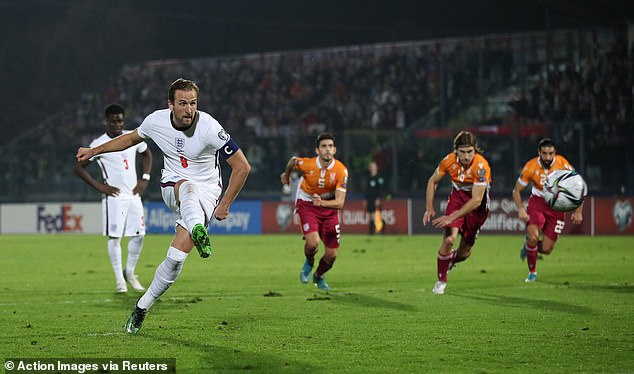 What makes Kane’s achievement astonishing is that he was on nine Three Lions goals for the calendar year just last week – but now has seven in a matter of days to break the record which stood for 93 years.

Kane is also the fourth player to score a hat-trick for England in back-to-back games, after Dean in 1927, Vivian Woodward in 1909 and Tommy Taylor in 1957.