Harry and Meghan have been moved to the bottom of the Royal Family’s website alongside the disgraced Prince Andrew.

Links taking readers to pages dedicated to the Duke and Duchess of Sussex had previously been placed around halfway down the page – below senior royals and above minor members of the family.

But after the webpage was updated following the death of the Queen earlier this month, Harry and Meghan have now been moved down below the likes of Princess Alexandra and the Duke and Duchess of Gloucester.

Prince Michael of Kent and his wife Marie-Christine, neither of whom are working royals, have been removed from the page entirely.

It comes as King Charles is widely reported to be planning a ‘slimmed-down’ monarchy during his reign, believing the public does not wish to pay for an ever-expanding Royal Family.

Meanwhile, Princess Alexandra, the Duke of Kent and the Duke of Gloucester, the Queen’s cousins, all remain on the page as they are still working members.

TODAY: The Duke and Duchess of Sussex have been moved to the bottom of the Royal Family website alongside Prince Andrew 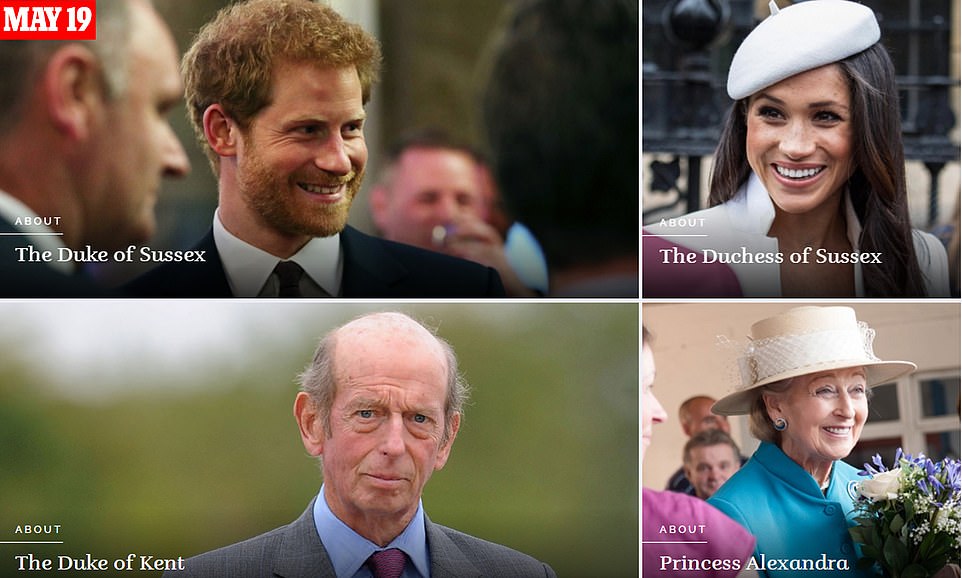 MAY 19: Links taking readers to pages dedicated to the Duke and Duchess of Sussex had previously been placed around halfway down the page – below senior royals and above minor members of the family

The Kents have carried out more than 200 public engagements, all funded by the Prince’s own household as opposed to taxpayers.

The Sussexes were first moved down the page around 15 months ago, having previously sat below the Prince and Princess of Wales. to below the Wessexes and the Princess Royal.

It comes as Harry and Meghan are understood to have returned to California the day after the Queen’s funeral without resolving their differences with King Charles and Prince William.

Harry and William stood side-by-side in support of their father as he mourned his mother’s death, while there was also a joint engagement with Meghan and Kate visiting flowers and tributes in Windsor in the days leading up to the Queen’s state funeral.

But it remains to be seen if this fragile truce will hold, especially with Harry’s memoirs due out later this year.

The Sussexes stayed at Frogmore Cottage at Windsor on the evening of Monday’s funeral – but were reported to be heading back to California as soon as possible to be with Archie, three, and Lilibet, one, after two weeks away.

But the couple are still waiting on whether their two children will be given titles of prince and princess.

Following the death of the Queen, the Sussex children are entitled to prince and princess and the HRH titles as grandchildren of the monarch.

But despite William and Kate’s titles having been updated to the Prince and Princess of Wales, Archie and Lilibet’s have not yet changed.

A Buckingham Palace spokesperson said: ‘Updating live on a website doesn’t quite work. We will be working through updating the website as and when we get information.’

It comes as Meghan’s ‘Archetypes’ podcast is to return with comedian and actor Margaret Cho next week.

The duchess had paused the release of her Spotify podcast for the duration of the mourning period for the Queen.

But Archetypes will return on Tuesday, October 4, with a conversation about Asian American tropes in the entertainment industry. 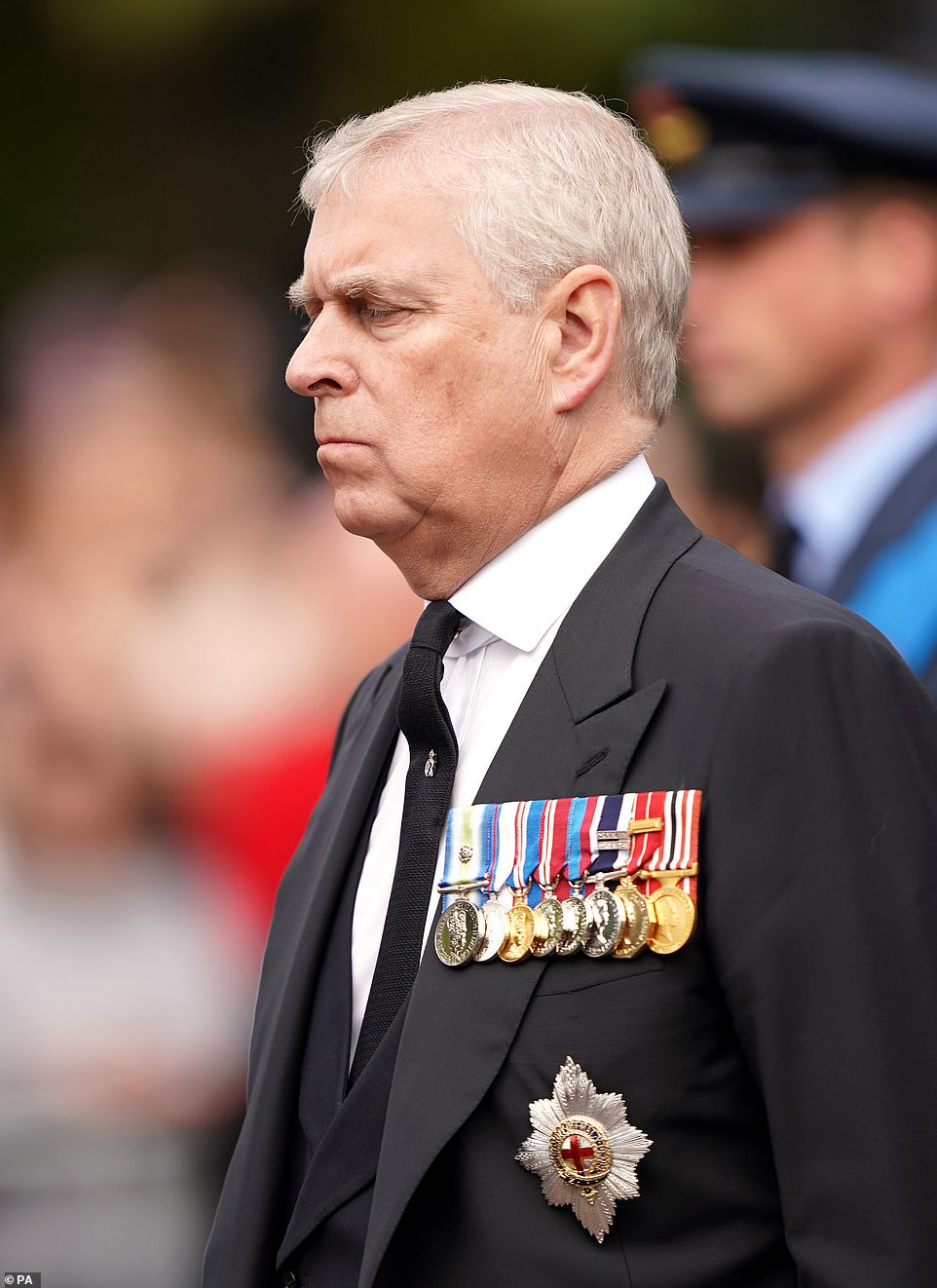 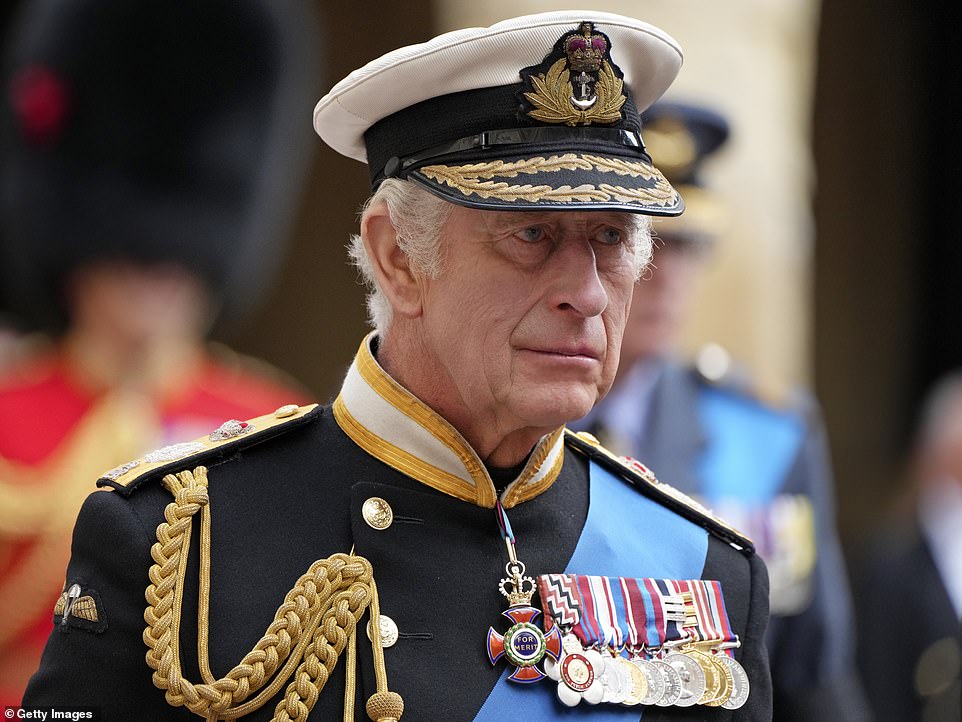 Three full episodes of the audio series have been released since its launch on August 23, featuring conversations with veteran tennis player Serena Williams, pop star Mariah Carey and most recently with actress and producer Mindy Kaling on September 6.

Meghan and Harry signed a lucrative deal with the audio streaming giant to host and produce podcasts, estimated to be worth around 25 million US dollars (£18 million), in late 2020.

Other upcoming guests are understood to include comedians actress and writer Robin Thede and comedian Ziwe Fumudoh.

Archetypes was launched with the aim of investigating ‘labels that try to hold women back’ through conversations between Meghan and historians, experts and women who have experienced being typecast.

So far episodes have featured titles such as The Duality Of Diva and The Misconception Of Ambition.

The Sussexes were in the UK attending non-Royal charity events when the Queen died on the day before they were due to fly back to their home to Montecito, California.

In the aftermath of his grandmother’s death, Harry struck a fragile truce with his brother William – appearing together for a walkabout among well-wishers in Windsor following the funeral.

The brothers also walked alongside each other as she was moved from Buckingham Palace to Westminster Hall to lie in state for four days.

But the days leading up to the state funeral were fraught with controversy, with Harry dismayed after being told that Meghan was not invited to join him in flying up to Balmoral to be by his dying grandmother’s bedside.

Later, he reportedly failed to accept an invitation to join his father for supper at Birkhall, his private home nearby.

In his first address to the nation as monarch, the King appeared to extend an ‘olive branch’ to the couple.

But others believed it was no more than a PR bid for unity in the hours after the Queen’s death.

The month after the Sussexes moved from Windsor, the couple relocated their office from Kensington Palace to Buckingham Palace, effectively ending the Harry and William ‘double act’. Pictured, the couples during a walkabout at Windsor Castle following the Queen’s death

In the run-up to the funeral, Harry was also said to have been banned from wearing military uniform on the day, and he and Meghan were reportedly uninvited from a reception at Buckingham Palace hosted by the King for VIPs including foreign royalty, prime ministers and presidents.

A truce appeared to be in place when William invited his brother and sister-in-law to join him and wife Kate on the walkabout in Windsor as an expression of ‘unity for the Queen’, but, the body language suggested the rift was far from healed.

It comes as two new bombshell books have made a series of astonishing claims about the duke and duchess.

Katie Nicholl’s book, The New Royals claims the couple had hoped to move into a ‘suite of apartments at Windsor Castle’ but were given Frogmore Cottage instead.

Harry and Meghan reportedly had their hearts set on a home in the heart of the Queen’s Berkshire residence but were left disappointed.

‘When Harry and Meghan announced their wish to move out of Kensington Palace, the Queen offered them Frogmore Cottage in Windsor Great Park as their new home,’ Nicholl wrote, in an extract first published in the Mail On Sunday.

‘This was not the suite of apartments at Windsor Castle they had hoped for. It was a generous gesture nonetheless, recalled Lady Elizabeth Anson, who died in 2020.

‘The cottage was a big deal,’ she said. ‘The Queen’s entrance into the gardens is right next to their cottage.

‘It is essentially her back yard, her solitude, and her privacy. She was giving that up in gifting Harry and Meghan Frogmore Cottage. We all thought it was very big of her. She said, ‘I hope they’ll respect it.”

‘In April 2019, the couple finally moved in. Then, the following month, Buckingham Palace announced a still more significant departure: Harry and Meghan were moving their Royal Household – effectively their office – from Kensington Palace to Buckingham Palace.’

The move was particularly significant because it signalled the end of Harry and William’s ‘double act’, Nicholl notes, and was ‘deeply disappointing’ for the Queen. 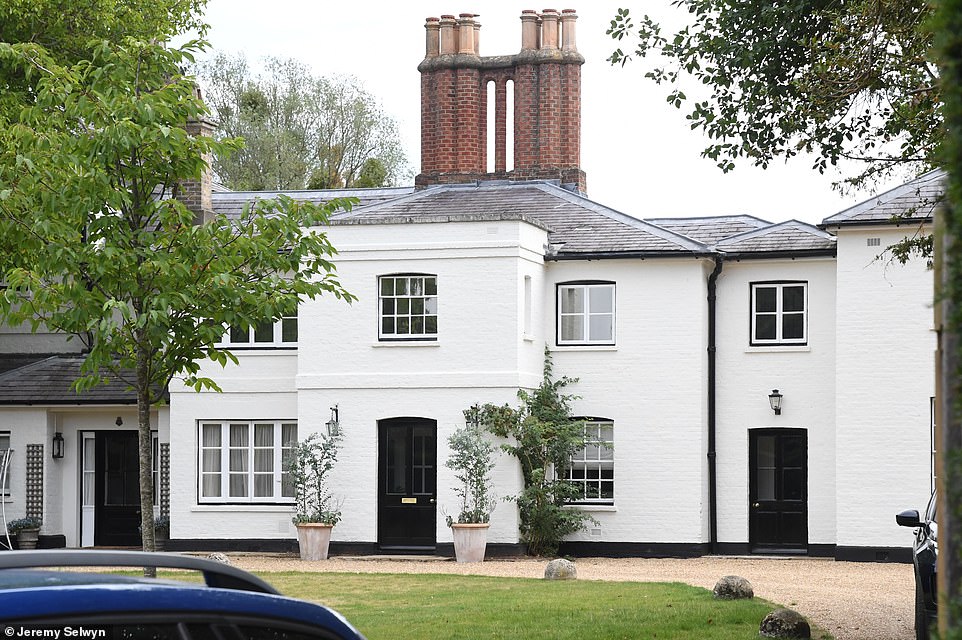 Katie Nicholl’s book, The New Royals claims the couple had hoped to move into a ‘suite of apartments at Windsor Castle’ but were given Frogmore Cottage instead

Elsewhere Nicholl claims the late Queen was surprised that divorcee Meghan opted for a white wedding dress – and also told the Duchess off for chastising a kitchen worker who was preparing her a special meal.

The author said: ‘[Prince Harry and Meghan Markle’s] wedding day was a great success, although the Queen had reservations about the pure white of Meghan’s Givenchy dress, designed by Clare Waight Keller.

‘According to a source: ”The Queen was surprised that Meghan wore pure white on her wedding day. Perhaps it’s a generational thing, but she believes if you’ve been married before, you wear off-white on your wedding day, which is what the Duchess of Cornwall did’.

‘Keen to support anyone marrying into her family, however, the Queen did her best to get to know the new Duchess.’

She continued: ‘Meghan’s direct approach had even come to the notice of the Queen. On one occasion in the run-up to the wedding, Meghan went to Windsor Castle for a menu-tasting and ended up having a tense exchange with a member of staff, according to one source.

‘Meghan was at the castle to taste some of the dishes, and told one of the caterers she could taste egg,’ said the source.

‘She got quite upset, saying that the dish was meant to be vegan and macrobiotic, when suddenly the Queen walked in and said, Meghan, in this family we don’t speak to people like that.’