If ever there was a time for a national reboot – as Britain stares into the abyss of an era of surging cost of living and slow growth – then surely it is now.

The Queen’s Speech, delivered by the Prince of Wales, with its focus on sweeping away pettifogging EU rules and facilitating the Brexit bonus the country has been waiting for, provides just that opportunity.

Efforts so far to embrace a vision for a more modern, technological future, in which prosperity is spread across all regions and to harder-pressed communities, have been diverted by circumstances.

The opening of London’s £19bn Elizabeth Line may be late and over-budget, but the rail line is a hugely complex engineering, architectural and technological achievement

Indeed, no government of modern times has found its progress and programmes so dramatically disrupted, first by Covid and then by Russia’s war on Ukraine.

But Prime Minister Boris Johnson is seeking to lift the sights of his administration.

As a financial writer one has to be enthused by policies intended to unleash the enormous potential for growth.

Take the opening of London’s £19billion Elizabeth Line: it may be late and over-budget, but the rail line is a hugely complex engineering, architectural and technological achievement – a great metaphor for a new national vision.

It illustrates what happens when British expertise in transport, training, skills, science, green projects and tech is paired with the right policies and vision.

One key element of this is better access to capital for investment. Post-Brexit reforms to financial services – our most dynamic industry and export – will offer insurance companies and pension funds the chance to invest more freely.

A UK Infrastructure Bank based in Leeds, headed by the imaginative former boss of British Land, Chris Grigg, aims to speed up delivery of vital projects with up to £22billion.

Sensible easing of planning laws provides an opportunity for more housing, but for climate change investment, too.

Yes, in the immediate term we want to see big oil firms like BP and Shell drilling again in the North Sea to make us less dependent on Russia’s energy.

But in parallel, and BP already is part of this process, the UK needs to harness a new wave of investment funds for hydrogen projects, fuel cell development and electric car charging sites. 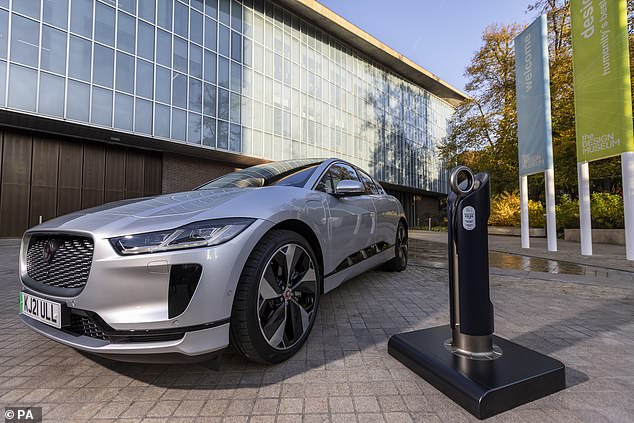 Centrica, the owner of British Gas, wants to be part of the transformation and is proposing to invest up to £2billion in a gas storage facility off the Yorkshire coast, reversing a 2017 decision to pull out. It believes this could also be harnessed to build up hydrogen capacity.

However, the dynamism that Chancellor Rishi Sunak demonstrated in nurturing the economy through Covid needs to be reignited.

Sunak has become captive to fiscal orthodoxy and has imposed the highest levels of taxation since the 1940s.

How encouraging that he is now following through on a little-noticed codicil to his Spring Statement, and plans sweeping changes to company taxation to make it more rewarding to invest in research and development and IT. But why wait until the autumn?

He should follow his Covid approach, when he unveiled furlough and a safety net for enterprise within days of lockdown being announced, with a summer mini-budget to spark innovation and entrepreneurship.

And let’s not forget the willingness of Britain’s great research universities and private companies to work together.

Even without new tax help some £4.6billion poured into UK life sciences last year, a 16-fold increase on decade earlier.

Indeed, the thirst for UK tech, such as the smart chips developed by Arm in Cambridge, offers us a great advantage. We are already a leader in financial technology, artificial intelligence, robotics and communications satellites.

The Government plans to marshal resources through an Advanced Research and Invention Agency, which will seek to mimic Silicon Valley magic.

It is true that bureaucracy at borders has been detrimental to exports. But broken supply routes and war in Ukraine are having much the same impact on the rest of the world.

The list of bills outlined by the Government may appear worthy, but creating growth hubs requires axing laws that hinder growth. The Queen’s Speech seeks to reset the Tory clock.

If changes are accompanied by vibrant tax cuts for business and individuals, such as slashing VAT on energy bills and spiking the national insurance hike, it should not be too late to head off the worst of the stagflation threat.