The North Sea’s biggest oil and gas producer has warned the Government to ‘carefully consider the consequences’ of another windfall tax on the sector.

Prime Minister Rishi Sunak and Jeremy Hunt, the Chancellor, plan to increase the scope of the windfall tax to raise a cumulative £40bn over five years.

Harbour chief executive Linda Cook said uncertainty over the so-called energy price levy (EPL) put it under pressure from backers to look for projects elsewhere in the world.

‘While we fully recognise the significant challenge in the UK to put public finances on a sustainable footing, we urge the Government to carefully consider the consequences of any increase in our extension of the EPL,’ Cook said.

The company already faces an £800m UK tax bill for this year including £360m as a result of the extra 25 per cent levy on North Sea oil and gas profits that was announced back in May.

Sunak and Hunt want to increase the rate to 30 per cent and push the end-date for the levy from 2025 to 2028 as they try to fill in a £50bn-plus hole in the public finances.

But the planned hike will take the total tax rate on North Sea firms from an already eye-watering 65 per cent to 70 per cent. 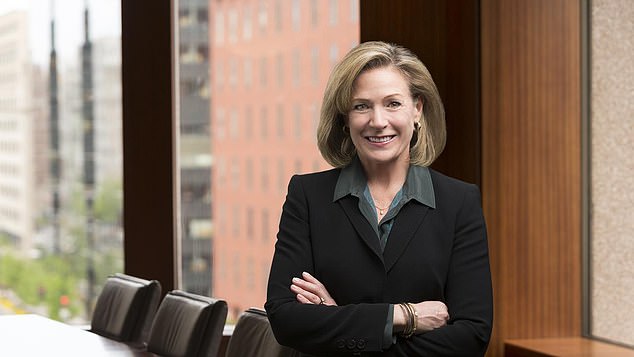 Standard corporation tax in the UK is 19 per cent, which is well below the rate faced by oil and gas explorers, though this is due to rise to 25 per cent in April.

Cook said the current windfall levy on the North Sea and speculation about a further raid has ‘created uncertainty for independent oil and gas companies like Harbour’.

‘As a result, evaluating expected returns from long-term investments has become more difficult and investors are advocating for geographic diversification,’ she added.

Cook said it came at a time when energy producers were being asked to invest more to help boost UK energy security as well as eyeing carbon capture and storage projects that could play a key role in helping achieve net-zero.

‘Additional taxes would run the risk of undermining our ability to do either,’ the 64-year-old said.

The comments came as part of a trading update in which Harbour reported revenues of £3.7bn for the first nine months of the year.

Harbour Energy was formed in a merger last year between Premier Oil and Chrysaor. The industry has become an easy target for politicians having seen profits soar as energy prices rose as Covid lockdowns ended and Russia invaded Ukraine. Harbour shares gained 4.8 per cent, or 18.4p, to 402.9p.