She scooped up the Emmy for Supporting Actress in a Comedy Series last week for her role in Ted Lasso.

And it appears Hannah Waddingham is still basking in that post-award-show glow, as she thanked her fans for the support she received following her win.

The 47-year-old actress took to Instagram on Monday to express her gratitude, where she gave another special mention to the musical theatre community after raising her thoughts for the industry in her original Emmys speech.

Best Supporting Actress: Hannah Waddingham is basking in that post-award-show glow, as she thanked her fans for the support on Monday on Instagram following her EmmYs win 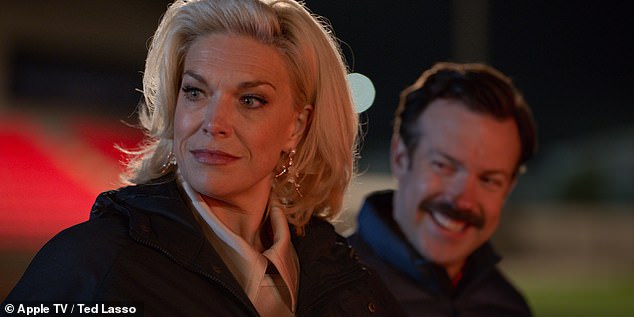 ‘I’m using a filter because it’s revolting o’clock in the morning and I’m completely kn***ered and I haven’t put my makeup on yet so,’ she said, before playfully blowing a raspberry.

‘I just wanted to say to everyone from all over the place who’s bothered to send me the most gorgeous well-wishes, after the Emmys last weekend,’ she said.

She joked: ‘I mean, every Sunday is gonna be very dreary from now on. 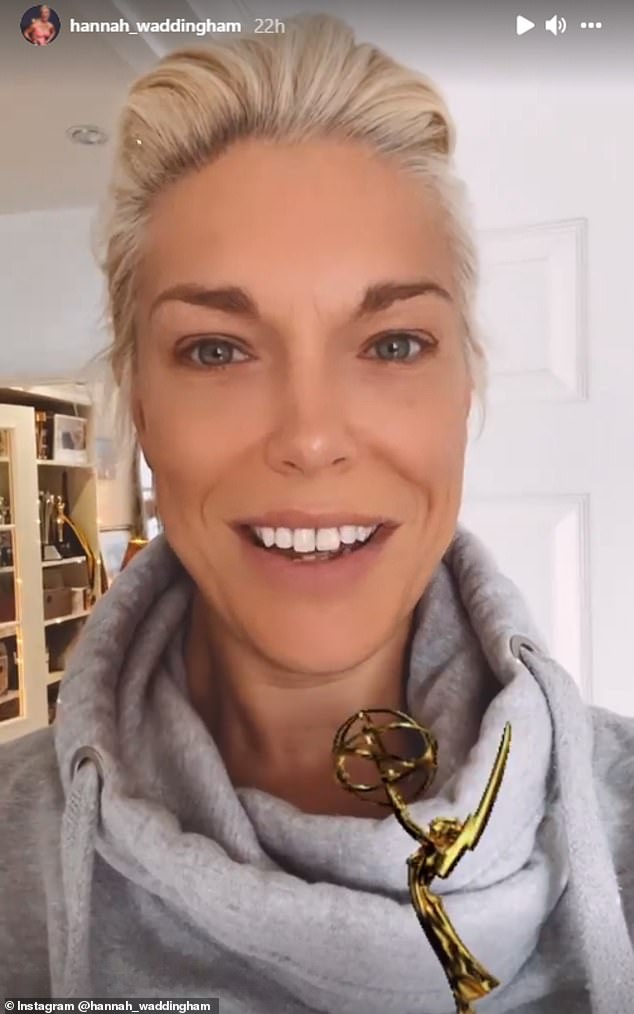 Grateful: The actress expressed her gratitude, where she gave another mention to the musical theatre community after raising her thoughts for the industry in her original Emmys speech

The single mum, who began her career in musical theatre on The West End, said: ‘Thank you so much for the love and support, especially from the musical theatre community – I meant what I said, and may it change. I hope it does.

‘And to everyone else, thank you for bothering to reach out, it has meant the world to me and I think I’m still in shock. Thank you.’

In a classy move, Waddingham ended her original speech by encouraging Hollywood to make use of West End stars, just like herself. 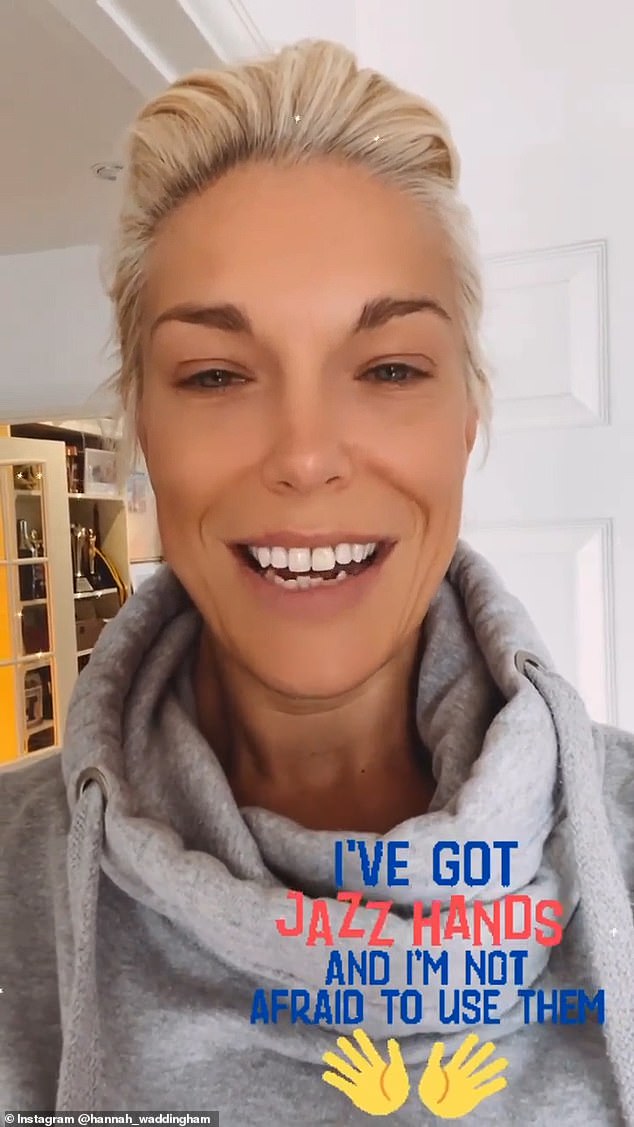 Musical theatre star: The star, who began her career on The West End, said: ‘I meant what I said, and may it change. I hope it does’

She said to rallying cheers from the audience: ‘One more thing… West End musical theatre performers need to be on screen more. Please give them a chance, because we won’t let you down.’

As it turns out, the role of Rebecca Welton, the warm-yet-icy football club owner on the hugely successful AppleTV+ series, was a dream job that Waddingham ‘asked the universe for’ – after her young daughter Kitty, who is around five years old, had suffered a ‘horrific’ illness.

Before landing the lucrative part – that has seen the cast earn sky-high salaries – Waddingham was used to travelling for work, often having to leave her daughter, whom she welcomed in 2016 with then-partner, hotelier Gianluca Cugnetto. 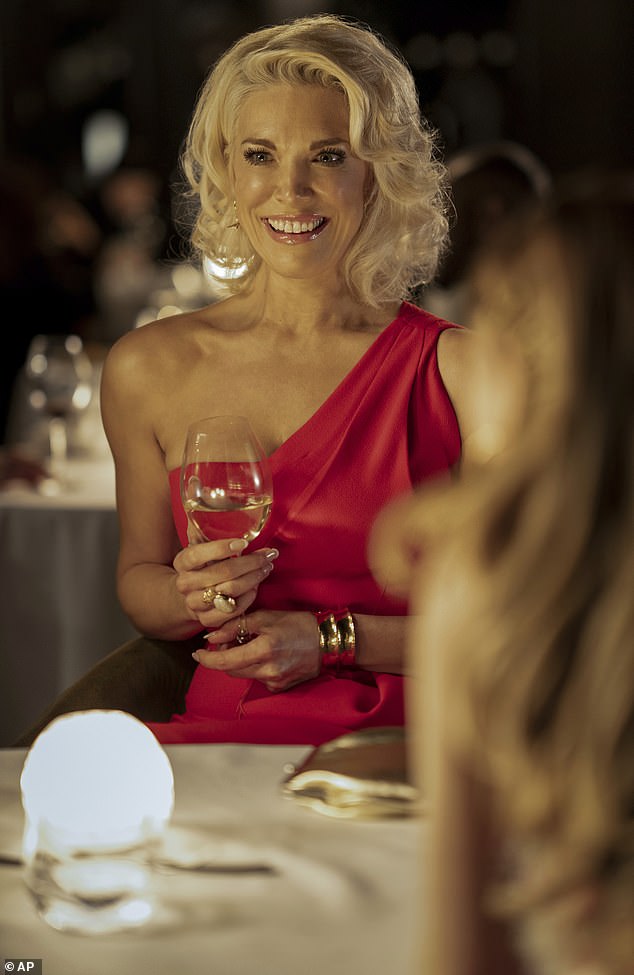 Dream role: The role of Rebecca Welton, the football club owner on the successful AppleTV+ series, was a dream job that Waddingham ‘asked the universe for’. Pictured on set of Ted Lasso

But that all came to a screeching halt when she received a terrifying phone call while filming the series Krypton for Warner Bros. Television in Belfast, where she was informed that Kitty had been suddenly diagnosed with Henoch-Schönlein purpura (HSP).

HSP, an autoimmune disorder, is a condition that involves swelling of small blood vessels, often affecting children between ages two and six. In most cases, children will make a full recovery, but can be left with kidney problems.

‘For anyone who knows what it’s like, it’s really horrific,’ Waddingham told Kate Thornton on the White Wine Question Time podcast recently. 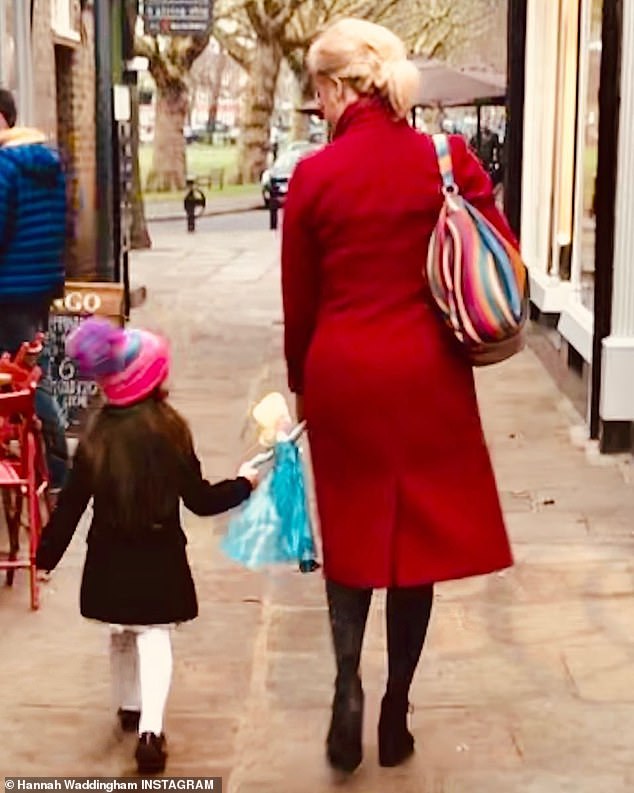 ‘Horrific’: She needed the role after young daughter Kitty, who is around five years old, had suffered a ‘horrific’ illness – Henoch-Schönlein purpura (HSP)

Finding herself unable to fly home from Belfast, while her daughter lay in a hospital bed with ‘giraffe splats of brown’ across her, that turned out to be ‘capillaries bursting over her little leggies’ the actress vowed to make a change.

After finally getting to see her daughter the following day, Waddingham informed her management in both the UK and LA that she could no longer be away from her child.

‘I am first and foremost a mum, and more importantly a single mum,’ she told her agents over a conference call.

Recounting the story in the US while appearing on The Ellen DeGeneres Show recently, the star revealed that it was just ‘two months later this meeting came up’ for the Ted Lasso role, which is just a half hour drive from her home. 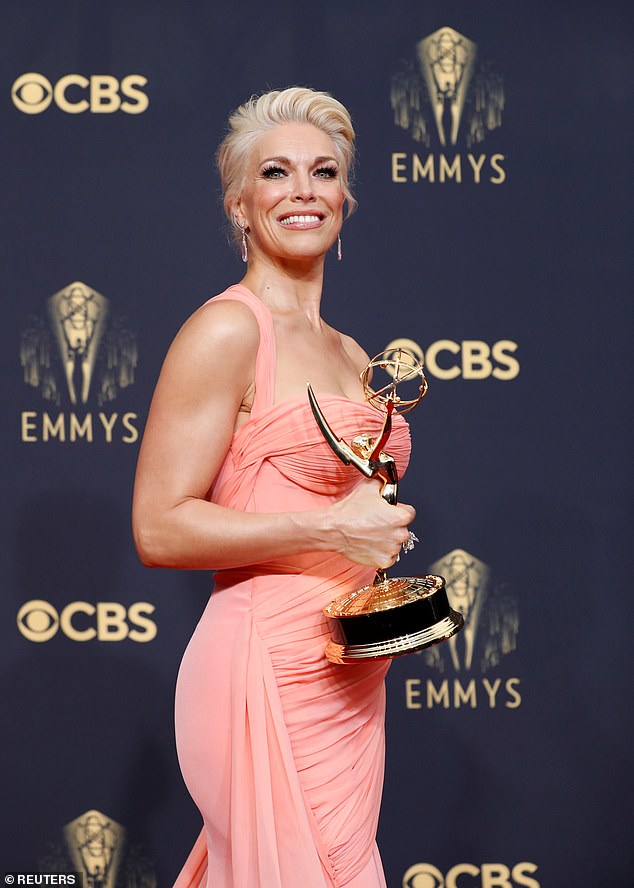 Proud: ‘I am first and foremost a mum, and more importantly a single mum,’ she told her agents over a conference call, recounting the story in the US while appearing on Ellen