Halsey pays tribute to Gwen Stefani in a cropped tee with a print of her face… as the No Doubt frontwoman responds: ‘Love your shirt!’

Halsey was active on Instagram on Monday as she shared two new photos wearing a shirt with Gwen Stefani’s image.

The 27-year-old singer-songwriter paid tribute to the living legend as she rocked a cropped tee with the No Doubt frontwoman’s face on it.

The If I Can’t Have Love, I Want Power artist bared her impressive abdomen in the shots as she wrote in the caption, ‘…queen @gwenstefani on my shirt.’

Stefani, a music industry veteran and icon, responded as she dropped three heart-face emojis in the comments.

Showing even more appreciation for Halsey’s fashion choice, she reposted it in her Stories and said, ‘OMG luv ur shirt,’ and tagged Halsey, whose legal name is Ashley Frangipane.

The hitmaker paired the black and white top with a pair of low-slung leather pants with lace-up detail.

Halsey wore bright purple eye shadow from her About Face makeup line and wore her blonde hair a half-up, half-down style with two space buns at the front.

She approves: Gwen reposted the content and wrote, ‘OMG luv ur shirt @iamhalsey’

In other Halsey news, the musician has a new single with Calvin Harris coming out this week.

On Friday, fans will be able to stream Stay With Me, which also features Justin Timberlake and Pharrell.

Harris also was active on Instagram Monday as he shared a photo with the Without Me singer.

‘Friday we’re coming for u,’ he captioned the post, referring to the day the single will drop. 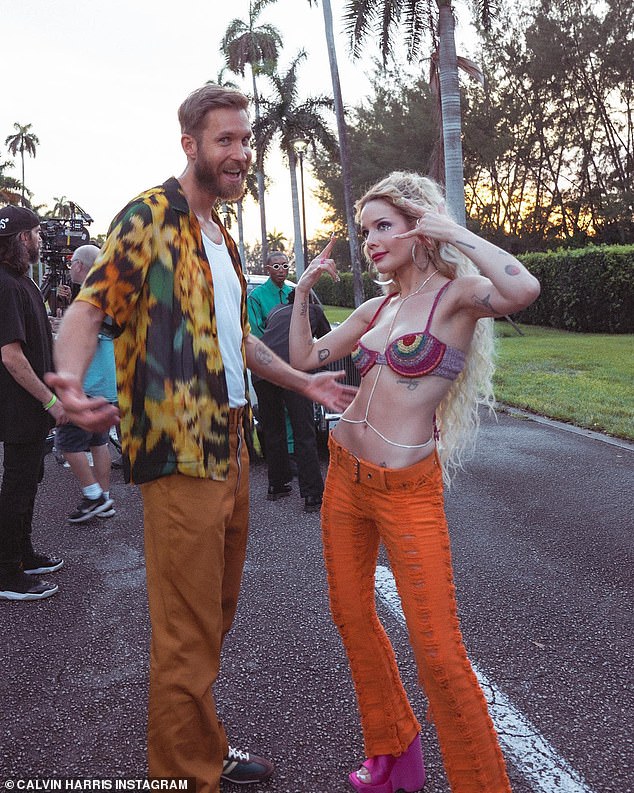 Social media engagement: Calvin Harris was also active on Instagram Monday as he shared a photo with the Without Me singer

In the photo Frangipane wore 70s style orange bell-bottoms with a matching belt around her waist.

The trousers boasted vertical lines of distressed detailing going down the legs along the front and back.

She shared the image to her Stories and wrote in the comments, ‘Coming for u with a belly chain.’ 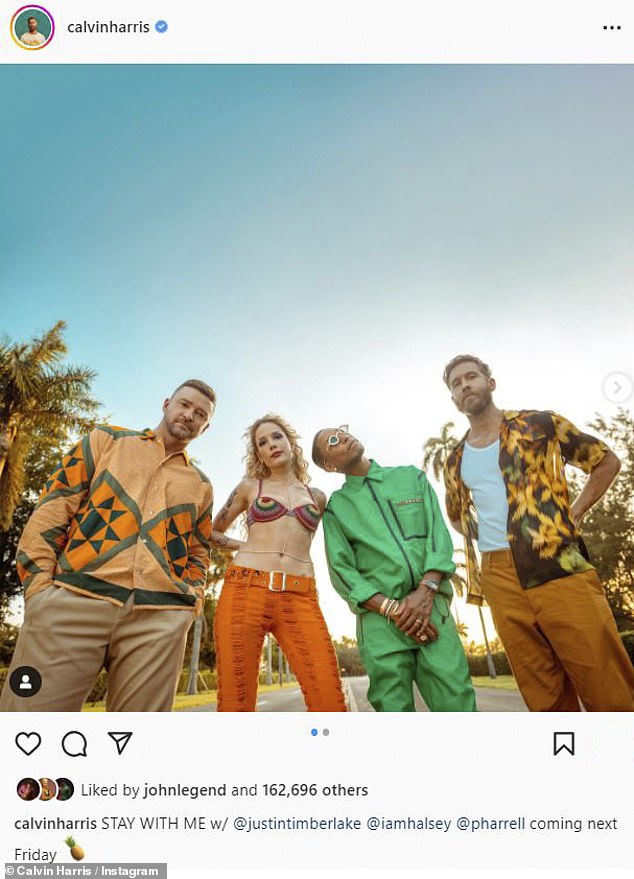 Collaboration: On Friday fans will be able to stream Stay With Me, which also features Justin Timberlake and Pharrell

He shared another photo with Halsey, himself, Justin, and Pharrell as the group posed outdoors.

Surrounded by palm trees and with a clear blue sky as their backdrop, the crew coordinated in green, orange, and tan colors.

‘STAY WITH ME w/ @justintimberlake @iamhalsey @pharrell coming next Friday,’ the caption teased with a pineapple emoji. 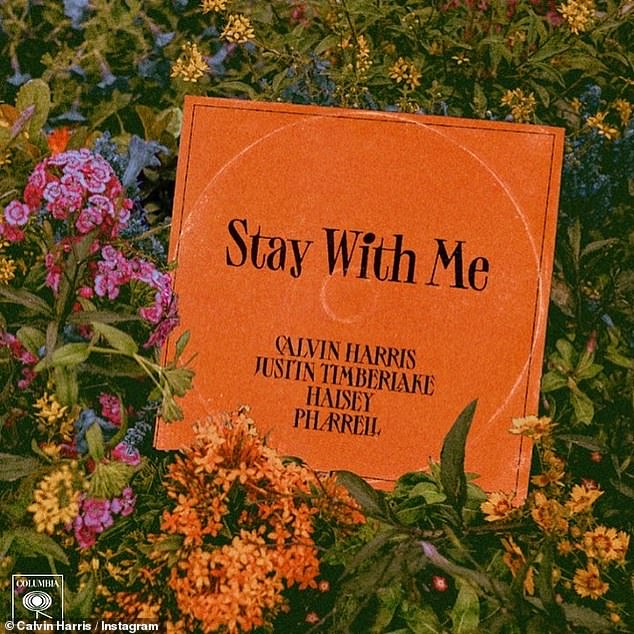 Coming soon: In other Halsey news, the musician has a new single with Calvin Harris coming out this week