Glitz and the glamour was in full force on Saturday night as some of the entertainment industry’s biggest stars attended the Academy Museum of Motion Pictures opening gala in Los Angeles.

Among the A-list attendees was Academy Award-winner Halle Berry and her boyfriend Van Hunt, who were captured posing on the red carpet.

The actress, 55, radiated youth in a darling black puff sleeved mini dress with a plunging neckline.

The stylish number helped highlight all the hard work Halle been doing in the gym for the past several years.

She also got a lift in black platform heels and had her brown tresses pulled up into a stylish bun with a part in the middle.

Berry happily shared the spotlight with Hunt, who looked handsome in a black three-piece suit and black dress shoes.

The 51-year-old musician had his head completely shaved down and sported a groomed beard and mustache. 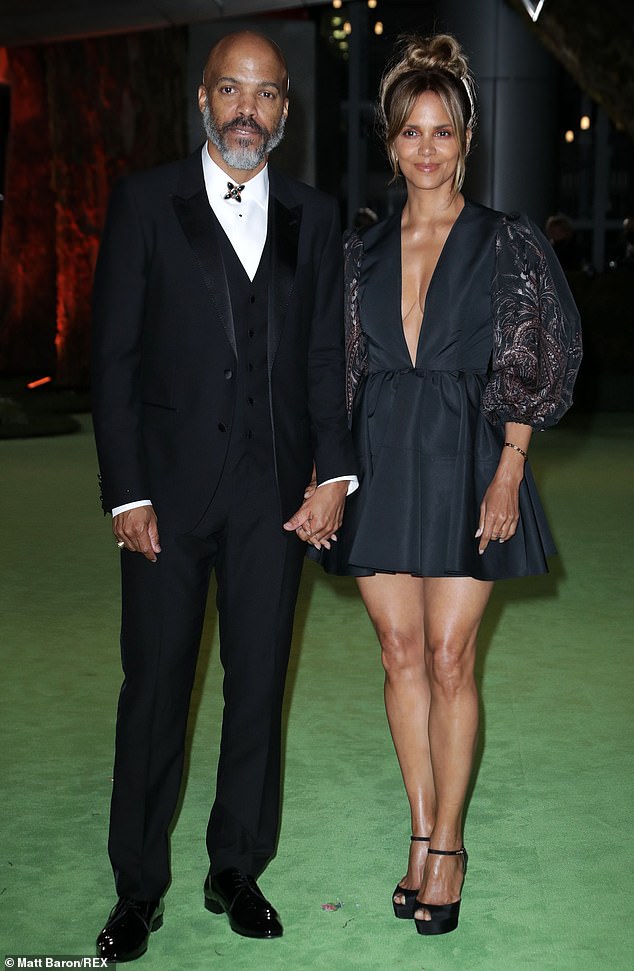 While striking poses together, the duo either held hands or gave the occasional love tap.

At one point, while dropping a pose for the photographers, the Oscar-winning actress flashed a flirty smile and wave.

‘Now ya know… ,’ Berry captioned a photo of herself wearing a shirt with Hunt’s name on it and holding a drink in her hand.

Several months later, the couple made their red carpet debut at the 2021 Academy Awards. 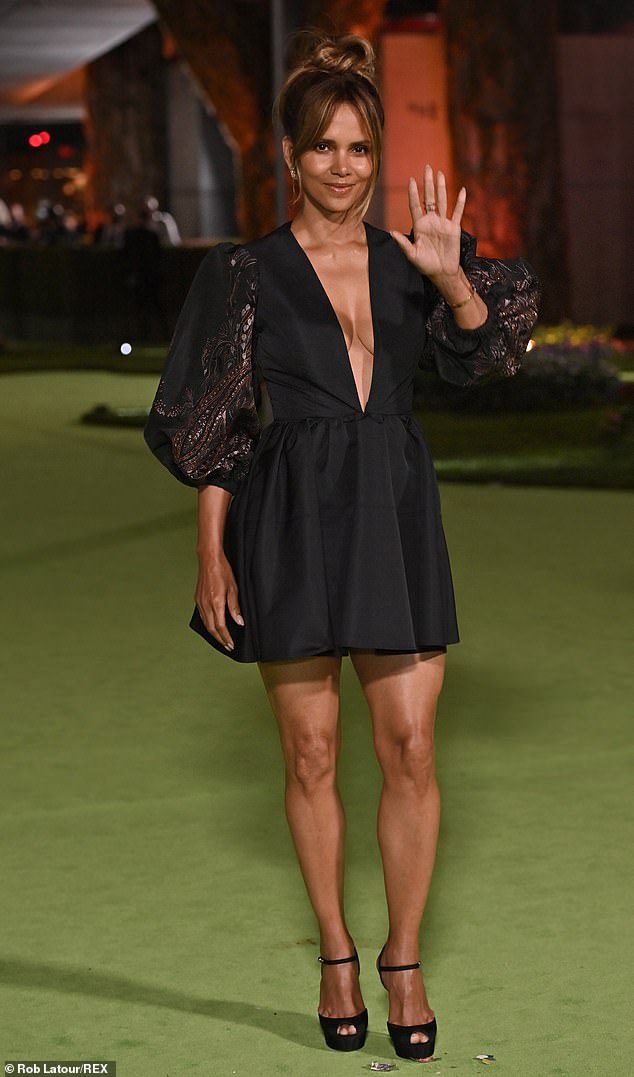 Tom Hanks, Annette Benning and Bob Iger were also being recognized for their fundraising efforts for the museum.

The new Academy Museum of Motion Pictures, which is located on the LACMA campus, will officially be open to the public starting on September 30. 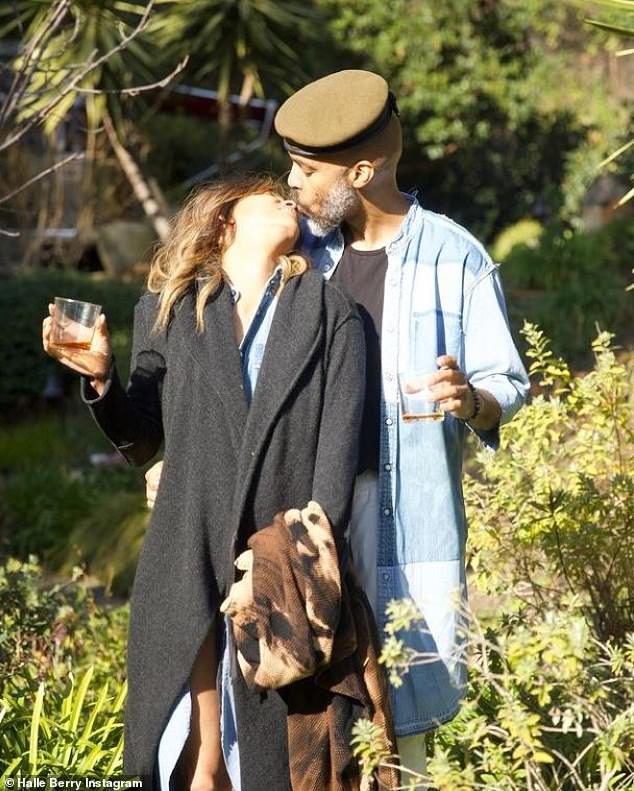 Item: Berry and Hunt went Instagram official with the romance in September 2020