Give a dog a home! ‘Hair of the dog’ tests reveal pooches that spend weeks in shelters can suffer from ‘chronic stress’

Every year, more than 600,000 dogs enter UK animal shelters, including many pups with behavioural or medical issues.

Now, a new study has revealed how weeks in shelters can lead to chronic stress in dogs.

The results show that dogs who spend just six weeks in a shelter have significantly higher levels of cortisol than at the start of their stay.

The findings suggest that hair sampling could be a useful tool in monitoring dog welfare, according to the researchers.

‘To improve canine welfare, hair cortisol concentration (HCC) analysis can be a reliable and feasible non-invasive method to evaluate cortisol levels in shelter dogs, especially when comparing HCC levels over longer periods within dogs,’ the researchers wrote in their study, published in Scientific Reports.

Signs of stress in dogs

Previous studies have tested for stress in shelter dogs by measuring cortisol in blood or urine.

However, these methods can be invasive and only indicate immediate stress levels.

Instead, the researchers set out to investigate whether hair samples could provide a non-invasive and more accurate way to assess long-term cortisol levels.

‘For dogs, collecting a single sample of hair instead of multiple samples of saliva, urine or feces is feasible for practitioners, veterinarians, and researchers interested in long-term cortisol levels, as this method is non-invasive, and the sample is easy to collect and store at any time,’ the researchers said.

In their study, the team measured HCC in 52 dogs admitted to an animal shelter in the Netherlands between October 2018 and August 2019.

A single hair sample was also taken from 20 non-shelter pet dogs as a control, while urine samples were also taken for comparison.

The results revealed that there were no significant differences in HCC between shelter dogs on admittance and the control dogs.

However, after six weeks in the shelter, the shelter dogs’ HCC levels were significantly higher – with female dogs experiencing even higher levels than male dogs.

Thankfully, once the shelter dogs had been adopted, their HCC levels swiftly returned to normal levels. 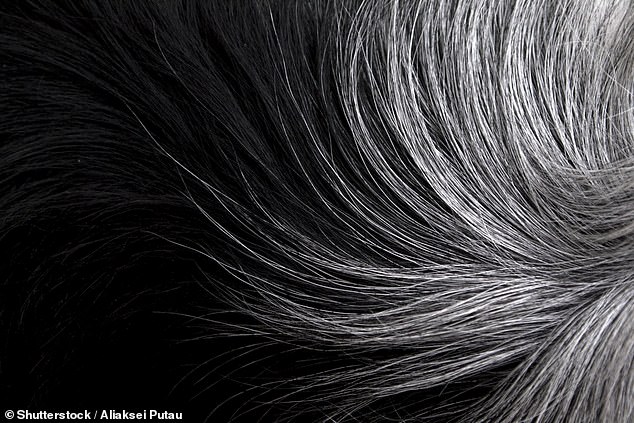 The findings suggest that hair sampling could be a useful tool in monitoring dog welfare, according to the researchers (stock image)

‘This implies that cortisol levels in the shelter were higher and thus dogs appear more stressed during the first shelter period,’ the researchers said.

Overall, the findings suggest that testing HCC levels in shelter dogs could provide a quick and easy way to test their stress levels.

‘HCC in shelter dogs is highly promising to provide information on cortisol responses retrospectively and in the long-term,’ the researchers concluded.

‘HCC can be a “stable” measure for evaluating these responses of dogs during their lives, for example to evaluate lifestyles and personality traits in dogs.’

Dogs really DO hate going to the vet

A trip to the vet isn’t much fun for any dog owner, and now a new study has confirmed that many dogs hate going to the vet too.

Researchers from the University of Adelaide hooked dogs up to heart rate monitors to see how they reacted during a visit to the vet.

The results revealed that some of the dogs’ average heart rate doubled between the waiting room and the examination table.

‘Veterinary staff and guardians must take every reasonable step to reduce or prevent a fearful experience during veterinary visits,’ the researchers wrote in their study, published in the Journal of Veterinary Behavior. 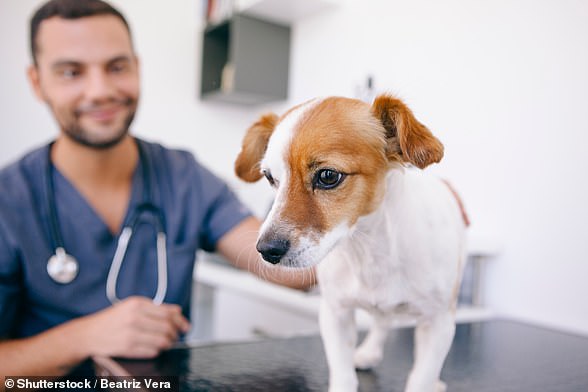 A trip to the vet isn’t much fun for any dog owner, and now a new study has confirmed that dogs hate going to the vet too (stock image)