She was named in the recent ‘nepo babies’ article which has taken the Internet by storm.

But unlike some of her peers, Hailey Bieber isn’t shying away from the controversial label.

The model, 26, who is the daughter of actor Stephen Baldwin and graphic designer Kennya Baldwin, proudly rocked a cropped ‘Nepo Baby’ T-shirt as she stepped out in Los Angeles on Friday.

Embracing the label! Hailey Bieber, who is the daughter of actor Stephen Baldwin, proudly rocked a cropped ‘Nepo Baby’ T-shirt as she stepped out in Los Angeles on Friday

Hailey exuded confidence as she strutted through the indoor parking lot in the statement-making tee.

She flaunted her svelte abs and worked baggy jeans which were cinched in with an edgy belt.

The beauty looked every inch the top model as she strutted through the parking lot in her glossy black footwear.

She slung a black bag over her shoulder and wore her brunette locks down in a sleek and straight style, parted at the center. 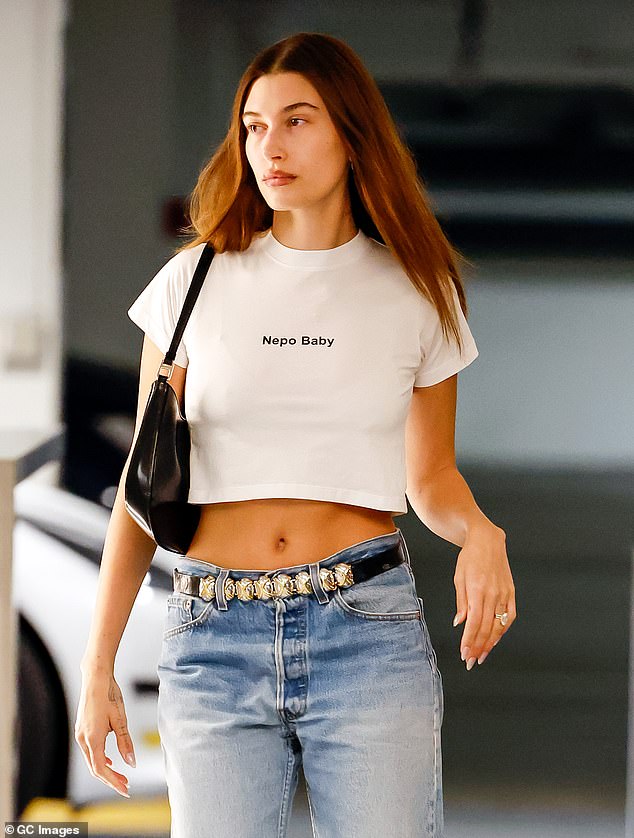 Making a fashion statement: Hailey exuded confidence as she strutted through the indoor parking lot in the statement-making tee

The skincare businesswoman appeared to be embracing a natural look as she displayed her fresh skin which appeared to contain hardly a trace of makeup.

The term nepo babies was coined online and is used to describe celebrity offspring who land easily in the world of showbiz, cushioned by their parents’ famous names.

Lily-Rose Depp, Maude Apatow, and a slew of others were among those plastered on the front cover of New York Magazine’s The Year of the Nepo Baby cover. 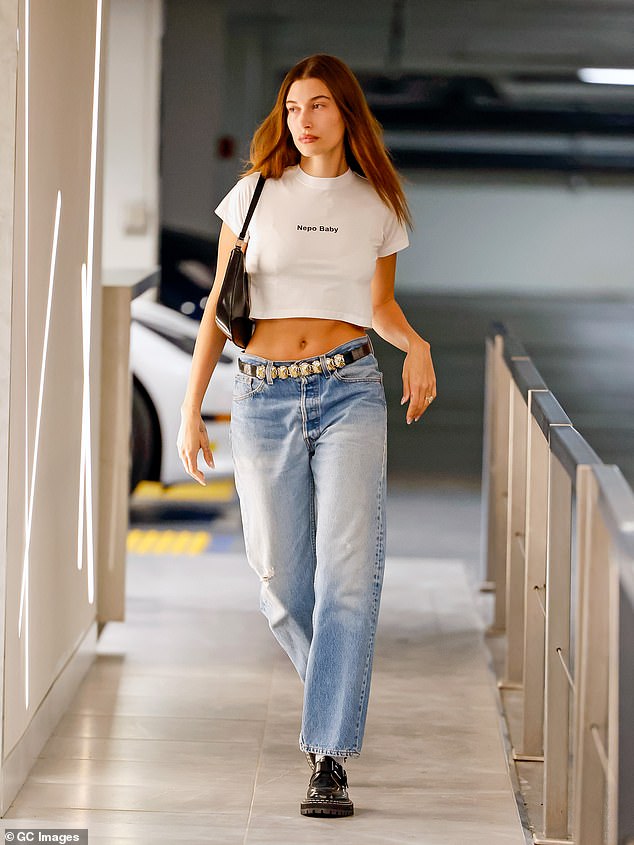 Stunning: The skincare businesswoman appeared to be embracing a natural look as she displayed her fresh skin which appeared to contain hardly a trace of makeup

The furore-causing article was published in December and featured other children of the rich and famous who lucked out in the genetic lottery.

Hailey was named early on in the article in which a conversation she had with Gwyneth Paltrow about nepotism nepotism was brought up.

‘Gwyneth Paltrow (daughter of Blythe Danner and Bruce Paltrow) commiserated about it with Hailey Bieber (daughter of Stephen Baldwin and niece of Alec) on the latter’s YouTube channel: “People are ready to pull you down and say, ‘You don’t belong there,”‘ the article stated. 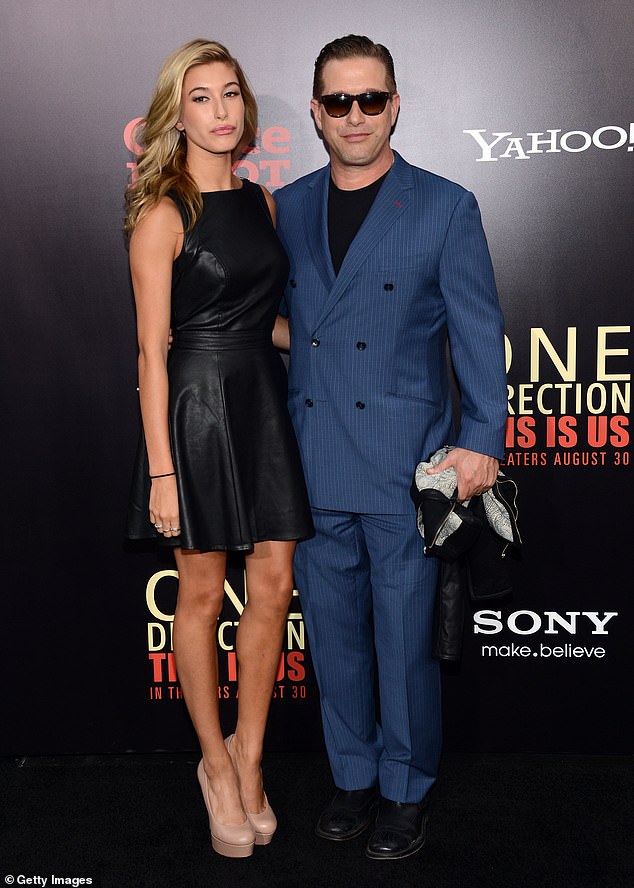 Celebrity nepotism is nothing new but the insult ‘nepo baby’ has become increasingly popular as shorthand to deride it.

During her appearance on Hailey’s Who’s In My Bathroom YouTube series over the summer, Gwyneth said she thinks celebrity children are not as advantaged in Hollywood as some people believe.

She said she thinks nepotism babies have to work ‘twice as hard’ once they get their foot in the door to prove themselves because people will say they ‘don’t belong’.

But Gwyneth also admitted that children with famous parents can ‘unfairly’ get into the industry and have access to opportunities which other people don’t have. 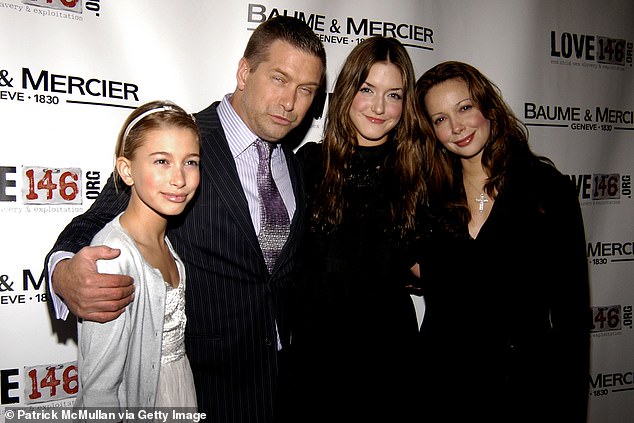 ‘As the child of someone, you get access other people don’t have, so the playing field is not level in that way,’ she explained.

‘However, I really do feel that once your foot is in the door, which you unfairly got in, then you almost have to work twice as hard and be twice as good because people are ready to pull you down and say ‘You don’t belong there’ and ‘You are only there because of your dad or your mom’, or whatever the case may be.’

Giving advice to other nepotism babies, the Goop founder said the label shouldn’t ‘limit’ them and urged people not to let others have a ‘negative impact’ on their lives.

She added: ‘It shouldn’t limit you because what I believe is that nobody in the world, especially somebody who doesn’t know you, should have a negative impact on your path or the decisions that you make.’