‘I’m still in shock’: Guns N’ Roses’ Axl Rose gets emotional as he paid tribute to Lisa Marie Presley at her Graceland memorial

‘I’m still in shock as I feel like I will continue to be for quite some time. I feel like I’m suppose to be texting her like right now,’ he began.

He continued: ‘I never in a million years imagined singing here, especially under these circumstances. This is truly devastating and I’m sure excruciating for everyone here.’

Lisa Marie Presley suffered a cardiac arrest at her Calabasas home, and died at a hospital in Los Angeles on January 12. She was age 54.

Priscilla Presley led her family in tributes to her late daughter at an emotional memorial service Sunday morning.

She shared a poem by one of Lisa Marie Presley’s 14-year-old daughters, in which she called her mother ‘an icon, a role model and a superhero.’ 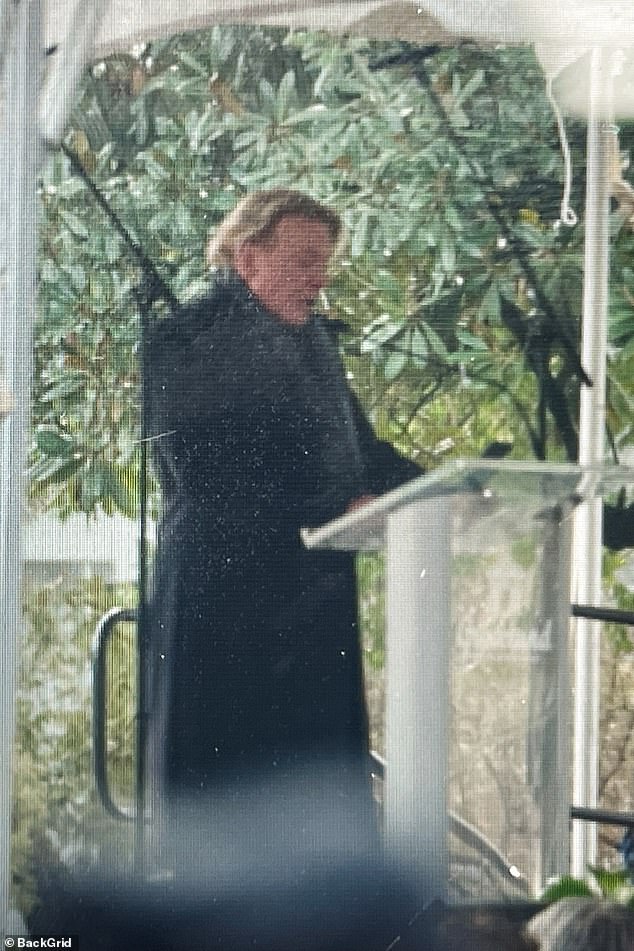 The poem read: ‘She always knew she wouldn’t be here too long… some say a broken heart killed her,’ referring to her son, Benjamin’s untimely death by suicide in July 2020.