Gun violence is now the leading killer of America’s children, surpassing accidents, disease and even drug overdose, a report published last month found, as attention to the topic is raised after a man killed 19 children in Uvalde, Texas, at their elementary school this week.

Researchers at the University of Michigan, in Ann Arbor, write that over 4,300 children aged one to 19 years old died of a firearm related injury during the pandemic’s first year – a 30 percent jump from the previous year.

2020 was the first year that gun violence overtook vehicle crashes as a leading killer – both due to a surge in firearm deaths and a rapid fall in vehicle related deaths over the past two decades.

On Tuesday, Salvador Ramos, 18, killed 18 young children under the age of 11, along with two teachers, in a fourth grade classroom at Robb Elementary School, in the west Texas city of Uvalde – another shocking example of the violence hurting America’s youth.

Researchers, who published their findings in the New England Journal of Medicine on in April, found that there was a record 45,222 firearm deaths in 2020. 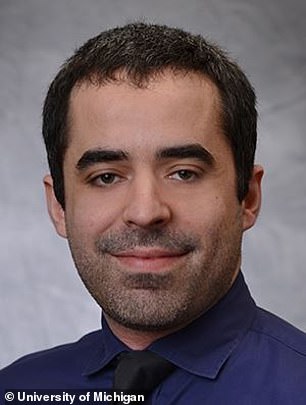 Jason Goldstick (pictured), a researcher at the University of Michigan, said that there is no specific cause for the increase in gun violence, but it did correspond with a jump in firearm purchases

Suicides carried out by using firearms also increased one percent, remaining around even year-to-year.

The research team writes that after seeing these stats for the overall population, they decided to gather how much of the burden of firearm violence was falling on the nation’s youth.

Jason Goldstick, a research associate professor at Michigan, told DailyMail.com that there is not strong evidence to point to any particular cause for the recent uptick in violence.

He does note that other studies have made similar findings about gun violence in America, though, and growing crime rates in much of the country seem to be pointing to the same.

A study from researchers at the University of California, Davis, finds that there was an increase in firearm purchases early in the pandemic, though there was not a direct correlation between purchases and increases in violence on a state-by-state level.

Goldstick can not be sure where the death figures will go from here either, as they could regress back to normal levels – though there is also a chance that this heavily increased rate of gun violence is the new normal in America. 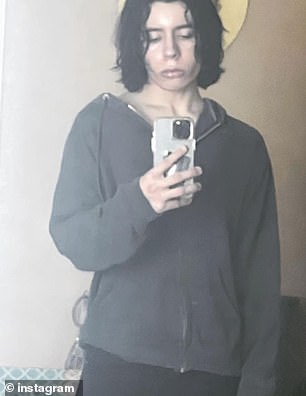 Salvador Ramos, 18, from Uvalde, has been identified as the shooter. He was described as a bullied loner who slowly dropped out of school due to teasing about his lisp, habit of wearing eyeliner, clothes and his family’s poverty

Deaths from drug overdoses surged as well, nearly doubling from 2019 to 2020, hitting over two deaths per 100,000 children and surpassing suffocation, cancer and birth defects as causes of deaths.

Fentanyl has largely been blamed for the surge in drug deaths, with a University of California, Los Angeles, study published earlier this month finding adolescent deaths from the synthetic opioid had tripled from 253 in 2019 to 884 in 2021.

Another shocking example of gun violence against America’s youth came this week, when the 18-year-old ‘loner’ Ramos walked into a fourth grade classroom after a long police chase, and carried out a sickening crime.

Among those shot dead by the callous killer yesterday was 10-year-old girl who was phoning 911 when he opened fire.

Amerie Jo Garza, a fourth grader at Robb Elementary in the city Uvalde, Texas, was killed in cold blood Tuesday morning by 18-year-old ‘loner’ Salvador Ramos, who strode into the school carrying a handgun and a rifle before opening fire on classrooms full of children in an attack that also killed two teachers.

Berlinda Irene Arreola, Amerie’s grandmother, said that Ramos told the class ‘you’re going to die’ before he began his massacre – shooting her granddaughter dead as she tried to call 911. Amerie was sat next to her best friend who was left ‘covered in her blood’, Berlinda told the Daily Beast.