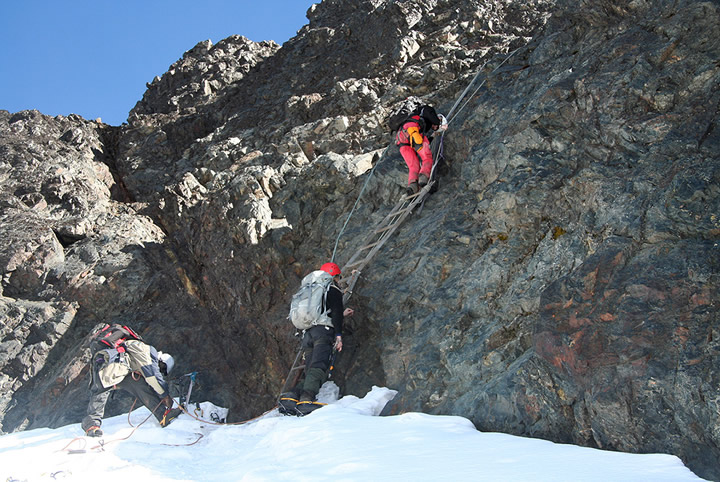 Physical strength and spending dollars are just a few requirements for conquering the Rwenzori Mountains. Adventure-seeking enthusiasts say it takes much more than that to mark it off your bucket list of adventure.

Most mountaineers from all corners of the world travel to Uganda annually, dreaming of reaching the Margherita summit. They spend weeks getting their gear, adjusting to the altitude, and simply waiting for good weather.

Here’s what you require if you are thinking of climbing the Rwenzori Mountain.

When is the best time to climb Mount Rwenzori?

Numerous mountaineers attempt to summit Africa’s third highest peak (Margherita) between the Months of June to August and December to March. This is a brief window of time after May when temperatures are warmer. It’s the time of the year when you have the highest chance of getting to the summit.

Having good weather is crucial for climbers since climbers won’t try to seek the summit without the right weather conditions. Climbers often avoid visiting the Rwenzori region if there’s frequent rainfall, as it can make the trail conditions slippery and dangerous.

Where does the trek start?

Mount Rwenzori sits right at the border between Uganda and Congo. There are major 2 possible routes, from which the majority of Rwenzori climbers usually choose – the southern route of the Kilembe trail and the Eastern route of the central circuit which starts from Nyakalengije.

Climbing the Peak through The Kilembe trail

The Kilembe Trail, which is owned & managed by Rwenzori Trekking Services was established in 2009 and takes you through a 7- 8 day trek with an inclusive Margherita summit reach. The trail through strenuous starts at 1,450 m Kilembe and traverses through the spectacular mountain forest, as well as the breathtaking views of the valleys, trees, and another vegetation cover.

The awe-inspiring trail trek through Kilembe, then finalizes on day 7, with an exclusive slope through the valleys to the base of the camp.

While the Central Circuit is the oldest traditional trail route that approaches the Rwenzori Mountains from the East. The trail is owned by locals from Rwenzori mountaineering Services. Those climbing through the trail start from Nyakalengija via the Trail head at Mihunga to Nyabitaba hut. The route then passes through the Bujuku valley, then Scott Elliot pass to the breathtaking Kitandara lakes, which then continues to the fresh field pass, and ends at Mubuku Valley.

The central circuit route offers impressive views of Mount Baker, Mount Stanley, Mount Speke whereas the Weismann peak can be accessed from Kitandara.

The trails aren’t strenuous, but very rough with mud in most places, although, boardwalks and ladders have been put in place over some of the deeper bogs, and the steep regions.

Treks through the Rwenzori central circuit take about 5 to with/without the Margherita peak.

How long does it take to climb the Rwenzori Mountains?

However the more days you spend, memorable and interesting your climbing experience will be.

Climbing Rwenzori mountains depends on a number of factors including physical strength, number of peaks, and acclimatization.

Shorter Rwenzori Mountain treks (5/6-day) to Margherita peak are not recommended for inexperienced hikers along the Kilembe trek, while Climbing via the central circuit is the best choice for everyone because of the following reasons. It is especially important for a smooth and successful acclimatization transition.

Climbing Mount Rwenzori is an incredible adventure usually referred to as every mountaineer’s life goal. In order to reach Margherita Peak, you need the zeal and determination to climb, average physical strength, and general confidence.

How much does it Cost to Climb the Rwenzoris?

The Cost of climbing the Rwenzori mountains depends on a number of factors, although the route selected by each traveler outweighs the size of the group, the number of days spent to climb, and the number of peaks.

The final price is determined based on the number of people going for a hike at a time. Also, note the park entrance fees are always included in the long hikes like the central circuit trail.

The Central Circuit Trail Vs the Kilembe Trail

The Central circuit trail is managed by the Rwenzori Mountaineering Service (RMS). The hike is guided by a local community consisting of people who live close to the mountain. On the other note, the Kilembe trail is owned and managed by Rwenzori Trekking Services (RTS), a local company that operates guided walks within the Rwenzoris.

The central circuit trail is the easiest, shortest, and prettiest trek to reach the Margherita peak of the Rwenzori Mountains. It takes approximately  5-7 days to reach the peak and descend back although there can be some variations on the route takes 7-9 days depending on the hiker’s strength and ability

The Central circuit trail is less strenuous to reach the summit of Margherita peak except for the boggy path after John Maate camp on day 3 of the trail. While the Kilembe trail is challenging, it receives impressive reviews for its professionalism, quality equipment and safety measures, as well as new comfortable mountain huts along the route. The Kilembe Route, however, avoids the notorious Bigo Bog crossed on the Central Circuit Trail.

The Central Circuit Trail approaches the Rwenzori Mountains from the East and does a large, anticlockwise loop, while Kilembe, leads from the south and follows a longer, narrower circuit that runs from the northwest-southeast direction.

The Kilembe Route, though longer and challenging, offers quite a better acclimatization profile than the Central Circuit Trail.

What’s interesting about both routes?

Both trails give climbers the opportunities to explore the Rwenzori Mountains without summiting any peaks. The Central Circuit Trail takes about 6 days to complete, while the Kilembe Route has variations you can choose from.

The Central Circuit Trail as well as the Kilembe trail take you well above 4,000 m,  up to Margherita peak which means they’re classified as high-altitude treks. Not only do you need the passion but also physical strength and ability to climb that high. However, the thin air is very demanding and can lead to altitude sickness in some regions within the mountain.

Both service providers; RMS and RTS provide mountain crew which comprises a trekking guide, porters, and a cook who accompanies all trekking groups through the mountain. These folks provide safety to trekkers, share their knowledge of the trail, landscape, vegetation, and animals and prepare your meals.

Both offer hut accommodation in simple wooden mountain huts, alongside pit latrines. Given the cold climate and the often muddy conditions of the park, you need to pack enough clothing that is suitable for these conditions. Mattresses are also provided by the company that you book with.

Both routes are uncrowded, with spectacular views, and consist of 5 vegetation zones. For more information about the Rwenzoris, check out the Rwenzori Info website, a destination guide packed with tips, information, and advice.