Gucci’s festive fashion fail! Brand releases Christmas ad that claims to be set in 1994 but viewers say models’ wide collars, over-sized glasses and floral prints are straight out of the 70s

Gucci’s 2020 Christmas advert, which claims to be set in an office in the mid Nineties, has been riciduled on social media – after viewers said the brand had got the decade’s style completely wrong.

The fashion house served up its festive offering, shot by director Akinola Davies Jr, earlier this week… and it shows office workers enjoying a yuletide shindig in their office.

However, viewers quickly pointed out that the music playing in the background – Yazoo’s Only You – was released in 1982, and that many of the fashions featured – including wide collars, oversized specs and bold floral patterns – perhaps had more in common with popular 70s attire.

Wrong decade! The opening scene of the new Gucci ad sees an office worker browsing a poster for a Christmas party on December 16th 1994 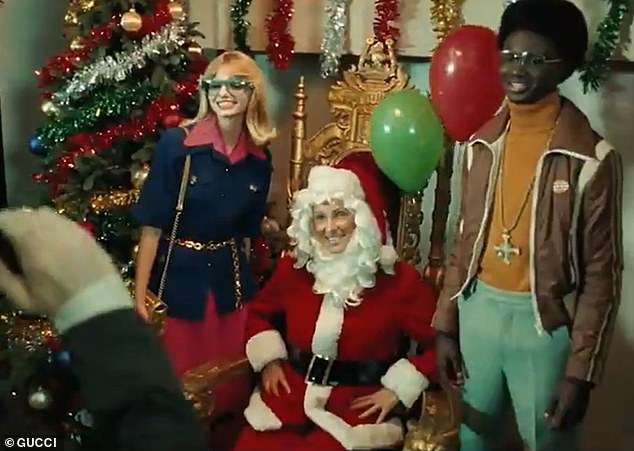 The fashion house has seen its 2020 Christmas commercial, shot by Akinola Davies Jr, ridiculed for its portrayal of what 90s fashions were like, with many saying the clothes – wide collars, oversized glasses and big fringes – were straight out of the 70s 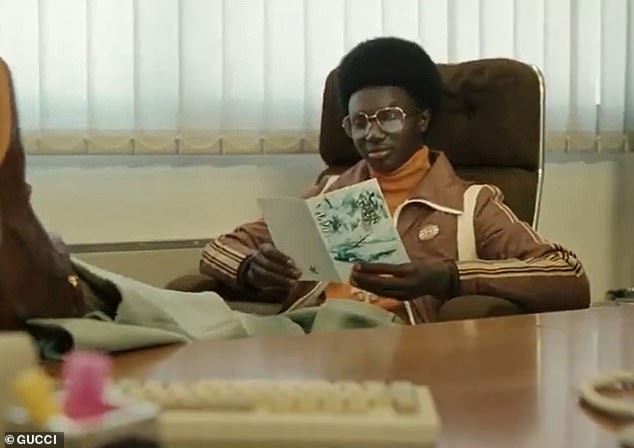 The only thing that’s correct is the computers, suggested one online critic of the advert

Clearly proud of its commercial, the brand shared its release on social media, saying: ‘Holiday party set in the 90s where the workplace becomes an impromptu mix of dance floor, nightclub and bar is the theme of the new #GucciGift campaign directed by #AkinolaDaviesJR.’

However, viewers have responded saying they don’t think the ad is an entirely accurate representation of 90s fashion.

@AndreaDulwich penned: ‘Was anyone on this campaign alive in 1994? People didn’t dress like that!’

@SHKhan75 added: ‘Tell me about it…and some of those shoes look late 60s…weird take on the 90s…the decade which saw the rise of the supermodel…don’t remember seeing them wear anything like this.’ 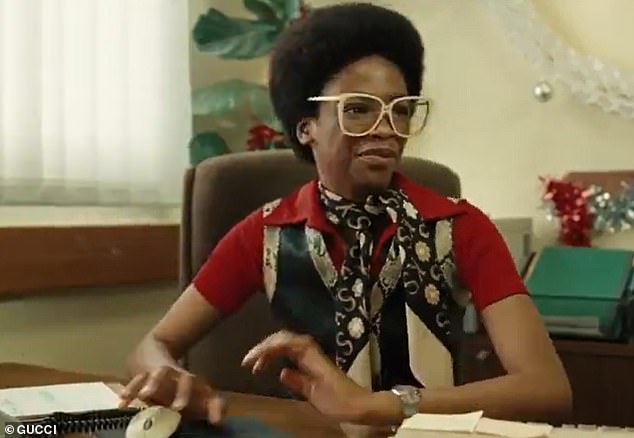 Artistic licence: Twitter offered its own critique of the fashions featured, saying Gucci had got the 90s office vibe all wrong 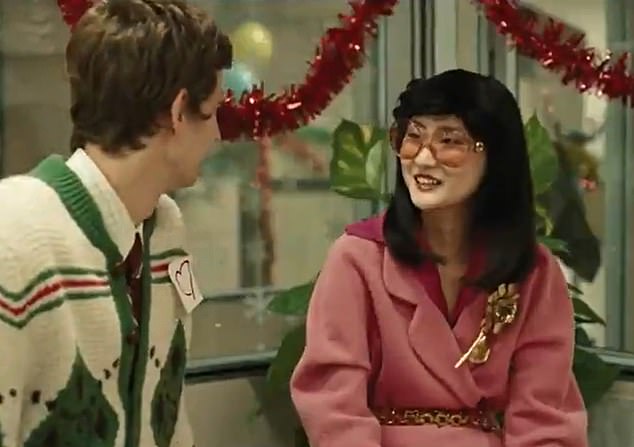 Back in time: to the wrong decade!  One viewer said: ‘The only thing that looks 90s-ish in this is the PC’ 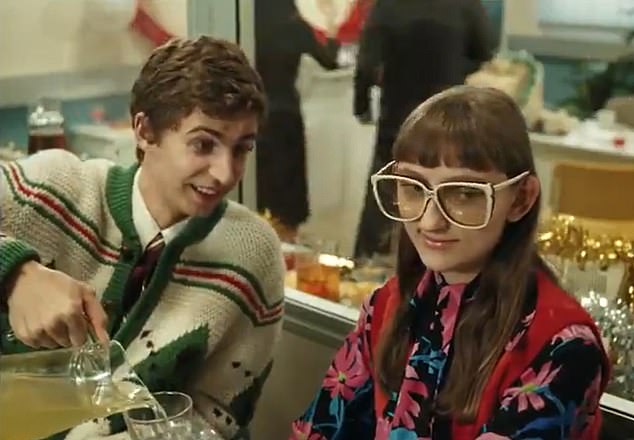 The ad’s soundtrack is also off kilter, featuring the 1982 Yazoo hit Only You

@al_morrell wrote: ‘Exactly what I was going to say! That’s not really 90s office clobber at all! #confused.’

@MCollinsQuinlan chimed in: ‘Erm… Not 90s. It isn’t even 80s really. And I can’t think of a single office worker that can afford Gucci. Fantastic song though.’

@judehanlon added in: ‘The only thing that looks 90s-ish in this is the PC. Everything else straight out of the 70s…’

Others complained about Yazoo singer Alison Moyet’s name appearing to be omitted from the song credit in the brand’s tweet.

Gucci credited Vince Clarke, who wrote the 1982 track, but didn’t mention that Moyet had sung the classic.

The singer, 59, appeared annoyed that her former band-mate had been mentioned and not herself, posting on her Twitter account: ‘And that will be me singing. I must be in Erasure after all! #WomensVoices’

However, the singer quickly deleted the tweet, and clarified that the fashion house had supplied the correct writing credit for the song.