Mr Greenslade, who held various positions on Fleet Street titles, including the editorship of the Daily Mirror, also confirmed he is a member of Sinn Fein.

During the conflict that gripped Northern Ireland, most of the mainstream British press was united in condemning the barbaric violence of the IRA – whose death toll includes hundreds of civilians.

Mr Greenslade said his sympathies with the republican cause developed in the 1970s when he was working as a journalist – but kept his views to himself for fear of being sacked.

Now deciding to ‘come out of hiding’, Mr Greenslade, who is married to Noreen Taylor, the former Daily Mirror journalist and mother of actress Natascha McElhone, has made a full-throated justification for the murderous atrocities carried out by the IRA during the Troubles.

He said: ‘I came to accept that the fight between the forces of the state and a group of insurgents was unequal and therefore could not be fought on conventional terms. In other words, I supported the use of physical force.’

One journalist wrote: ‘Roy Greenslade taught me ”journalism ethics” at City Uni which I found pretty strange as I thought the whole ”don’t murder people” was a pretty basic part of ethics.’ 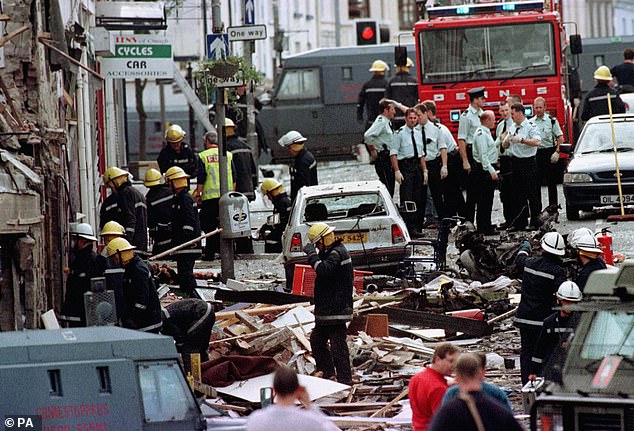 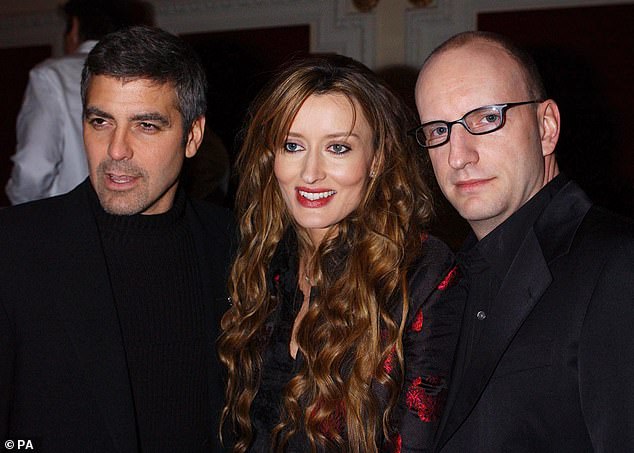 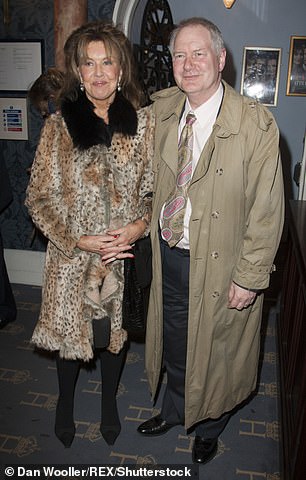 ‘In the Sunday Times he reveals that while working for me at The Sun, editing the Mirror and being a media critic he backed IRA scum killing our people. A complete c***.’

He added: ‘So while trying to attract readers as editor of the Daily Mirror Roy Greenslade didn’t care that the IRA would kill a few. What a vile duplicitous scumbag he is. And still City University keep him on as a media professor. They are as bad.’

Kate Bevan said: ‘I’ve just read Roy Greenslade’s piece and now I feel quite sick. It’s a grotesque piece, devoid of any thought of our sympathy for the victims of the violent s***s he cheers on.’

One social media user said: ‘As someone with relatives who spent years on IRA hit lists, and whose parents and grandparents lost friends to IRA bombs, that utterly deplorable Roy Greenslade piece is a good reminder of the British hard left’s blood lust and moral bankruptcy over Northern Ireland.’ 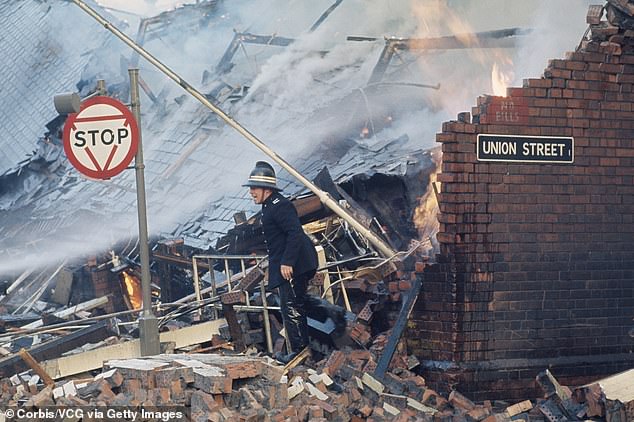 Pictured: Aftermath of a terrorist attack in Belfast’s city centre. Mr Greenslade said his sympathies with the republican cause developed in the 1970s when he was working as a journalist – but kept his views to himself for fear of being sacked

Journalist Etan Smallman said: ‘My @cityjournalism cohort had to endure weekly journalistic ethics lectures from Roy Greenslade. I’m told he is still doing them, now once a term.

‘You might think that advocating mass murder would make that untenable…’

Mr Greenslade, 74, recalled keeping his opinions closely guarded so not to fall out of favour with his newspaper bosses.

Writing in the British Journalism Review, he said: ‘I knew that to own up to supporting Irish republicans would result in me losing my job…

‘I needed a wage because I was on the verge of taking on a mortgage. Better, then, to button my lip and carry on.’

He added: ‘However much I believed its tactics to be valid, I could not hope to convince colleagues that the killing of civilians, albeit by accident, was justifiable.’

The ex-editor said he employed ‘journalistic entryism’ whereby he ‘worked as required by my employers while holding polar opposite political views’. 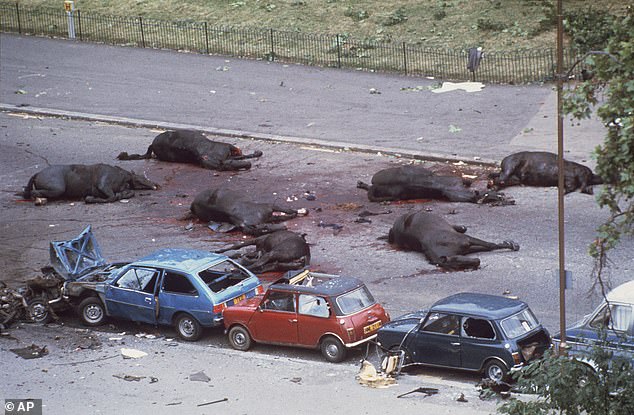 Mr Greenslade also confirmed acting as a bail guarantor for IRA member John Downey, who was accused of participating in the 1982 Hyde Park bombing of the Queen’s Household Cavalry which killed four soldiers and seven horses

He said it became increasingly difficult not to express his views as the conflict developed into the 1980s.

‘I was outraged by the way the prime minister, Margaret Thatcher, handled the hunger strike in which 10 prisoners fasted to death in protest against her government’s withdrawal of special category status.

‘Above my desk, I put up a photo of the first of the 10 to die, Bobby Sands, and it has remained there ever since. I regard him as a hero, as I do all of them.’

Mr Greenslade, who is now emeritus professor of journalism at City University, has previously been linked with Irish republicanism.

In 2008, one of his former Guardian colleagues revealed he had written articles for Sinn Fein newspaper An Phoblacht in the 1980s – which he has now confirmed.

He also confirmed acting as a bail guarantor for IRA member John Downey, who was accused of participating in the 1982 Hyde Park bombing of the Queen’s Household Cavalry which killed four soldiers and seven horses.

‘All I know of him is his dedication to peace,’ Mr Greenslade writes in the article.

Lord Tebbit, whose wife Margaret was left permanently disabled by an IRA bomb at the Conservative Party’s 1984 conference in Brighton, told the Sunday Times: ‘I presume that the extension of his argument is that those who disagree with him are entitled to kill him.’