History-making AFL journalist Nat Edwards has slammed Jordan De Goey for lacking respect for consent after video footage emerged of him partying in a Bali nightclub.

De Goey was absent from Collingwood training on Monday and is expected to be sanctioned by the club after being filmed taking shots and partying in a Bali nightclub during his mid-season break.

Edwards said the real problem with De Goey’s behaviour is the issue of consent after he was seen in the footage trying to expose the breast of one of the women he was with, Instagram model Remy Jackson.

Edwards is a well respected journalist working for AFL.com.au and became the first woman to lead-host primetime free-to-air AFL coverage.

She spoke on the AFL Daily podcast on Monday and expressed her disgust with the incident.

‘That’s the issue for me here. It’s not one of the club letting him go or him partying over in Bali, the issue here for me is of consent and it is one of exposing that woman’s breast,’ Edwards said. 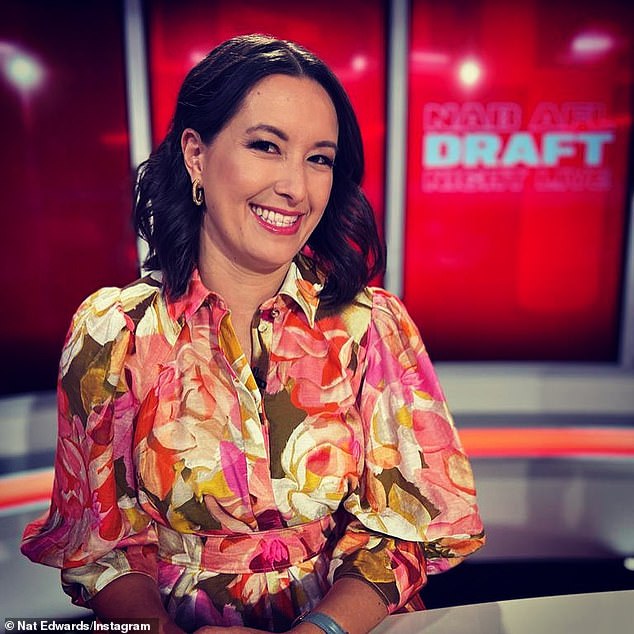 Nat Edwards is a highly respected journalist working for AFL.com.au and she has slammed De Goey’s lack of respect for consent during his controversial mid-season Bali trip

‘In the aftermath, yes, she says she has no problem with it. That is fine if that is how she feels, then so be it. But at the time he didn’t ask if it would be OK to touch her or expose her in that way.

‘We have an issue in this country with domestic violence, with respect towards women, we still don’t have equality – especially in the football industry.

‘He treated her like she was his to do as he pleased. To me, that is so disrespectful.

‘It actually makes me feel sick, to be frank.’

After past indiscretions including being charged with harassment following a nightclub brawl in New York in the off-season, Edwards said she expected De Goey had been educated by the club around the issue of consent.

‘Consent is the problem here and after all that Jordan De Goey has been through and done and dealt with off-field, I would have thought that perhaps he would have received some education around this particular issue,’ she said.

‘He said in his Instagram post ‘enough is enough’ [pictured above]. Well, I have had enough of women being treated this way.

‘There will be people out there who think I am overreacting and that I am just yet another outraged woman.

‘But before those people come at me, maybe stop and think about what if this was your daughter, your niece, your sister. How would you feel then?’ 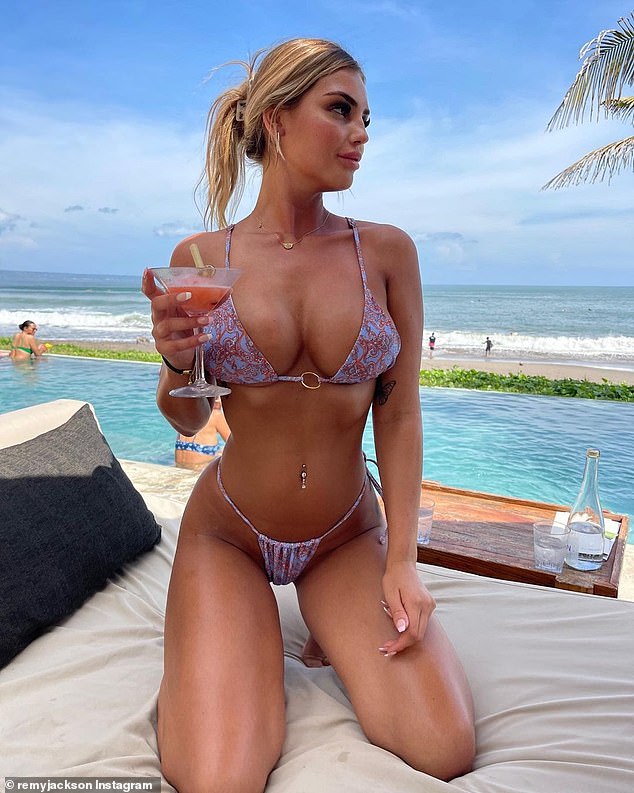 Jackson was the woman in the video, however she has downplayed the incident on Instagram

‘Hey everyone, I can’t believe the backlash towards Jordy & Myself over here in Bali… nothing to see here,’ she wrote. 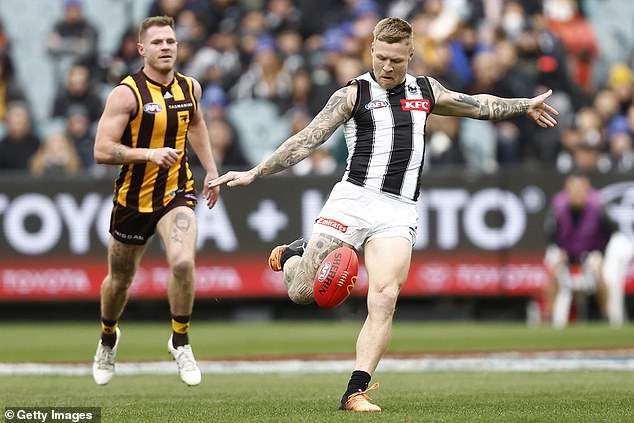 However, Edwards’ co-host on AFL Daily, Damian Barrett, said the narrative would be very different had she not come forward, saying De Goey would likely be sacked and deregistered by the AFL.

‘What you have expressed is what gets to the core of this very issue,’ he said.

‘This story would be disastrous and I don’t think Jordan De Goey plays again if it had transpired that the statement made by one of the women in the video was not comfortable with this story.

‘We wouldn’t even be talking about this … we would just be saying that Jordan De Goey’s career is finished.

‘That is why what you raise here is so serious and why there will be a disciplinary component to it.’