A grime star accused of holding four women against their will and raping them has been described as a ‘narcissist and a violent bully’.

Andy Anokye, 32, who performs as Solo 45, has admitted he would ‘terrorise’ women during ‘rough sex’ but insists it was always consensual.

The musician, who was part of Boy Better Know, is on trial at Bristol Crown Court where he denies 31 charges including 22 of rape and five of false imprisonment.

Grime star Andy Anokye, 32, who performs under the stage name Solo 45, told Bristol Crown Court that he would ‘terrorise’ women during ‘rough sex’ though the encounters were always consensual 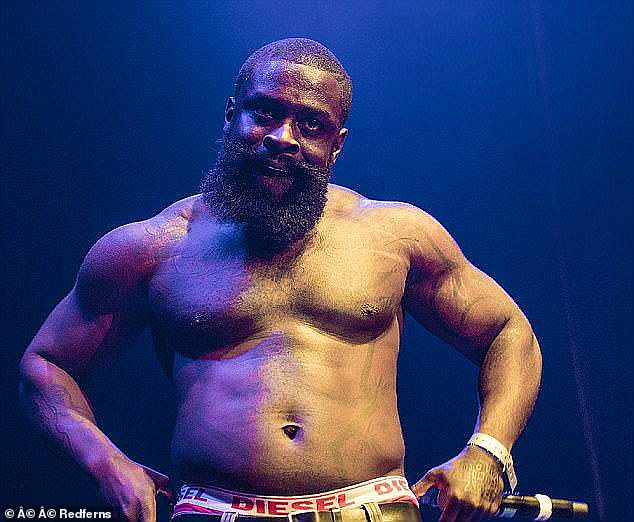 Bristol Crown Court heard Anokye, pictured, enjoyed intimidating and humiliating women playing what he described as ‘rape games’ with them 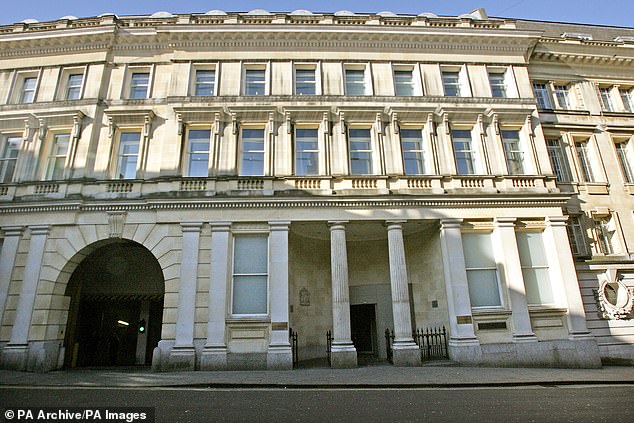 Anokye, from London, denies all the charges against him and the trial continues at Bristol Crown Court, pictured

Christopher Quinlan QC, prosecuting, described the musician as ‘aggressive, rude and sarcastic’ in his closing speech to the jury of seven women and five men.

During the trial, which began in November, jurors have watched videos filmed by the defendant that allegedly show him raping the complainants.

Mr Quinlan said the videos, featuring three of the four women involved, lay ‘at the heart’ of the case.

He asked the jury: ‘Could any of our words do justice for some of the things you saw in those videos?’

He said there were striking similarities in the accounts given by the women, which Anokye refutes.

These included the use of weapons, holding them against their will, holding a cloth with bleach on to their face and water-boarding them.

Mr Quinlan said Anokye was ‘confrontational, argumentative, aggressive, rude and sarcastic’ while being questioned by him.

‘This was his opportunity to tell you he is not a rapist,’ he said to the jury.

‘That’s how he was to me. How is he going to be in a flat on his own, when he is in charge?

‘How is he going to be then when in this court room, the rules don’t constrain him?’

Mr Quinlan said Anokye used certain repetitive phrases to answer questions during the trial, such as ‘it’s the sex I have’.

Mr Quinlan said: ‘It’s like a lyric he might write or adopt for one of his songs.

‘The reality is that he is a narcissist and a violent bully.

‘He doesn’t like it when someone stands up to him so he gets offensive and rude.’

Anokye enjoyed dominating women, slapping them, inflicting pain, putting them in fear, making them cry and simulating rape, he said.

During his evidence, Anokye referred to a ‘rape game’ that he played and spoke of dacryphilia, which is sexual arousal from tears.

Mr Quinlan told the jury: ‘Not one of the women from whom you have heard said that they consented to what he says is a game – the rape game.

‘They marked a boundary and he trashed it because he doesn’t recognise boundaries, either for himself or others.’

Anokye was arrested in 2017 after a woman claimed she had been raped at his waterfront apartment in Bristol.

Following his arrest, police examined videos and images on his digital devices and contacted further women.

He is standing trial accused of 31 charges, relating to four complainants.

Anokye, from London, denies all the charges against him and the trial continues.