Dustin Martin’s return to the AFL is said to be imminent after taking time out the past few weeks to process the death of his father Shane.

The three-time Norm Smith medallist, 30, hasn’t played since taking indefinite leave after Richmond’s first-round loss to Carlton, which has prompted questions over his playing future – despite being contracted to the Tigers until the end of 2024.

There were even rumours swirling that the gun midfielder was considering retirement.

While Martin is unlikely to feature this weekend against reigning premiers Melbourne, a return to Punt Road is believed to be a formality now that he has been spotted training at a Port Melbourne gym.

He will be welcomed back with open arms, with Richmond sitting in 11th spot after two wins from their first five matches of the season. 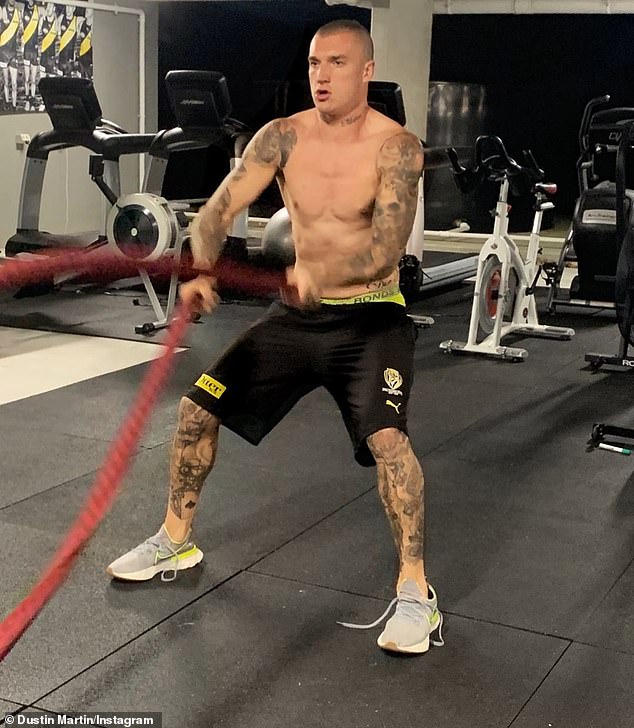 It is believed Martin spent the past few weeks in Sydney with friends as he grieves the death of his father, who died suddenly in New Zealand last December aged just 54.

Richmond agreed to Martin’s request for time away, deeming it the best outcome for player and club.

‘He’s just taking some personal time at the moment,’ he said.

‘We’ll give him his time…’He’s so important to the fabric of our footy club, we just want to make sure he’s OK and he’s getting what he needs.’ 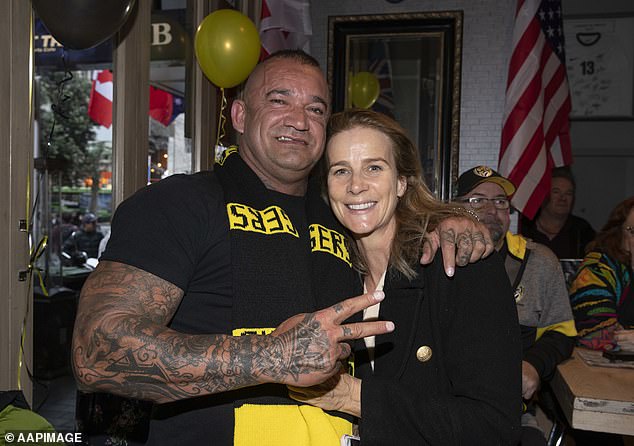 Martin shared a close bond with his father, who infamously had ties to the Rebels outlaw bikie gang.

He was deported from Australia in 2016 on the grounds of bad character.

Martin told Fox Footy earlier this year it was also his dream to win another flag –  with his father watching on in the grandstand at the MCG.