The Greens have gone into damage control after a former staffer for Lidia Thorpe revealed details about a meeting in which the Senator allegedly hurled a tirade of verbal abuse at an Indigenous elder.

Ms Thorpe is alleged to have unleashed a furious rant at First Peoples’ Assembly of Victoria co-chairs Marcus Stewart and Aunty Geraldine Atkinson at a committee room meeting in Parliament House on June 22, 2021.

It’s claimed Ms Atkinson, who is aged in her 70s, was so shaken by Senator Thorpe’s behaviour she sought assistance from the parliamentary nurse after the meeting.

The fallout from the alleged rant led the Greens to issue a set of ‘talking points’ instructing the minor party’s MPs how to respond to questions over the alleged meltdown – only for them to be leaked to ABC presenter Patricia Karvelas. 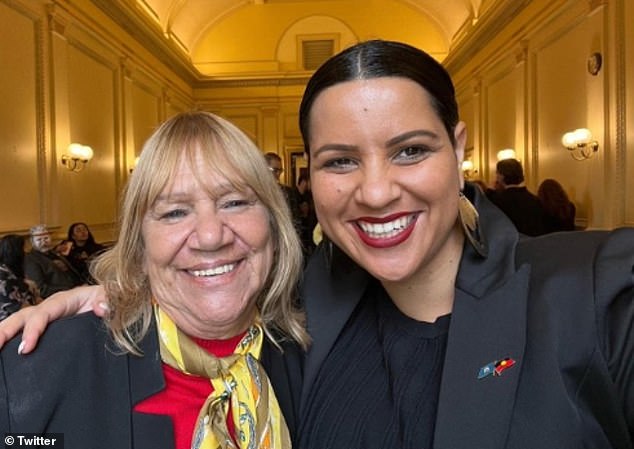 Aunty Geraldine Atkinson (left) was at the meeting with Marcus Stewart, whose wife is Senator Jana Stewart (right)

Ms Thorpe’s former chief of staff David Mejia-Canales was at the meeting and, in a private email published earlier this week, apologised for not ending it sooner after Senator Thorpe’s ‘appalling’ behaviour.

‘The conduct that I witnessed at that meeting was by far one of the most unprofessional displays I have ever seen, not just during the length of my career, but in my life,’ Mr Mejia-Canales said in the email, reports The Sydney Morning Herald.

The leaked talking points instruct Greens MPs to not directly address the matter.

‘It is inappropriate to discuss staffing matters publicly, but we are confident we have strong processes for addressing complaints that have been strengthened since the Jenkins Review (into Parliament workplace culture),’ the document states.

‘Greens MPs have continued to work closely with the First People’s Assembly of Victoria to further the Treaty process happening in the state.’

Here are the Greens LEAKED talking points sent to MPs in relation to an Aboriginal elder who has alleged she was verbally abused by Greens Senator Lidia Thorpe during a 2021 meeting in Parliament – she says her formal complaint has never been acknowledged by Adam Bandt #auspol pic.twitter.com/T0TCAio4zZ 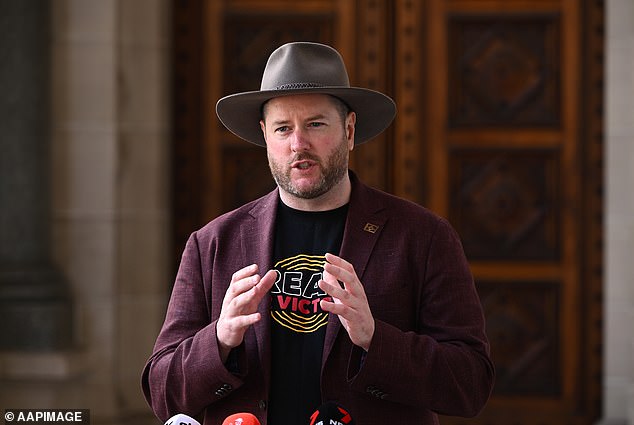 Ms Atkinson says she lodged a formal complaint about the meeting to Greens leader Adam Bandt in which she described Ms Thorpe’s conduct as ‘vicious’ but that he never acknowledged it.

While the exact contents of the Senator’s outburst has not been revealed, in a separate letter to former Senate president Scott Ryan, Ms Atkinson said Senator Thorpe criticised the Bamblett family, which Atkinson is a member of, and suggested she was involved in Aboriginal organisations that were trying to ‘bring her down’.

‘When I tried to intervene to respond, Senator Thorpe spoke over the top of me in a highly aggressive tone, repeatedly stating, ‘I am an Australian senator. You are in my meeting,’ Ms Atkinson said.

A spokesman for Senator Thorpe told the SMH the meeting involved a ‘robust discussion’ about the treaty process but did not elaborate.

Mr Bandt told the publication he had discussed the situation with Senator Thorpe but also did not elaborate.