The government’s bill enshrines an emissions reduction target of 43 per cent by 2030 and net zero by 2050, and will require the minister of the day to report annually to parliament on the nation’s progress.

Negotiations between Mr Bandt and Climate Change Minister Chris Bowen had been ongoing after the Greens voiced concerns about the bill.

The Greens wanted faster action on climate change, calling for a 2030 emissions reduction target of 75 per cent during the election campaign.

Labor needs the support of all 12 Greens senators plus one crossbencher in order for the bill to pass the upper house.

Independent David Pocock, former Wallabies captain, has indicated he will support the bill, meaning it will now almost certainly pass the senate.

Mr Albanese said he was ‘very confident’ the bill would pass, and urged the Coalition to also back it.

‘This is an opportunity for the whole of the parliament to be on the right side of history,’ he said.

Mr Bowen said: ‘The climate wars may or may not be over, but they are certainly in retreat.’

Despite announcing his support for the bill, Mr Bandt has warned he will push Labor to stop opening new coal and gas mines, warning ‘the planet will burn’ if they are not stopped.

‘This is round one in a three-year parliament,’ he said.

Mr Bandt said not all Greens senators and members agreed but all will vote for the bill after reaching a consensus decision.

The Greens’ decision to support the bill contrasts with its 2009 move to block the Gillard government’s Carbon Pollution Reduction Scheme, which the party said was not ambitious enough.

Labor does not need parliamentary approval for its emissions reductions targets but Mr Bowen said passing the bill was important for securing investment. 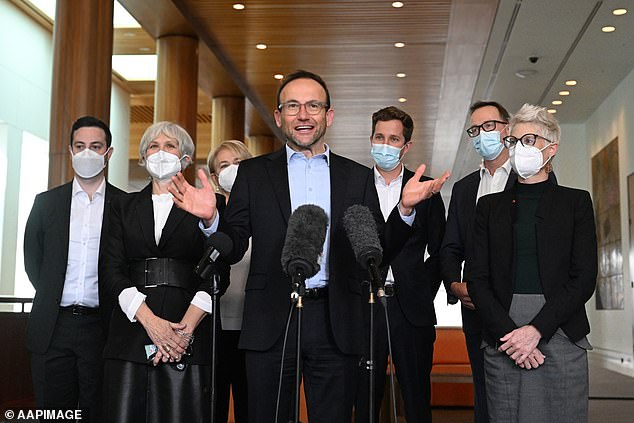 ‘The other thing that’s important to get investment in renewable energy and to get the targets underway is certainty and policy frameworks being legislated,’ he told parliament on Tuesday.

‘Not only does Australia now have a government that gets it, we have a parliament that gets it too and will provide that policy certainty and framework for investors right around the world.’

In 2019 a paper published by the University of Melbourne estimated reducing emissions by 26 per cent by 2030 would cost $35.5billion – but inaction would cost $584.5billion in climate change related damage.

Independent MPs Helen Haines and Kate Chaney are absent from parliament this week after testing positive for Covid-19, but other crossbenchers will propose amendments in their names.

Ms Chaney’s amendment aims to ensure the bill clearly states its intention is to actually drive climate action and is linked to science.

‘The science shows a target of at least 50 per cent reduction in emissions by 2030 is needed,’ she said in a statement.

‘But I am keen to lock in this progress and continue to work with the government to pursue the opportunities presented by this necessary shift in our economic activity.’

A meeting of Liberal and Nationals MPs and senators on Tuesday affirmed the coalition’s opposition to the bill.

The coalition plans to develop its own climate policy, including updated emissions targets beyond its existing 26-28 per cent reduction proposal, in time for the next federal election. 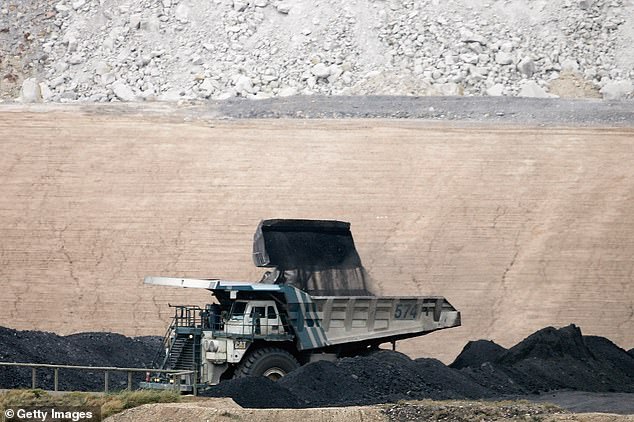 Mr Bandt wants the Government to stop any new coal and gas mines. Pictured: A coal mine in Muswellbrook