Gunshots have been fired at the family home of pack rapists Bilal and Mohammed Skaf in Sydney’s south-west – with their younger brother believed to be the target.

Police were called to a home on Valencia Street, Greenacre just after 9pm on Sunday after reports of shots being fired at the property.

The one-storey home is where Mohammed Skaf was released to after he was freed from Long Bay prison in October 2021 and is the home of his younger brother, Hadi.

A vehicle fled the street just moments after the shooting, a NSW Police Force spokesperson said.

Underworld sources widely believe 22-year-old Hadi was the target of the shooting, however it is unknown if he was at home at the time.

After his release from Long Bay in October, 2021, Skaf was driven to his family’s home at Greenacre in Sydney’s south-west where he resides with his family 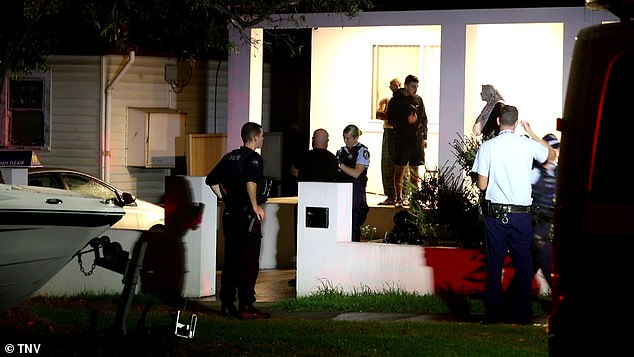 NSW Police said a crime scene had been established with the canvass of the area underway (pictured, police talk with residents at the scene on Sunday night)

‘There have been no reports of injuries; however, NSW Ambulance paramedics were called to treat a woman for the effects of shock,’ they said.

Images from the scene showed police speaking with residents and officers scouring the street for gunshot residue.

A PolAir helicopter was seen flying overhead as police established a crime scene at the property.

In October, Hadi Skaf was arrested on charges involving conspiracy to kidnap when he and four other men were apprehended in a park in Sydney’s southwest.

The 22-year-old was later granted bail. 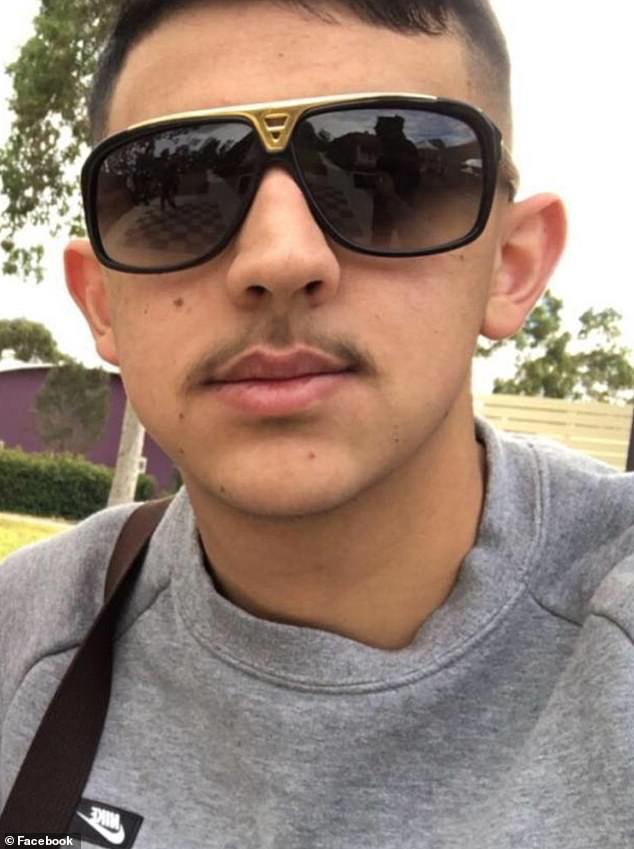 Hadi, a 22-year-old old labourer, came to the attention of police in June 2021 when officers caught him supplying a woman with cocaine in Sydney’s inner-city. He is pictured above 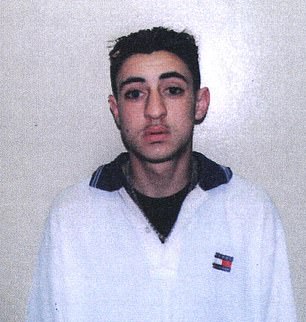 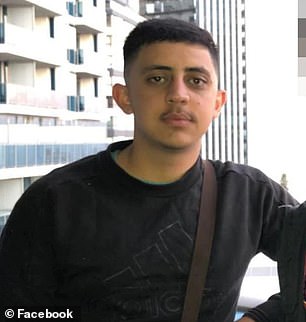 Just over a year ago, Hadi’s older brother Mohammad was released from Sydney’s Long Bay jail after spending almost 21 years in jail for his crimes.

He was part of a gang of Lebanese-Australian youths led by his older brother Bilal who rampaged through the city’s south-west in the lead up to the 2000 Olympic Games.

At least six women and girls were held against their will and repeatedly sexually assaulted in four attacks perpetrated by the gang.

One woman was raped 25 times by 14 attackers at three locations as she was called an ‘Aussie pig’ in an ordeal that lasted six hours.

Mohammed Skaf, who was convicted in relation to two of the rapes, was 17 at the time of the offences and is now 38. His brother Bilal was almost 19 and is now 40.

Upon leaving prison, he was driven to his family’s home, where he has lived with his parents, sister and younger brother. 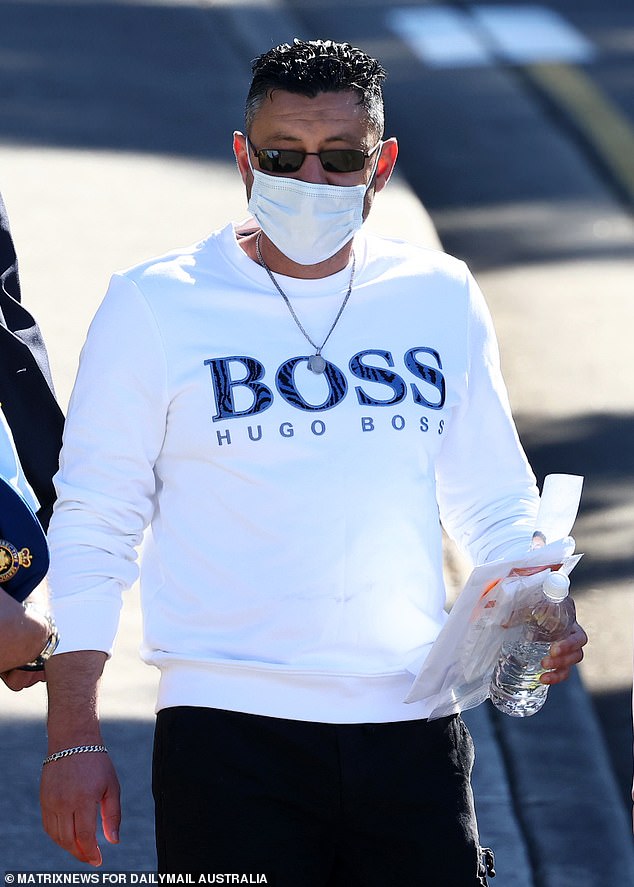 Notorious pack rapist Mohammed Skaf walked out of Sydney’s Long Bay correctional complex in early October, 2021 after spending most of his life in custody 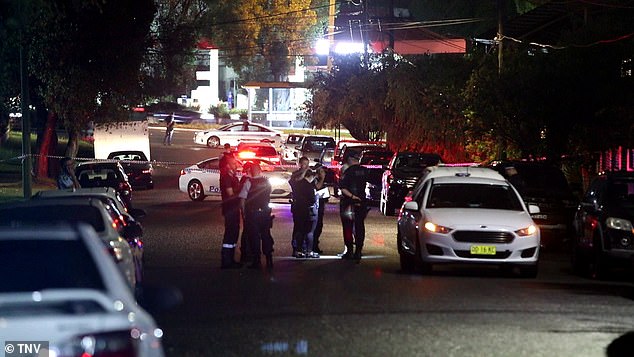 A NSW Police spokesperson said attending officers were told a vehicle had fled the street just moments after the public shooting (pictured, police at the scene on Sunday night) 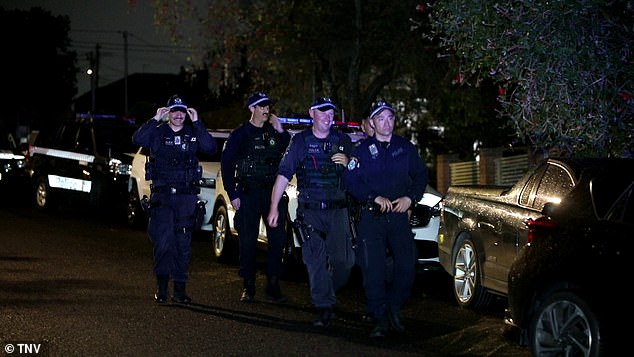 In images from the scene, residents are seen speaking with authorities as officers and police dogs were on hand to scour the property for clues (pictured)

Following a series of further convictions and appeals that term was reduced to a maximum of 22 years, 11 months and 30 days.

Skaf’s sister told Daily Mail Australia at the time that her family was ready to welcome her brother home.

‘We’re looking forward to him coming home and hopefully he’ll start a life that we’ve never experienced before,’ she said.

‘We’re pretty excited and happy for him to come home.’

The family lives on a quiet street about 1.7km from Gosling Park where one of the gang’s pack rapes was committed on August 12, 2000. 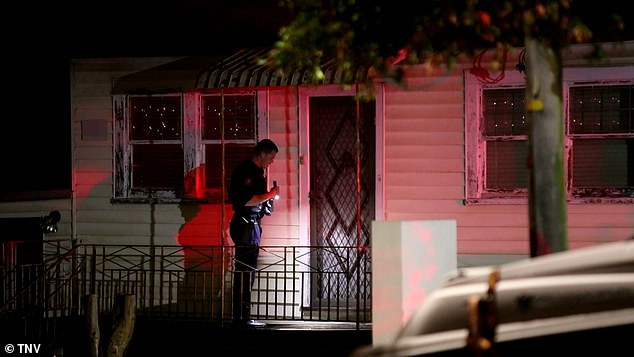 Police were called to a home on Valencia Street in Greenacre just after 9pm on Sunday night after reports of bullets being fired at the home (pictured, police on the scene) 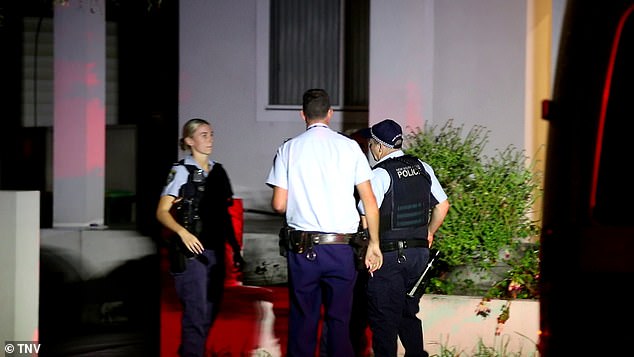 Skaf’s sister told Daily Mail Australia that her family was ready to welcome her brother home after he was released from Long Bay last October (pictured, police on the scene) 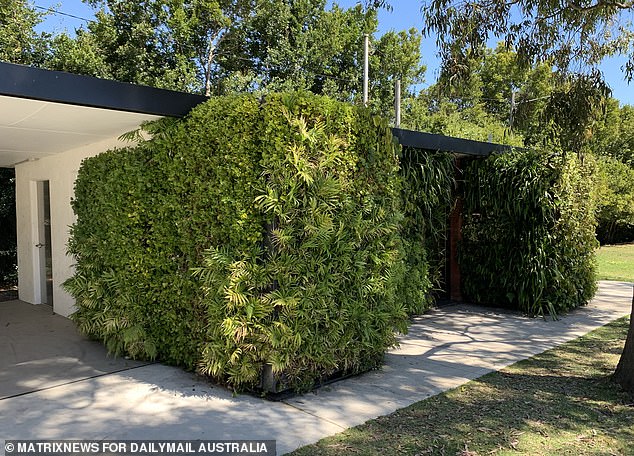 The gang, led by Bilal Skaf, took two teenagers aged 17 and 18 to a toilet block at Northcote Park, Greenacre, where they were raped by eight men on August 10, 2000. The park, which is 750m from the Skaf family home, is pictured

Skaf had lured a 16-year-old girl he knew to the park where Bilal and a second gang member raped her while a dozen more young men watched.

He is banned from any form of contact with his victims or co-offenders and cannot visit the Liverpool, Fairfield, Blacktown or Parramatta council areas.

Mohammed is considered a low to medium risk of ‘general re-offending’ but one Corrective Services psychologist assessed him as in the ‘well above average’ range of committing further sex offences.

August 10th, 2000: Two teenagers (one 17 and the other 18) were offered drugs. They were taken by car to the gang, who were waiting at Northcote Park in Greenacre.

They were forced to perform sex acts on eight men.

August 12th, 2000: Mohammed took a 16-year-old friend to his brother and friends. Bilal and another male raped the girl in front of 12 men.

She was taken to a separate location and raped and assaulted by 14 men for for six hours.

September 4th, 2000: Two girls were attacked at a train station and taken to a home where they were assaulted by three men over a five hour period.