‘Best Christmas present ever’: Grandmother of girl, eight, ‘who was kidnapped by her babysitter and man’ toasts the youngster’s safe return after 16-hour manhunt

By Andy Dolan and Richard Marsden for the Daily Mail

A couple who allegedly abducted a neighbour’s eight-year-old daughter were arrested yesterday following a 16-hour manhunt.

The girl, called Tiolah but known as Tillie, vanished with Annmarie Lawton, 29, and a man called Adam after the pair offered to take her to McDonald’s on Wednesday.

They were later spotted on CCTV eating their takeaway in front of a shop.

Two hours after detectives released the images in an appeal to find Tillie early yesterday, they announced she had been found safe and well.

Images taken by a passer-by showed Lawton and her friend being stopped in a Bristol shopping centre just before 9am.

Adam, 25, was escorted away on foot by officers before Lawton was put into the back of a waiting police car. 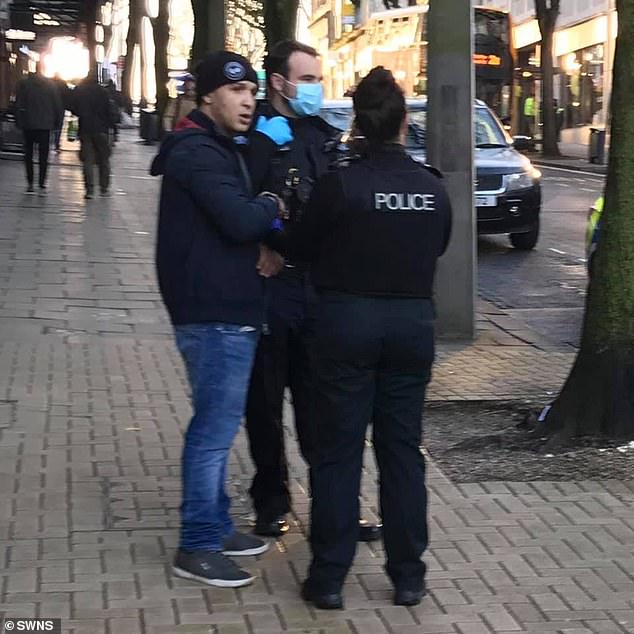 Adam, 25, was escorted away on foot by officers before Lawton was put into the back of a waiting police car

The pair were carrying a Sainsbury’s bag containing what appeared to be toys and a pink umbrella.

It is understood officers were called by a member of the public after the trio were seen shopping in nearby Broadmead.

Last night, as the pair were being questioned on suspicion of abduction, Tillie’s grandmother said her safe return to her home in Knowle West, Bristol, was the ‘best Christmas present ever’.

Wendy Ford, 80, said: ‘I barely slept after I heard that Tillie had been abducted and my phone has been ringing non-stop from people wanting to know the latest and offering their help.

‘I’ve got 19 grandchildren and great-grandchildren but I’ve not been able to see many of them since the pandemic began.

‘Christmas was always going to be a difficult time for me so when I heard the news on Wednesday that Tillie had gone missing I was distraught.

‘You can only imagine the relief when I was told that she had been found safe and well – that was the best Christmas present I could have wished for.

‘The whole family are just so happy to have her back. She’s such a lively and happy girl and we just all hope that she’s not too badly hurt by her experience.’

Before Lawton and Adam offered to take Tillie to McDonald’s, two videos of the child, apparently filmed in Lawton’s property, were posted on Facebook Live.

A man was in the background lounging on a sofa as Lawton described how they were going to bake a cake. The videos prompted hundreds of comments from Facebook users who by then were aware that Tillie was missing.

Neighbours said Lawton moved into the end-of terrace address earlier this year, placed there by the council.

One said: ‘She lives here on her own, but people come and go all the time.’

A relative said Lawton had left her home town of Barnsley several years ago to be closer to her father and elder sister. 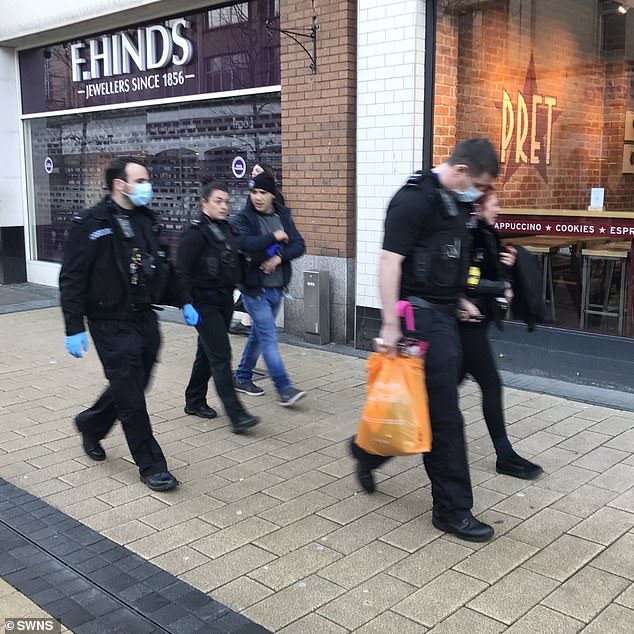 The girls’ mother, Tracey, is said to have died when Lawton was 11.

Police confirmed Tillie was in the care of police officers and other agencies. Detective Superintendent Lisa Simpson of Avon and Somerset Police said: ‘Members of the community and the media who shared our appeal have undoubtedly played a big part in finding this little girl so quickly.

‘I want to share my thanks on behalf of the investigative team and the family.

‘This is an incredibly unusual incident which understandably has caused significant distress and we’re treating it with the seriousness and sensitivity you would expect.

‘The circumstances are now part of an ongoing investigation. However, I want to reassure people that we have no evidence to suggest any wider child safety issue in south Bristol.’

Tillie was reported missing at 7pm on Wednesday, three hours after her mother, who has not been named, expected her home from the McDonald’s in Bedminster.