Earnings at Grainger have more than doubled thanks to a large rise in rental income and soaring growth in the valuation of its investment properties.

Britain’s biggest listed residential landlord revealed profits climbed to £75.6million in the six months to the end of March from £34.3million in the same period the previous year.

Profitability received its greatest boost from a massive uplift in net valuation on its investment assets, which skyrocketed by £49million year-on-year to £59.3million.

High demand: Occupancy levels within Grainger’s private rented sector (PRS) portfolio, worth about £2.2billion, above pre-pandemic volumes to a record 98 per cent

Yet the Newcastle-based company also benefited from strong demand for its homes across both London and regional areas, including new property developments.

This drove occupancy levels in its £2.2billion private rented sector holdings, which comprises over 70 per cent of the group’s portfolio value, above pre-pandemic volumes to a record 98 per cent.

Combined with a 3.5 per cent like-for-like increase in the average rent charged to its tenants, this helped boost net rental income by 23 per cent to £42.8million.

Total revenue also soared by around a quarter to £126.6million even though sales of residential units plunged by about two-thirds to 187 properties due mainly to a fall in transactions of non-vacant properties.

She added: ‘Grainger is in a strong position as market leader with a scalable national operating platform, fully-funded secured pipeline and fully integrated business model. 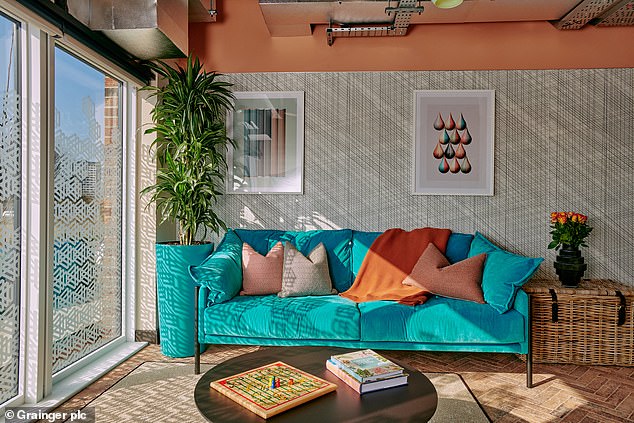 Future: Grainger currently has a fully-funded secure pipeline of about 4,000 homes with an investment value exceeding £1billion that is forecasted to double its net rental income

‘We are well prepared for the economic challenges facing the UK today of inflation and cost of living rises.

‘With a resilient customer base, high-quality energy-efficient homes, fixed debt costs, fixed delivery costs across the majority of our secured pipeline and limited direct exposure to other inflationary pressures, we are confident in the outlook for our business.’

Grainger currently has a fully-funded secure pipeline of about 4,000 homes with an investment value exceeding £1billion that is forecasted to double its net rental income once they become fully operational.

For this financial year, the FTSE 250 company is expecting to bring another 1,174 properties to market, followed by more than 1,700 the year after.

The firm added that it was in a strong position to grab a higher market share from the exit of smaller landlords, many of whom are leaving the sector because of increasing regulation and fiscal issues.

But Edison Group director Andy Murphy warned that Grainger ‘will face significant disruption caused by macroeconomic pressures such as the ongoing conflict in Ukraine and rising inflation, both of which are feeding into a cost-of-living crisis which will take its toll on the property sector.’

Grainger shares were up 2.2 per cent to 287.2p during the mid-afternoon on Thursday, meaning its value has fallen by over 10 per cent in the past six months.