The former Brighton manager’s position is under intense scrutiny following a woeful run of just one victory in their previous 10 domestic matches.

Potter has the backing of owners Todd Boehly and Clearlake Capital – but fans appear to be turning on their manager, who was only appointed in September. 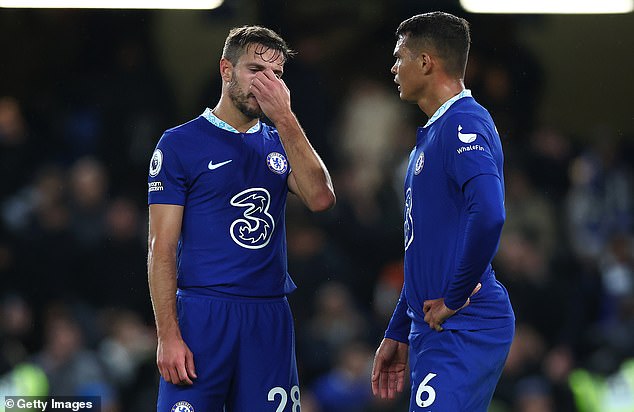 And Potter hauled senior players Thiago Silva, Cesar Azpilicueta, Mateo Kovacic and Jorginho in for talks at the club’s Cobham training base ahead of tonight’s clash against Fulham in hope of arresting their worrying slide.

‘I spoke really at length yesterday with Thiago, Azpi, Jorgi and Kova – we had a really good conversation,’ revealed Potter. 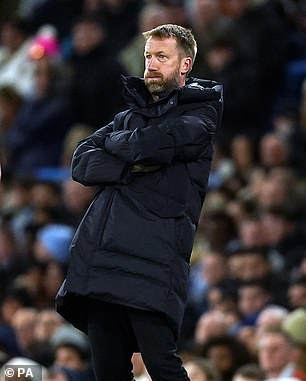 ‘And I think we are in a place where we can move forward.’ Potter also revealed he has spoken to Chelsea’s owners this week, saying: ‘I’ve been in regular dialogue with the owners and they’ve been really supportive, fantastic.

‘We speak on a regular basis, two or three times a week, and they’ve been really supportive.’ Meanwhile, Joao Felix competed his loan move to Stamford Bridge yesterday and could be part of the squad that travels to Craven Cottage if he gains clearance in time this morning. 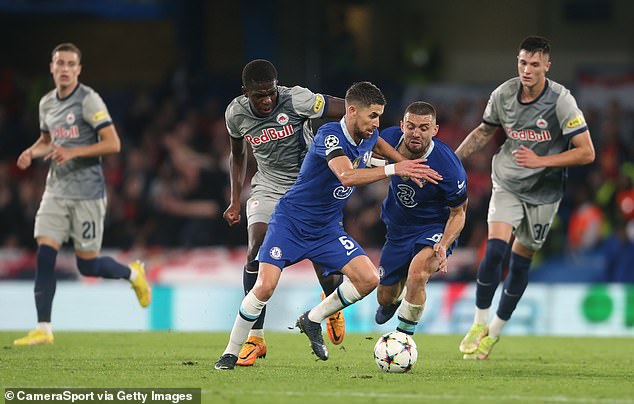 But the club’s already lengthy injury list has gained another long-term casualty after Potter confirmed winger Christian Pulisic will miss two months with the knee injury he suffered against Manchester City last week.

The club are still awaiting a full diagnosis on Raheem Sterling’s hamstring problem though Pierre-Emerick Aubameyang is available for Fulham after recovering from a back injury, while Reece James and Ngolo Kane have stepped-up their rehabilitation programmes.