EXPRESS INFORMER > Business & Finances > Grade II listed East Sussex family home with a clock tower can be yours for £2.5million

A striking property on the south coast with its own clock tower is currently up for grabs for £2.5million.

It has an impressive clock tower that boasts has four clocks made by B L Vulliamy, the clockmaker to King George III.

The property has been in the same family for more than 30 years and is now being sold by M&W Sales and Lettings. 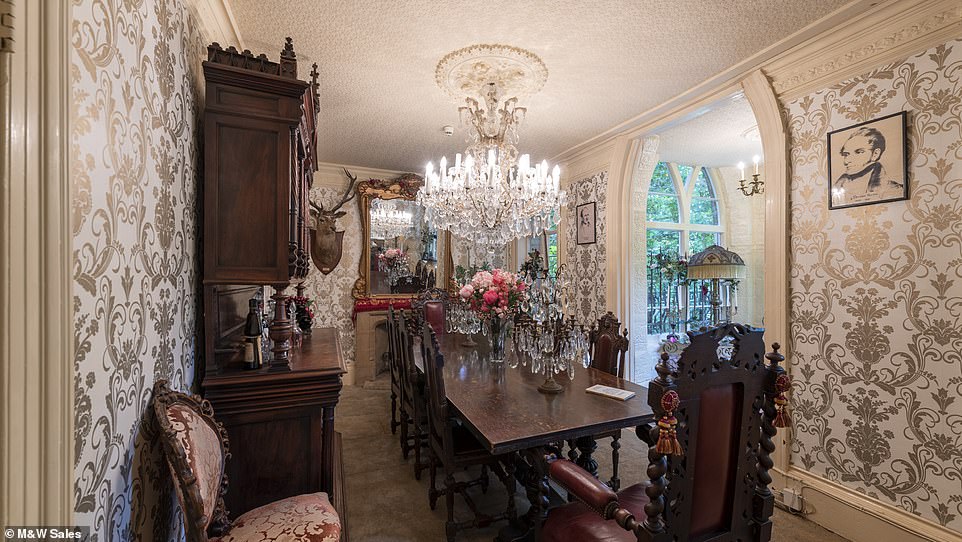 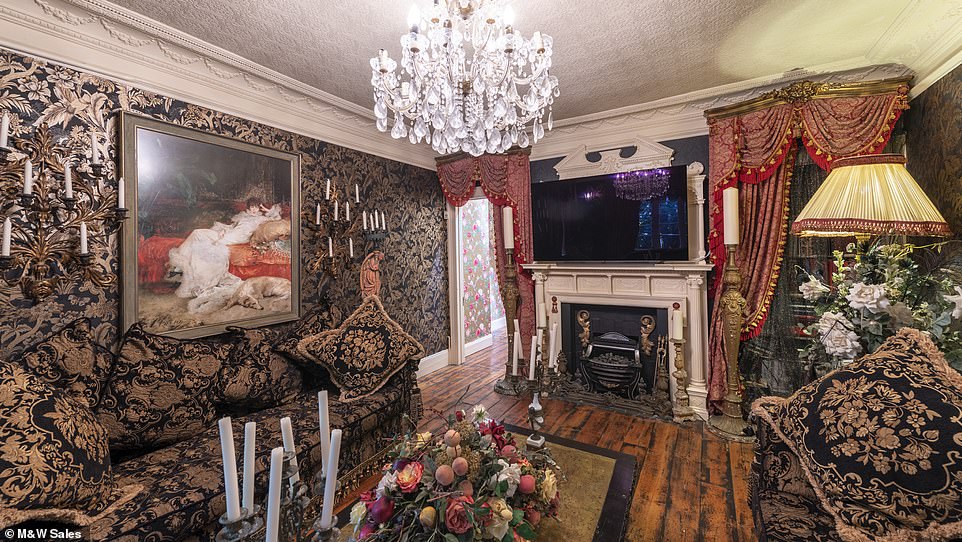 This living area has a large Tv sitting above a feature fireplace, colourful drape curtains and dark decorative wallpaper 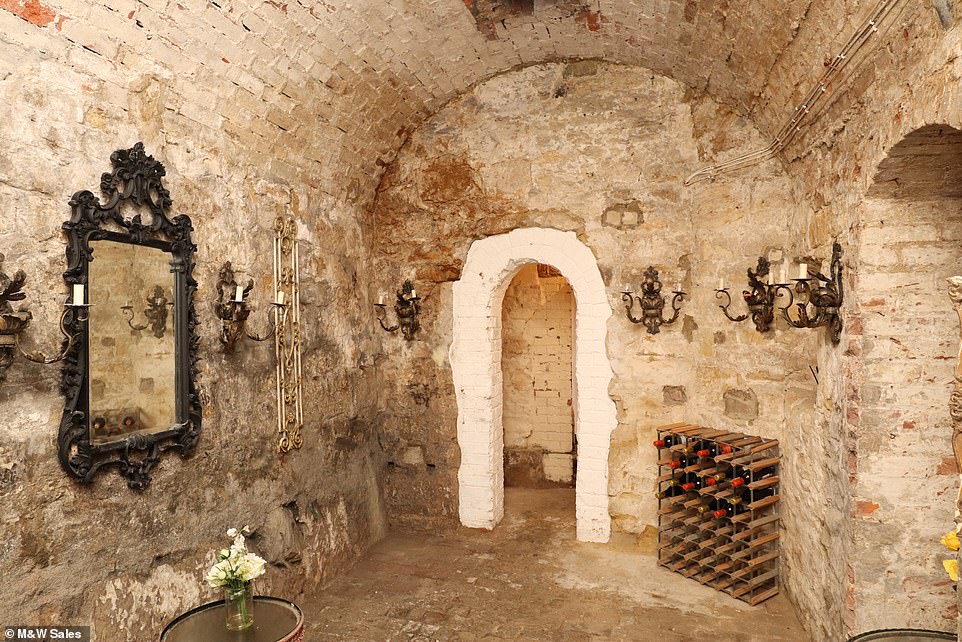 The impressive property was constructed by the architect James Burton and his son Decimus Burton in 1827, who were behind many of the Georgian buildings in London

The property was one of the first buildings constructed by the architect James Burton and his son Decimus Burton in 1827.

The pair were responsible for many of the historic homes along the South Coast, Tunbridge Wells and London. They were behind much of the building of Georgian London, including being responsible for large areas of Bloomsbury, as well as St John’s Wood and Clapham Common. James also collaborated with John Nash at Regent’s Park.

In 1828, he started building a new season town at St Leonards, based closely on his experiences at Regents Park. 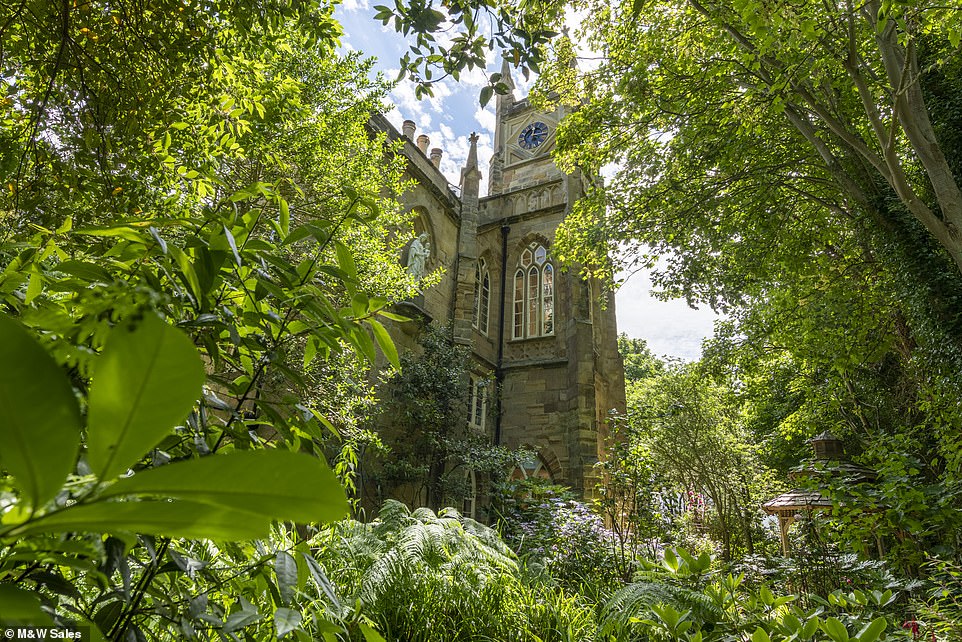 There is a clock tower with four clocks, which were made by B L Vulliamy, the clockmaker to King George III 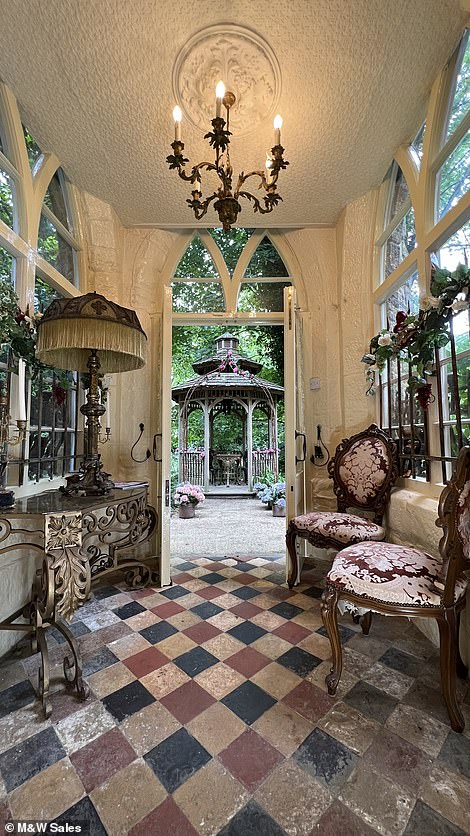 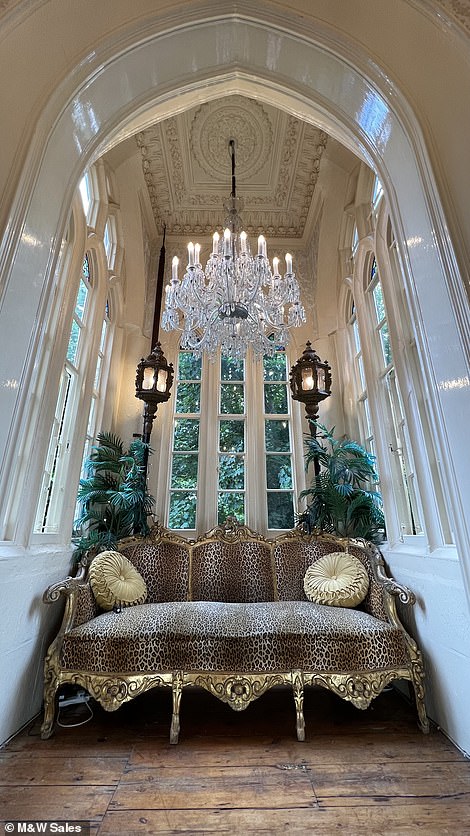 The property has plenty of interesting features, including arched windows and multi-coloured tiled floors in the hallway 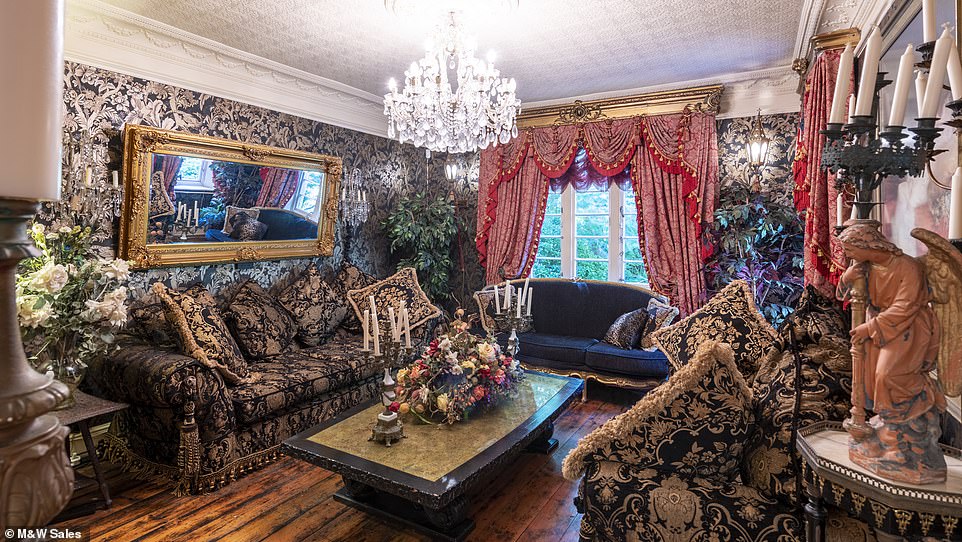 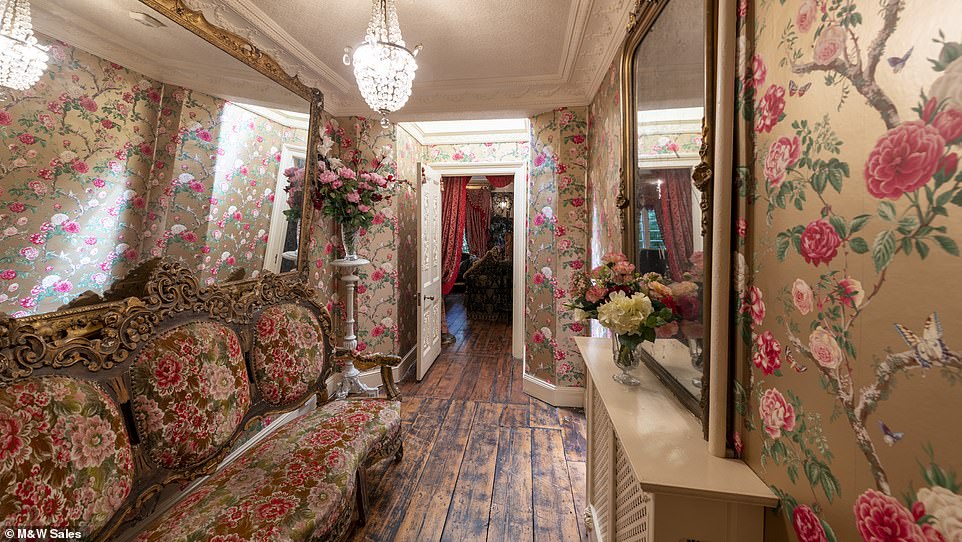 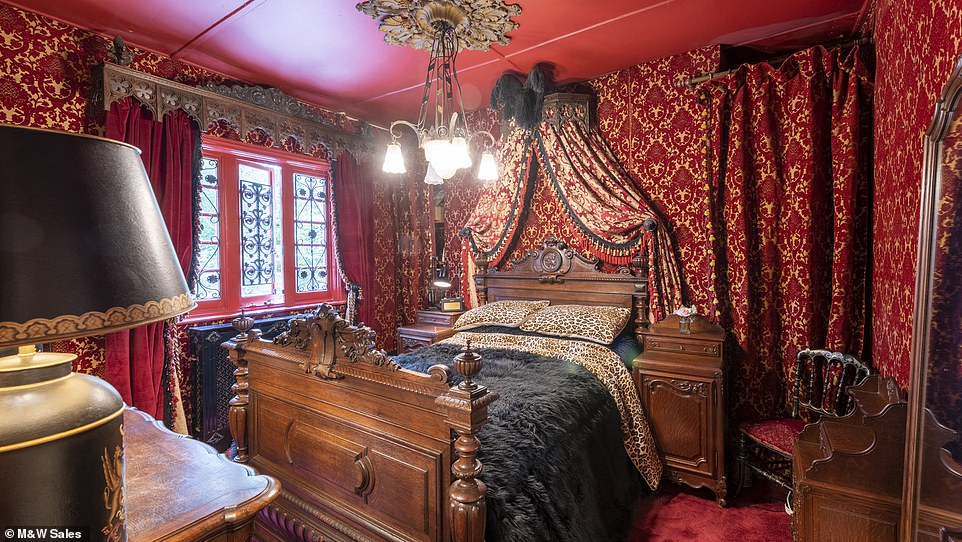 The Clock House retains many impressive features, including arched gothic doorways and a tiled entrance flooring.

There is an opulent interior, and a landscaped garden outside that includes a bar and dining areas.

It is spread across three floors and is on Maze Hill, overlooking St Leonards Gardens, with views to the sea. 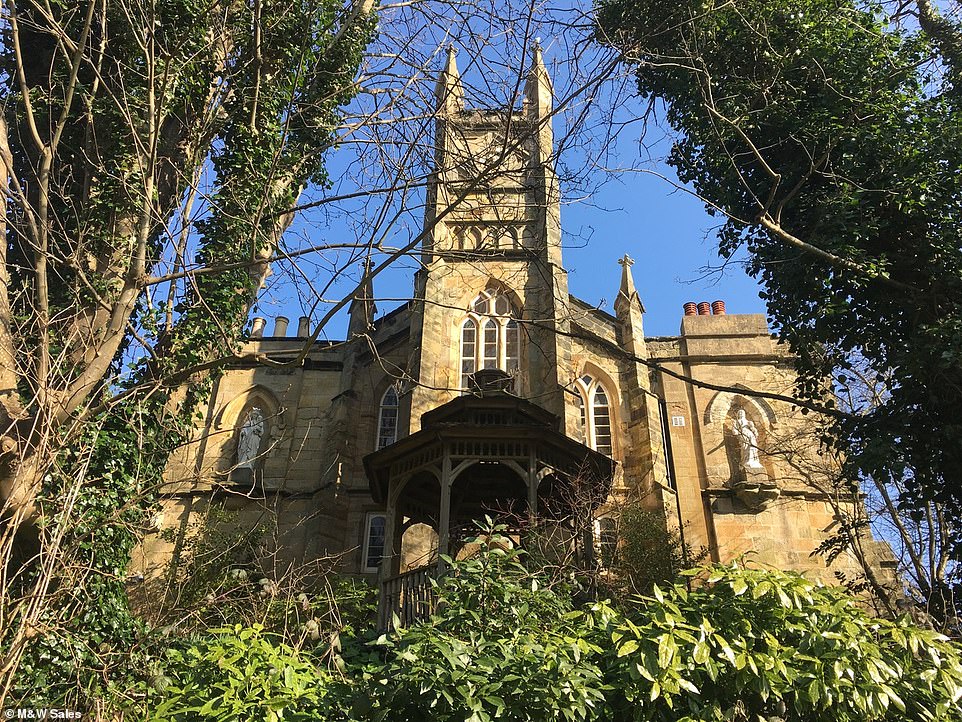 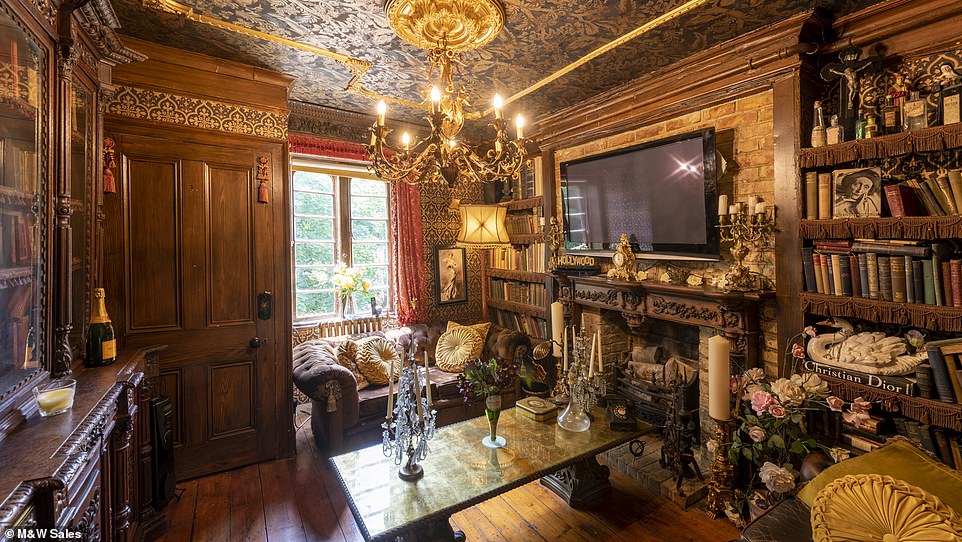 The property has an asking price of £2.5million and is only a short walk from the centre of the town of St Leonards-on-Sea 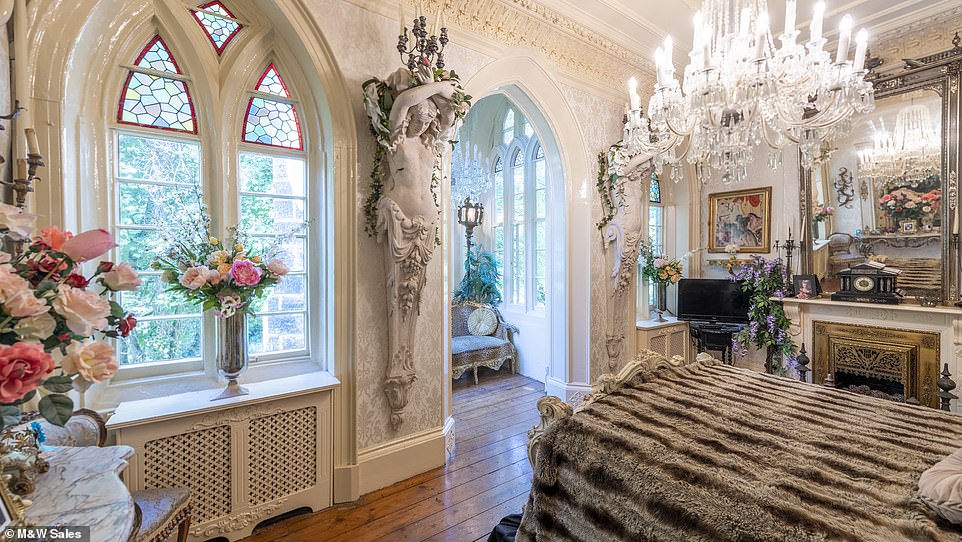 The property has five bedrooms, with this one including a fireplace and an arched window that includes some stained glass 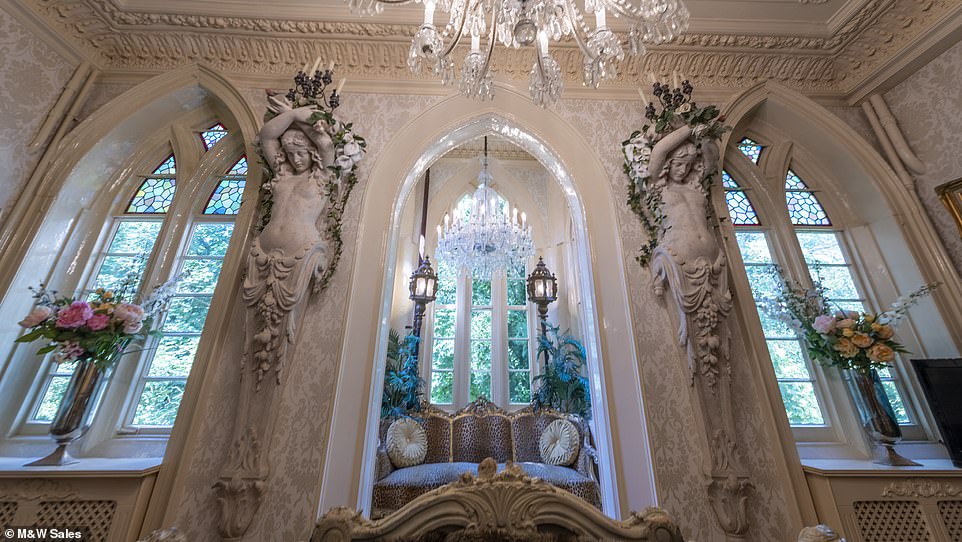 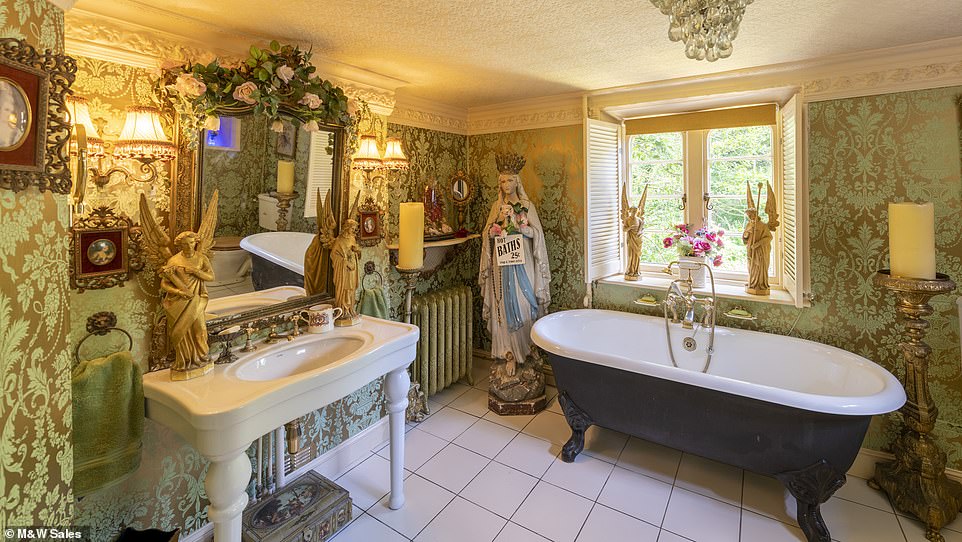 This bathroom has green and gold wallpaper, white tiles on the floor, a life size statue and an appealing roll top bath

The property is only a short walk away is St Leonards town centre, which boasts bars, restaurants, independent galleries and shops on Norman and Kings Road.

The towns’ gardens provide a tranquil setting with a range of plants, trees and wildlife, with the star of the show being a central ornamental pond.

The area has several schools including Battle Abbey School, Claremont, Vinehall and Buckswood. 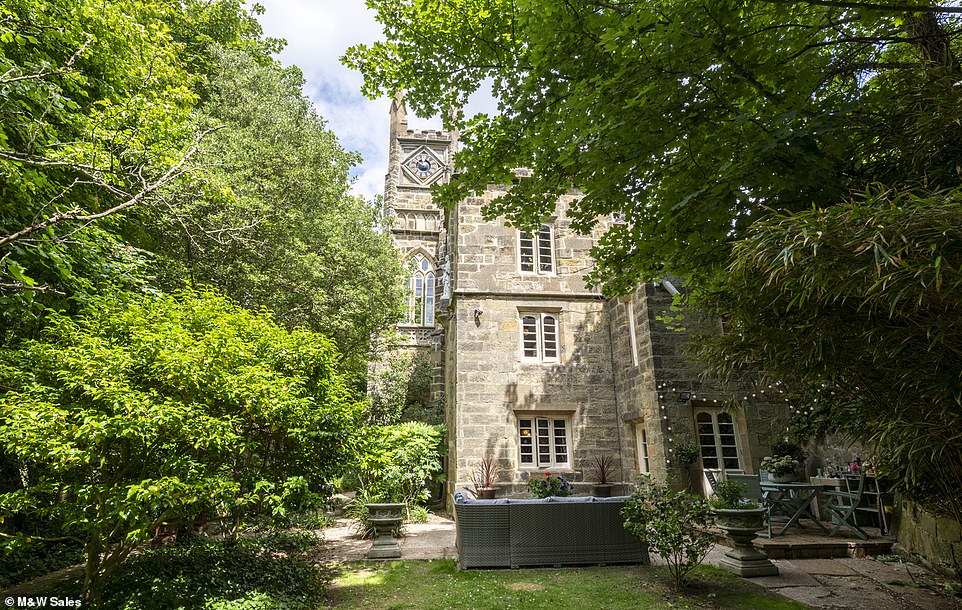 Outside, there is plenty of space to entertain family and friends, including an outdoor dining area and a large lawn 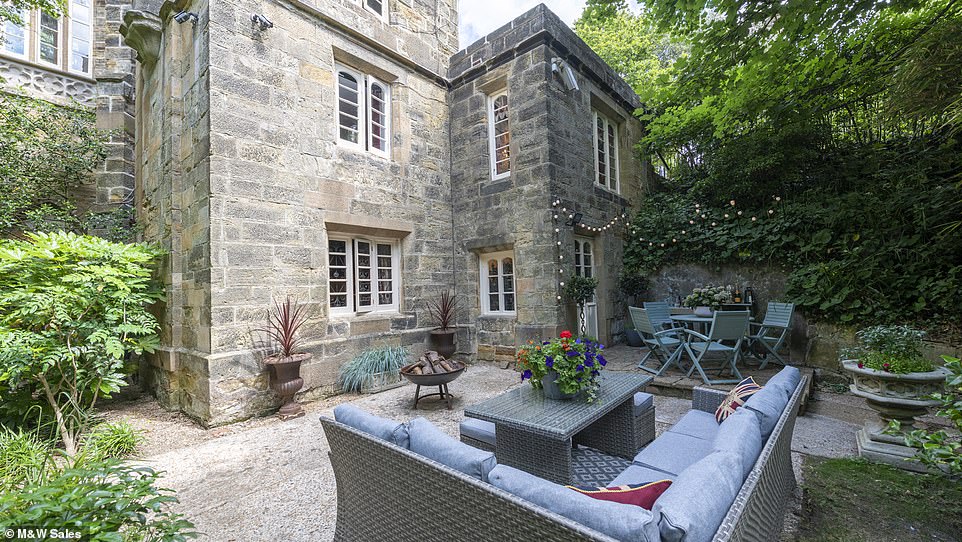 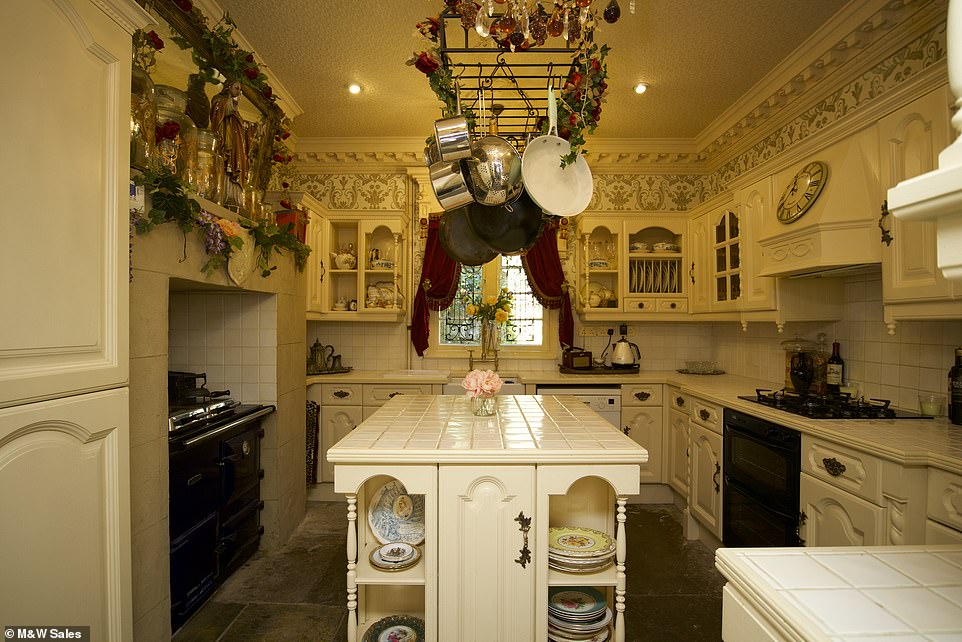 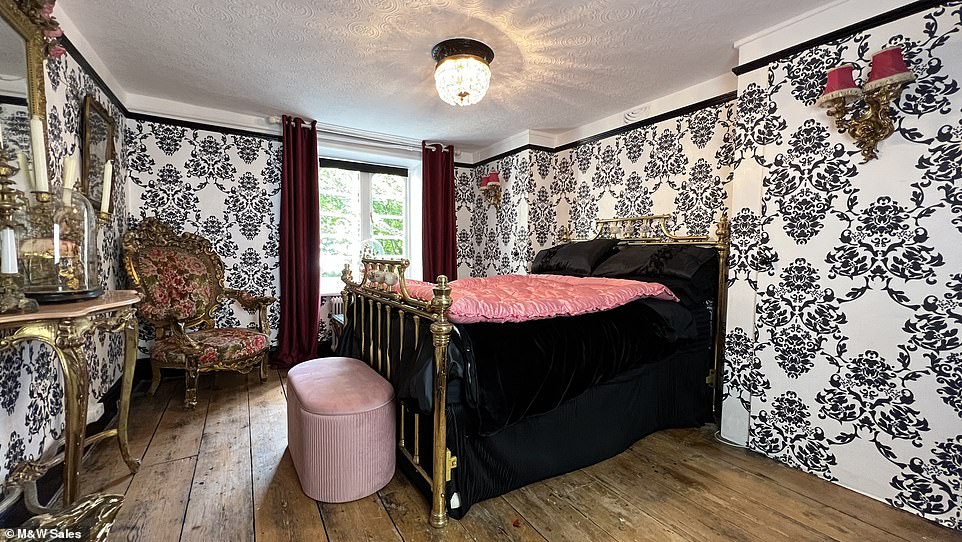 This large double bedroom has monochrome wallpaper, a dark wooden flooring and some furnishings providing a pink accent

The average price of a price sold in St Leonards during the past year is £291,265, which is just under the £312,201 average for the country as a whole, according to Zoopla.

Helen Whiteley, of property website OnTheMarket, said: ‘Properties like this don’t come to the market too often, so when they do it’s an opportunity to own something really special.

‘As well as a magnificent history dating back almost 200 years, with its original charm and unique interior, this clock house has a level of grandeur that remains as impressive today as it would have been when first constructed.’