Cooking has become a must-have skill as restaurants, cafes and takeaways close their doors during the coronavirus lockdown.

And now amateur chefs are proudly revealing their homemade meals on Facebook’s Rate My Plate group.

Many combined several of their favourite foods to create an original dish, while covering meal in ketchup also proved a hit for those confined to the house.

Below, FEMAIL reveals some of the most creative meals made since quarantine began.

People from around the world have been sharing the creative meals they’ve made while in quarantine on Facebook, including aoneman from London who made curry flavour noodles with cheese and sweet chilli sauce (pictured) 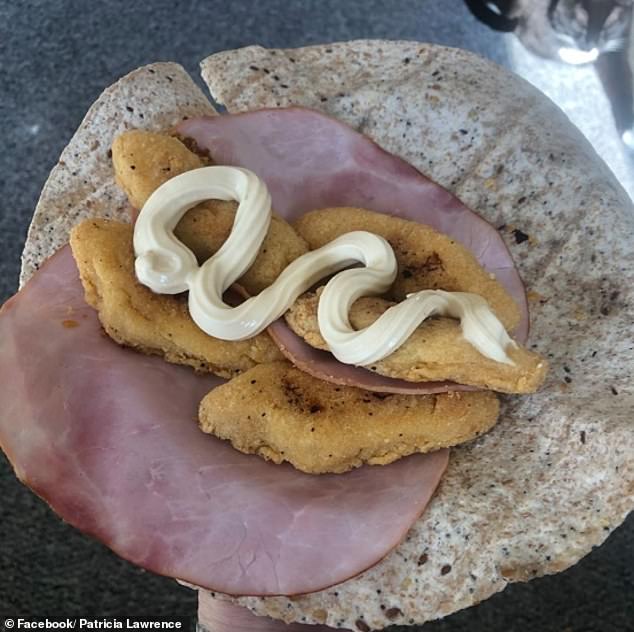 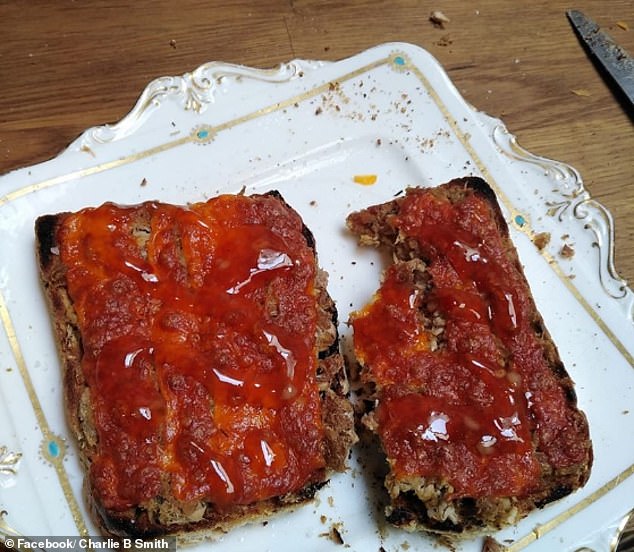 One man from Kent said his younger sister topped her toast with tuna, cheese and lashiings of sweet chilli sauce (pictured) 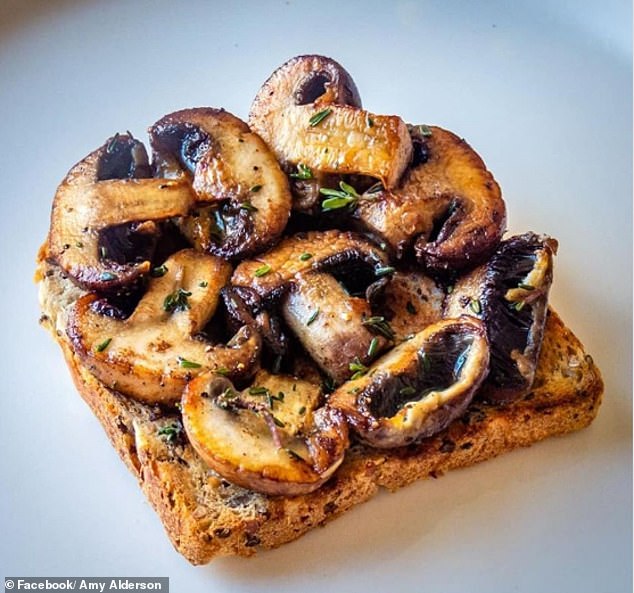 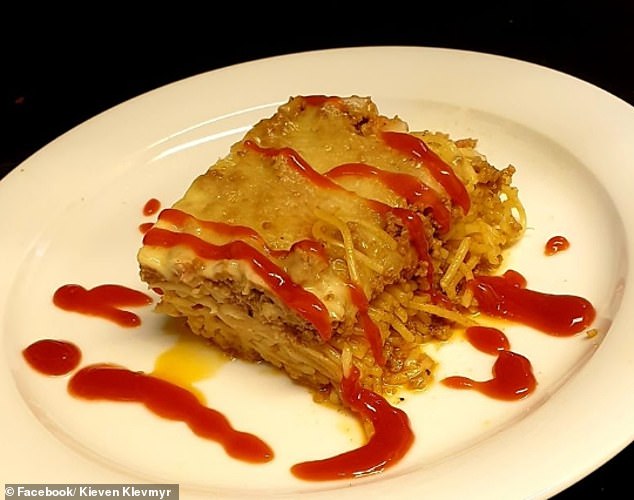 Meanwhile one man, from Sweden, posted a snap of his homemade lasagne, crafted from cheese, noodles and ketchup (pictured) 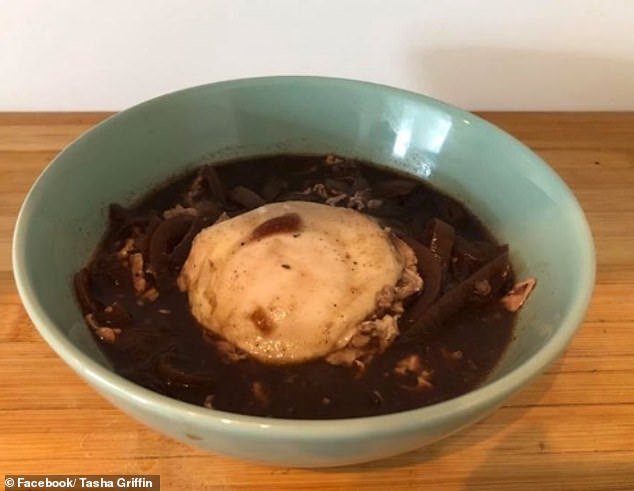 Another woman, who lives in Canada, insisted her onion gravy with poached eggs was delicious, and urged others to try it (pictured) 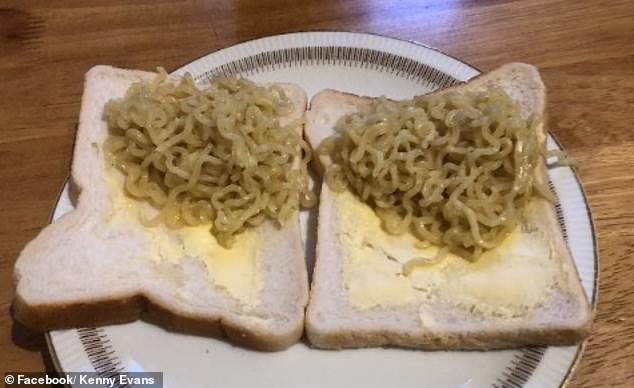 Another man, believed to be from Bristol, posted a photograph of sliced bread, topped with super noodles and butter (pictured) 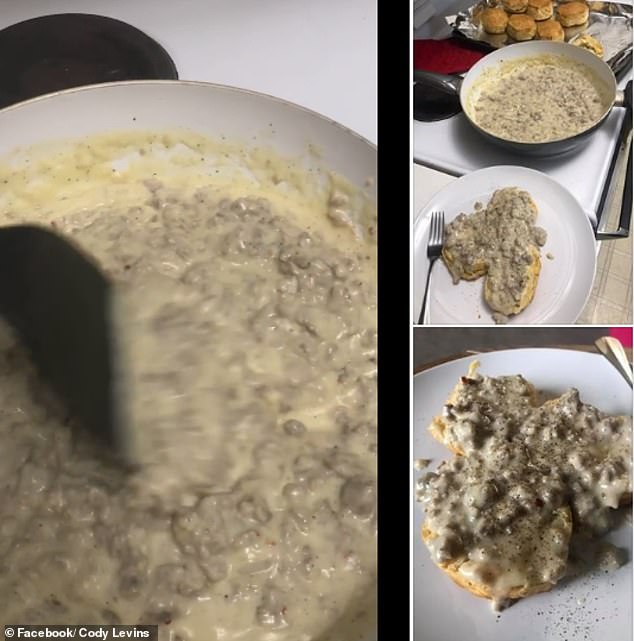 Not appealing! Meanwhile one man from Virginia was told that his sausage gravy (pictured) looked like vomit 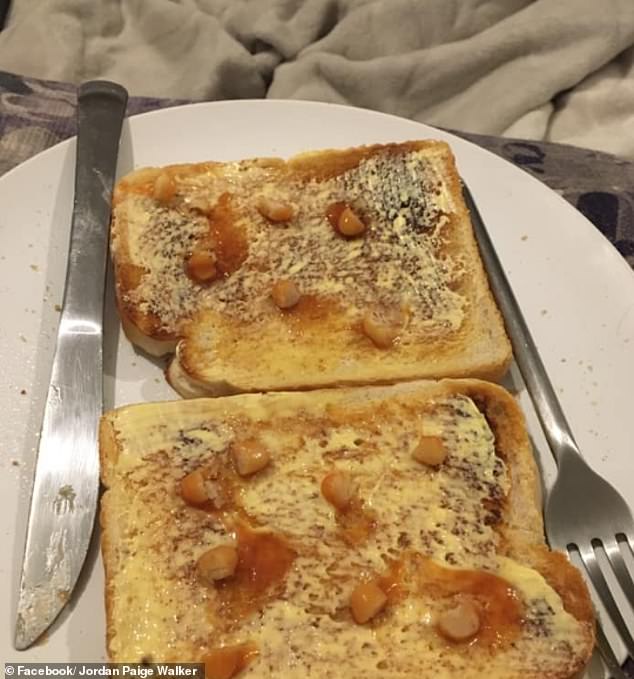 Rationing beans! One woman, who lives in Derby, shared a snap of the sparse beans and toast (pictured) made  by her husband 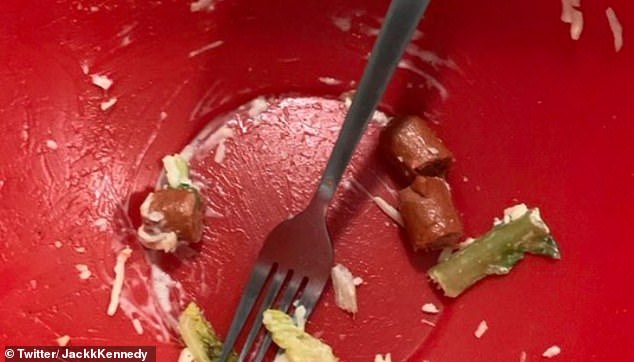 A man based in New York, said he had enjoyed a hot dog Caesar salad while stuck at home in self-isolation 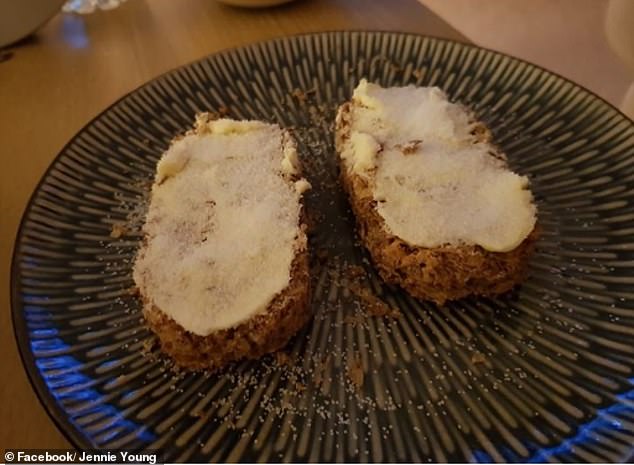 Missing something? One woman, believed to be from Merseyside, revealed she has ditched the milk and has been eating Weetabix with butter and sugar (pictured)