The Government has been slammed for releasing hotel quarantine guidance just days before rules are enforced requiring people from ‘red list’ countries to isolate in approved accommodation.

UK nationals or residents returning to England from 33 countries will be forced to spend 10 days in Government-designated accommodation from Monday.

The law sets out new requirements for people to book their ‘managed self-isolation package’ which includes a hotel, transport and testing.

People must quarantine in the room but exceptions allowing them to leave include the need for urgent medical assistance, to exercise or attend the funeral of a close family member.

They will also be allowed outside to get fresh air or have a cigarette break – and will only need to get hotel staff permission.

The regulations state that leaving for these exceptional reasons should only happen if the person ‘has been given prior permission by a person authorised by the secretary of state for this purpose’.

However, human rights barrister Adam Wagner, who studies coronavirus rules and tries to simplify them for the public, had led an outpouring of anger against the government over the timing of the legislation’s publication so close to the rules becoming law.

The Government has been slammed for releasing hotel quarantine guidance just days before rules are enforced requiring people from ‘red list’ countries to isolate in approved accommodation. Pictured: Stock image 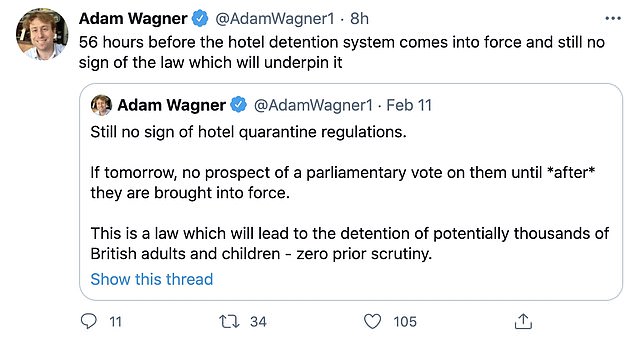 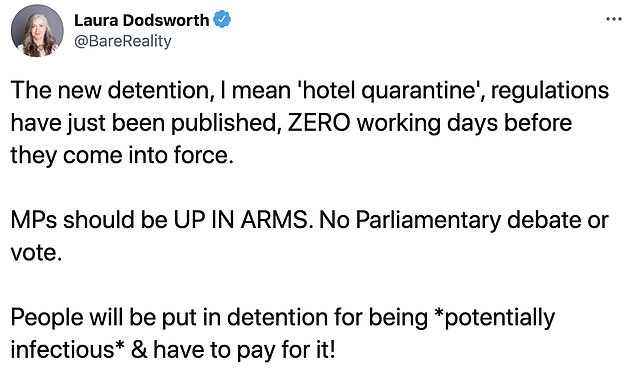 Human rights barrister Adam Wagner, who studies coronavirus rules and tries to simplify them for the public, criticised the timing of the legislation’s publication so close to the rules becoming law

He tweeted: ‘Inexcusable that these have been published *zero* working days before they come into force and will not be scrutinised by Parliament at all before they do.’

Writer and filmmaker Laura Dodsworth added: ‘The new detention, I mean ‘hotel quarantine’, regulations have just been published, ZERO working days before they come into force.

‘MPs should be UP IN ARMS. No Parliamentary debate or vote.

‘People will be put in detention for being *potentially infectious* & have to pay for it!’

The legislation, called the Health Protection (Coronavirus, International Travel) (England) (Amendment) (No. 7) Regulations 2021, comes into force at 4am on Monday. 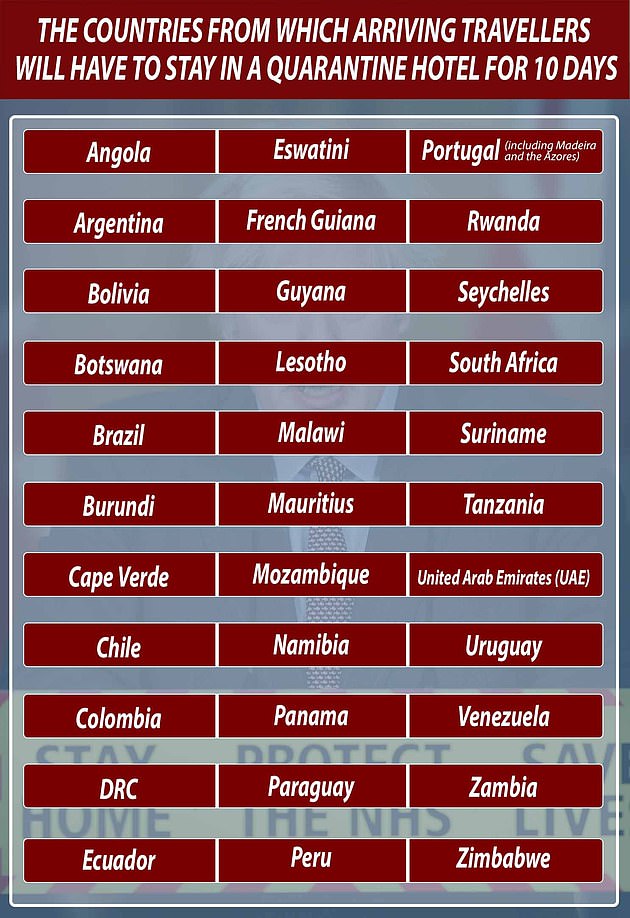 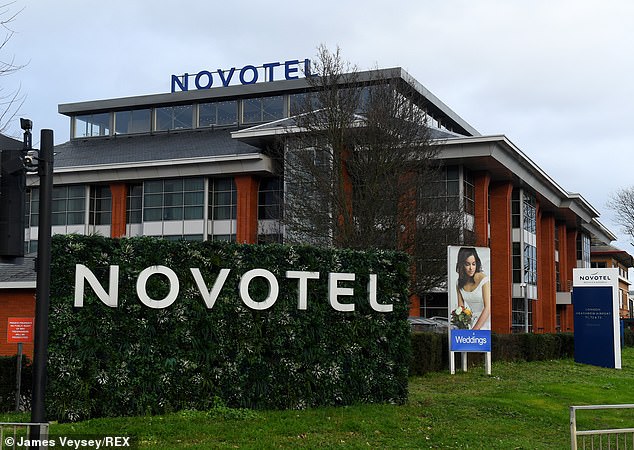 Although the government hasn’t revealed which hotels will house the quarantine passengers, Novotel on Bath Road near Heathrow is thought to be one of them 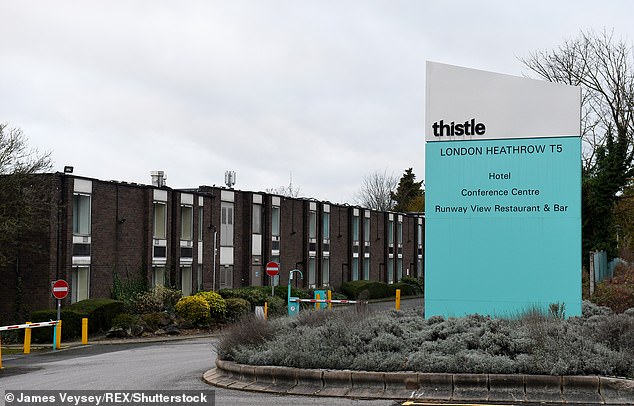 The Thistle Hotel, by Heathrow Terminal, is another thought to have been approached by the government

Travellers are required to have booked a ‘testing package’, which includes provision for a test on days two and eight of their quarantine.

The accompanying explanatory memorandum to the legislation says travellers ‘can only leave managed quarantine or self-isolation once they have received a negative result from their day eight test and quarantined until the end of the 10-day period’. 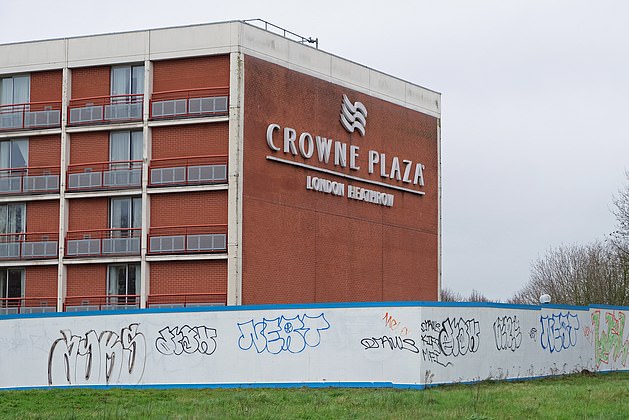 The Crowne Plaza, also in Heathrow, is thought to have been approached to accept passengers 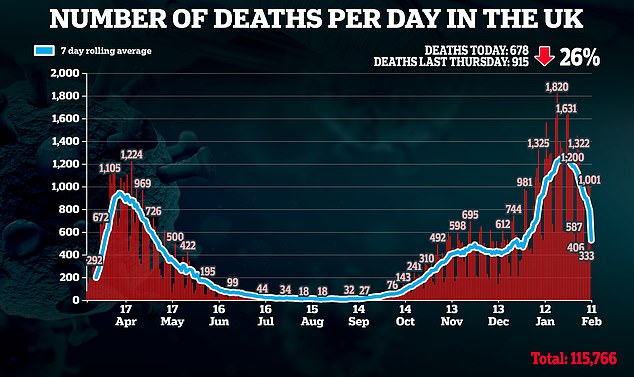 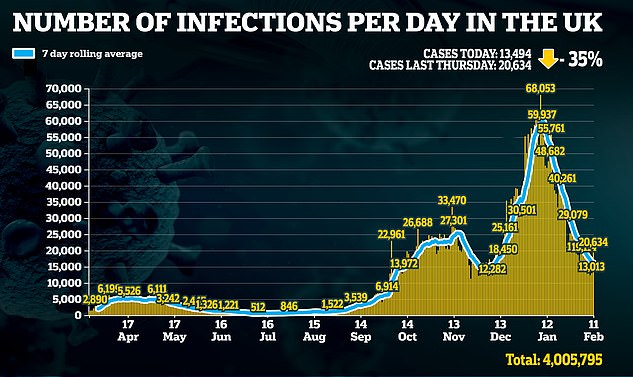 Passengers arriving into England face fines of up to £10,000 for failing to quarantine, and those who lie on their passenger locator forms face up to 10 years in jail, Health Secretary Matt Hancock announced earlier this week.

The cost for a quarantine hotel stay is £1,750 for a single adult.

Guidance published by the Government on Thursday said people on income-related benefits can apply for a deferred repayment plan when making their quarantine package booking and repay the cost in 12 monthly instalments.