Government inheritance tax receipts rise ahead of new freeze: £4.1billion went into Treasury coffers from April to October, up 14% from last year

The Treasury took in £4.1 billion of inheritance tax from April to October this year, £500million higher than in the same period a year earlier and an increase of 14 per cent, the latest figures from HMRC show.

The news comes just days after Chancellor Jeremy Hunt announced a freeze on inheritance tax (IHT) as part of his Autumn Statement package.

Currently, if the deceased’s estate, including assets such as money, property or shares, is less than £325,000 then no IHT is payable.

The threshold had been slated to increase in 2025-26 saving more people from being caught by the tax, but last week’s announcement this will now be pushed back to 2027-2028.

The move will raise an additional £1billion for the Government, according to wealth management firm Quilter.

Furthermore, as the amount you are allowed to gift has not increased with inflation, the opportunity for people to reduce what their estate pays in inheritance tax has been reduced.

These new figures show just how much the Government’s inheritance tax take seems to be increasing ahead of any freezes, thanks largely to the steady increases in house prices which are pushing more estates above the threshold.

The average IHT bill is currently £216,000, but research conducted by high net worth investment service Wealth Club shows that the extended freeze, combined with rampant inflation, will mean inheritance tax bills will reach £297,793 by 2025-26 and £336,605 by 2027-28 at a conservative estimate. Currently, one in every 25 estates pays inheritance tax. 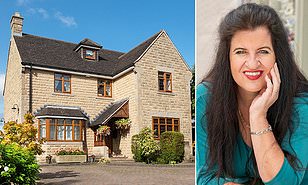 Julia Rosenbloom, tax partner at Evelyn Partners, the leading wealth management and professional services group, said: ‘Coming fast on the heels of Jeremy Hunt’s Autumn Statement, if anyone needed a reminder of the stealthy growth of inheritance tax, it’s here in the form of fresh data showing rising receipts from death duties.

‘This process will in all probability continue apace up to 2028 as fiscal drag does its work under the radar. Even with a moderation in property and investment asset prices, estates that come to probate will be sitting on years or decades of growth, thanks in large part to the hard work and prudence of the post-war generations.

‘IHT has been described as a ‘voluntary’ tax in some senses, as giving away assets during lifetime is a very effective way of reducing or wiping out IHT liability. But large gifts remain part of the estate for seven years, assets must be handed over ‘without strings’, and most savers prefer to retain access to their assets in case they are needed as they grow older.

‘Smaller gifts can be made that leave the estate immediately but the limits are restrictive and are subject to the same shrinkage in real terms in the face of inflation as the nil-rate band.’

Rosenbloom adds that not everyone can use the residential nil-rate band as it only applies when a property is left to a direct descendant and where the individual’s estate is worth less than £2 million.

Inheritance tax is notoriously unpopular. More than half of adults in the UK want to see the policy reduced or scrapped altogether, according to research by Handelsbanken Wealth and Asset Management.

Of those, more than a quarter (27 per cent) want to see IHT scrapped. Women (29 per cent) are more likely to want it scrapped than men (25 per cent), while 50 to 64-year-olds are the most in favour of scrapping the tax, with 31 per cent in favour of its abolition.

This compares with just 21 per cent of 18 to 34-year-olds who want to see it removed.

When must you pay inheritance tax?

Inheritance tax is payable on estates over £325,000, or £500,000 if there is a property being passed to direct descendants and the estate value is below £2million.

On estates worth in excess of £2million, the residence nil rate band starts to be reduced.

If a spouse or civil partner has died first, their allowances can be transferred to the surviving member of the couple depending on their will, and this means that these thresholds could potentially double.