A Government plan to make terrorists take lie detector tests before they can be paroled from prison is being blocked in Scotland by Nicola Sturgeon’s SNP.

The UK’s independent reviewer of terror legislation, Jonathan Hall QC, suggested the tests could be used to assess a convicted terrorist’s threat after they are released from jail.

Mr Hall stressed that the tests – called polygraphs – could be a ‘sensible additional tool’. It was part of a raft of recommendations he made after ministers ordered a study following the stabbing to death of two people on London Bridge by a convicted terrorist in 2019.

Mr Hall recommended a change in the law to permit lie tests.

However, plans to make it UK wide have hit a stumbling block after Scotland’s Justice Secretary Humza Yousaf denied the UK Government’s request to use the detectors north of the border.

Mr Yousaf told the Government he was ‘unconvinced by policy merits of the use of polygraph in Scotland,’ The Sun reports.

Scottish Government sources told the paper a phone call to discuss the topic was cancelled at the last moment and will be ‘rearranged’.

UK ministers would have to seek permission to amend Scottish laws – but the Scottish Party is reportedly saying no.

Condemning the move, Scotland Conservative MP Andrew Bowie said: ‘When you look back on the history of the SNP and terrorists – not least the release of the Lockerbie bomber – they have consistently been weak on protecting the safety of Scots.”

Under the plans, terrorists could be attached to monitors and quizzed to find out if they have broken strict parole conditions, such as whether they have entered an exclusion zone or been in contact with other extremists.

Culprits could be sent back to prison if the £4,000 machines uncover fresh evidence they have reoffended. 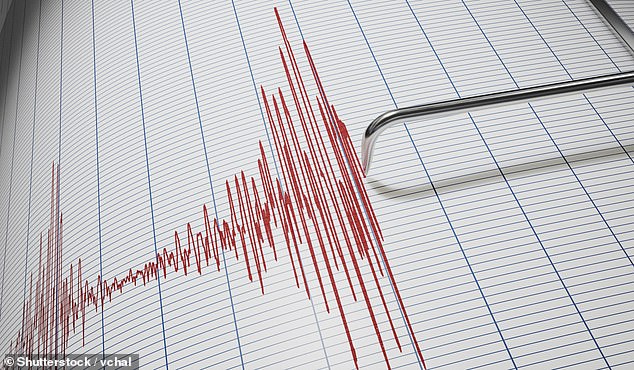 Polygraphs have been used by the Ministry of Justice since 2014 to quiz serious sex offenders after they are freed – resulting in more than 160 being sent back to prison.

He said in some cases the scheme, called ERG 22+, ‘minimised the seriousness of terrorist offences and accepted the offender’s characterisation (and in some cases denials) of offences of which they had been convicted’.

‘It was not clear that sufficient attention was paid to the facts of the offence or the judge’s sentencing remarks,’ he wrote.

Dr Alan Mendoza, of counter-extremism think-tank the Henry Jackson Society, said: ‘After last year’s attacks, the introduction of lie detectors are a welcome change. They will prove an important line of defence in working out if a terrorist due for release has truly deradicalised.

‘Tools like this will help reduce the danger to public safety of reoffending in these cases to as near as zero as possible.’