Downing Street has hit back at newspaper reports that Boris Johnson and his administration dragged their feet in the run-up to the outbreak of the coronavirus pandemic.

Number 10 accused the Sunday Times of ‘falsehoods’ and ‘errors’ after the newspaper published a piece in which a Whitehall source claimed the Government ‘missed the boat on testing and PPE’ (personal protective equipment).

It was alleged that the prime minister missed five Cobra meetings in January and February as the outbreak began to take hold in other countries.

A senior Downing Street adviser told the bombshell investigation that Mr Johnson’s decision to take ‘country breaks’ at Chequers underscored his lack of urgency in the early stages of coronavirus planning.

The insider also alleged that Whitehall had been fixated on Brexit, and long-term crisis preparations fell by the wayside as key staff were diverted from pandemic contingencies to thrash out no-deal planning. 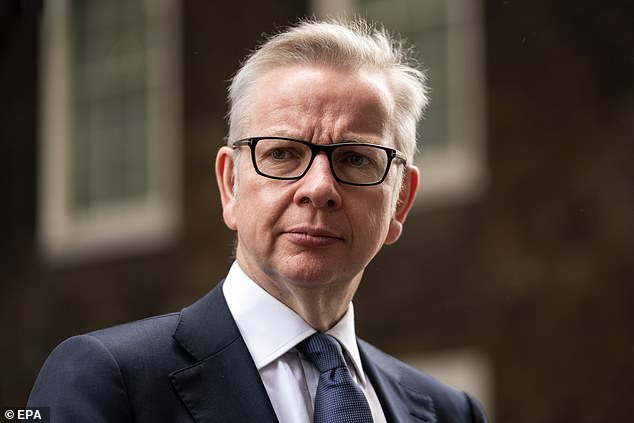 Michael Gove, the Chancellor of the Duchy of Lancaster, arrives in Downing Street. He appeared on Sunday morning TV earlier today where he described the Sunday Times article as ‘off beam’

But this evening the Government pushed back on the claims, saying in a six-page rebuttal published online that it was ‘guided at all times by the best scientific advice’.

A spokesman said: ‘This article contains a series of falsehoods and errors and actively misrepresents the enormous amount of work which was going on in government at the earliest stages of the coronavirus outbreak.

‘This is an unprecedented global pandemic and we have taken the right steps at the right time to combat it, guided at all times by the best scientific advice.

‘The Government has been working day and night to battle against coronavirus, delivering a strategy designed at all times to protect our NHS and save lives.

‘Our response has ensured that the NHS has been given all the support it needs to ensure everyone requiring treatment has received it, as well as providing protection to businesses and reassurance to workers.

‘The Prime Minister has been at the helm of the response to this, providing leadership during this hugely challenging period for the whole nation.’ 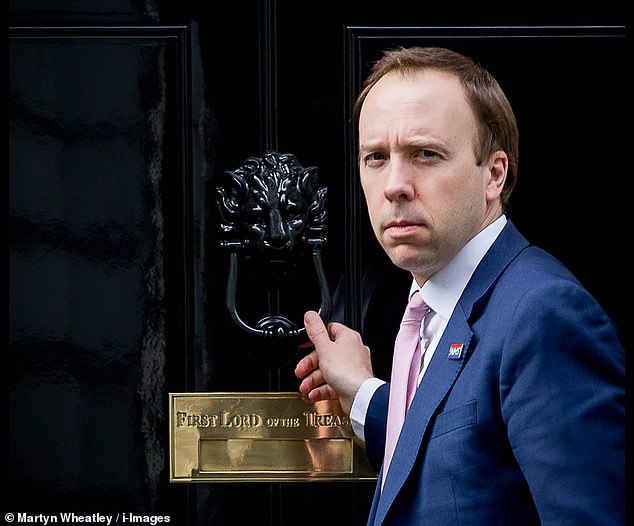 The tone of the statement, posted on the official gov.uk website, was much more aggressive than that used by the Chancellor of the Duchy of Lancaster Michael Gove on Sunday morning TV appearances when he described the article as ‘off beam’.

Mr Gove had confirmed the Sunday Times report that the PM had not attended five meetings of the key Government committee Cobra in the run-up to the crisis, but insisted this was not unusual.

He confirmed the PM did not attend the meetings, but added: ‘He didn’t. But then he wouldn’t. Because most Cobra meetings don’t have the Prime Minister attending them.’

That stance was echoed by the Government spokesman who said: ‘It is entirely normal and proper for Cobra to be chaired by the relevant secretary of state.

‘At this point the World Health Organisation had not declared Covid-19 a ‘Public Health Emergency of International Concern’, and only did so only on January 30.

‘Indeed, they chose not to declare a PHEIC the day after the Cobr meeting.’

In reference to the report that the UK sent 279,000 items of protective equipment to China earlier this year, the Government spokesman said: ‘The equipment was not from the pandemic stockpile. 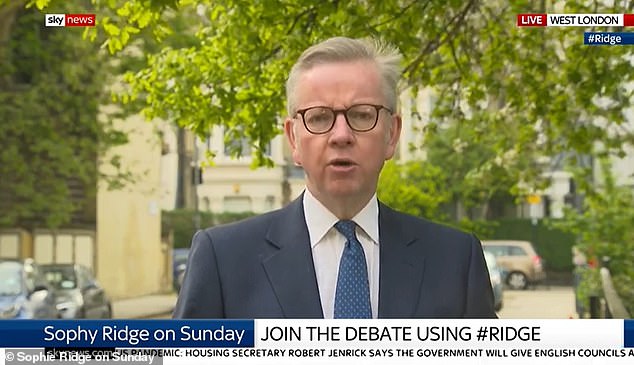 Mr Gove, who is part of the so-called ‘quad’ of ministers steering the government’s response while the PM recovers from his own battle with coronavirus, this morning rebuffed the claims in the Sunday Times 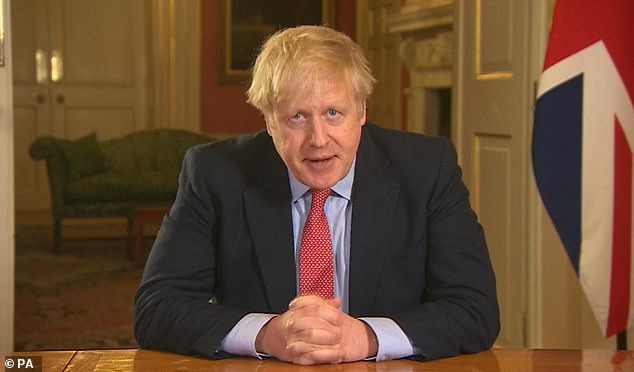 ‘We provided this equipment to China at the height of their need and China has since reciprocated our donation many times over. Between April 2-April 15 we have received over 12 million pieces of PPE in the UK from China.’

Shadow health secretary Jonathan Ashworth told Sky News: ‘There are serious questions as to why the Prime Minister skipped five Cobra meetings throughout February, when the whole world could see how serious this was becoming.

‘And we know that serious mistakes have been made, we know that our frontline NHS staff don’t have the PPE, that they’ve been told this weekend that they won’t necessarily have the gowns which are vital to keep them safe.

‘We know that our testing capacity is not at the level that is needed.

‘We know that the ventilators that many hospitals have received are the wrong types of ventilators and there are big questions as to whether we went into this lockdown too slowly, and now we hear the Prime Minister missed five meetings at the start of this outbreak. It suggests that early on he was missing in action.’

Former chief government science adviser David King told Sky News today that he could not recall a Cobra meeting during his time in Whitehall that was not chaired by Tony Blair or Gordon Brown.

It also emerged today that the government shipped 260,000 items of personal protective equipment to China amid warning sirens from doctors that the UK was woefully under-prepared to cope with a pandemic.