Choose ten lockdown friends and family: Government considers relaxing strict ‘stay at home’ rules to allow small groups to meet for meals, share childcare and let couples who do not live together see each other

An easing of lockdown rules could allow people to socialise with up to ten of their closest family and friends.

Ministers are looking at whether to relax the strict ‘stay at home’ advice to let small groups of households ‘cluster’ together.

It would allow close family members to meet for meals, or enable friends to share childcare. It could also allow couples who do not live together to see each other. 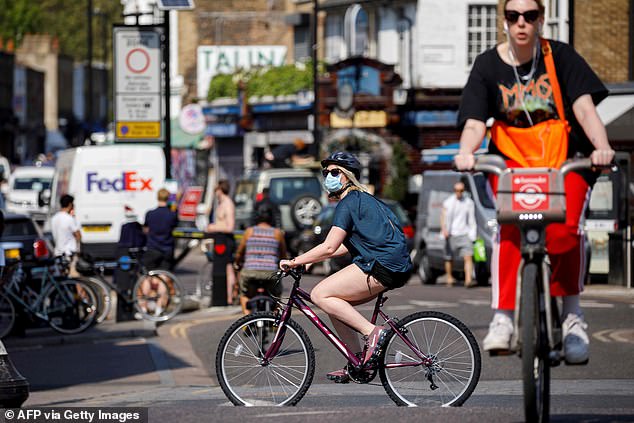 A woman wearing a face mask, pictured, cycles past Broadway Market in east London on Friday 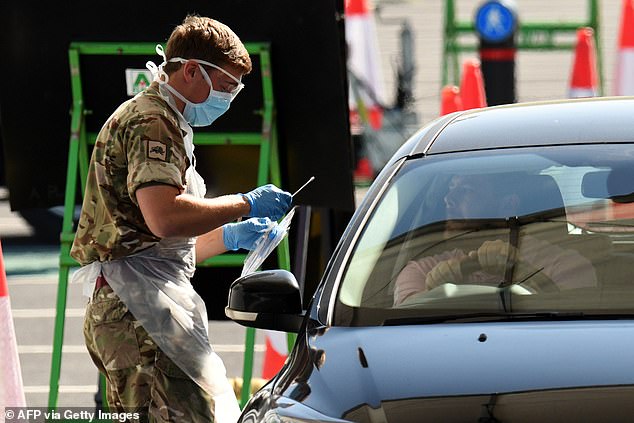 A member of the armed forces, pictured, prepares to test an essential worker for the coronavirus at a drive-in testing facility at Manchester airport

In an idea reminiscent of BT’s ‘Friends and Families’ scheme, people would nominate a small list of those they want to be able to see, drawn from no more than one or two households.

Those involved would then be able to meet for meals and other social activities. But neither group would be allowed to mingle with others outside the ‘cluster’.

Ministers are still grappling with how to enforce the new system and prevent a free-for-all that could allow the coronavirus epidemic to take hold again.

A Whitehall source said: ‘If we can find a way to allow a bit more flexibility without risking transmission of the disease running higher then we will do it.’ 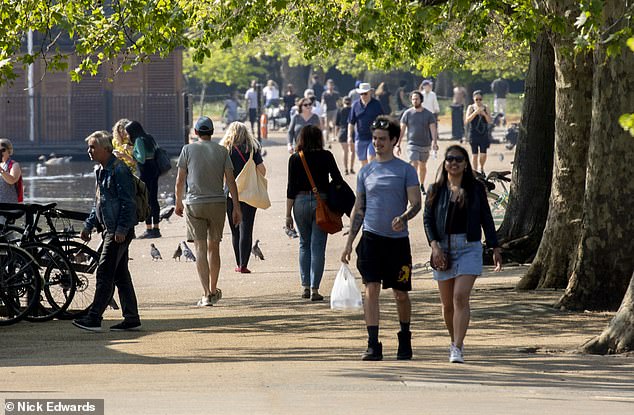 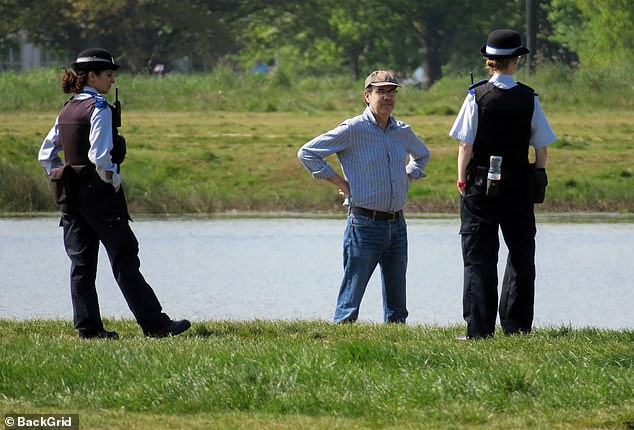 Community support officers speak to a member of the public in Wimbledon Common Park, pictured, amid the coronavirus lockdown 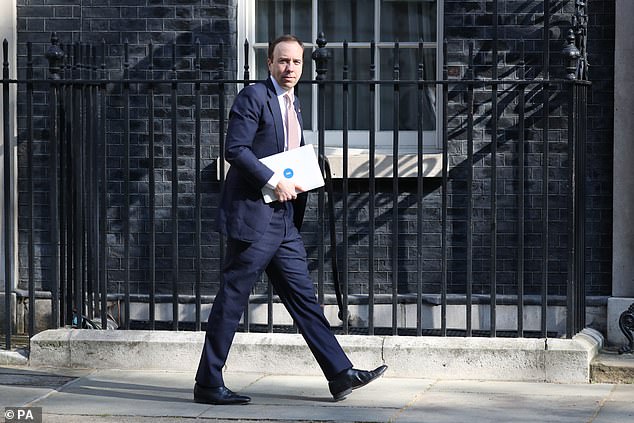 Health Secretary Matt Hancock, pictured, yesterday warned the government would not ease lockdown restrictions until ministers were certain they could prevent a deadly second wave of infection.

Belgium and Scotland are also looking at the idea. The move came as:

Health Secretary Matt Hancock yesterday warned the government would not ease lockdown restrictions until ministers were certain they could prevent a deadly second wave of infection.

He said this would not be possible until the number of cases was driven ‘right down’. Mr Hancock said he understood the ‘economic pressures’ the lockdown was causing, but warned they would be even worse if the UK suffered a second peak of the epidemic.

He told BBC Radio Four’s Today programme: ‘I understand those voices who are saying we should move sooner but that is not something we are going to do.’ 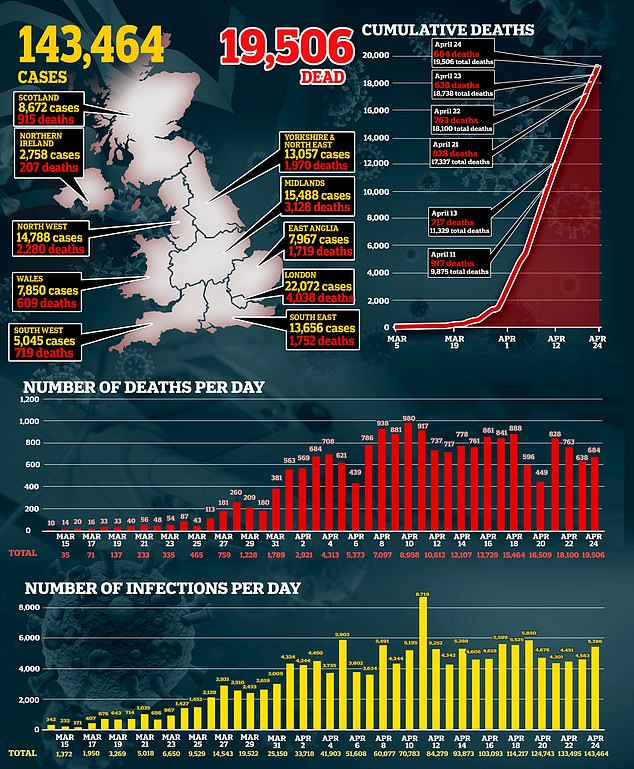 Mr Hancock said the lockdown could not be eased until ministers have the preliminary results of an Office for National Statistics study looking at how widespread the disease is in society.

Downing Street said it was ‘conceivable’ this could be ready ahead of the May 7 review of the lockdown.

Former Tory leader Sir Iain Duncan Smith yesterday said it was time for the government to ‘bite the bullet’ on the issue and set out a plan for easing the lockdown.

‘The UK government now needs to recognise that the time is now,’ he said.

Privately ministers are gloomy about the prospect of any significant easing of the lockdown on May 7, given the need to meet five tests that include a major reduction in the number of cases and security of supply of personal protective equipment.

One insider said: ‘I don’t think anyone thinks we are going to pass the five tests in the next week or two.’