Lockdown fears for New Yorkers after Gov. Cuomo orders ALL gyms, bars and restaurants to shut by 10pm across the state as COVID-19 positivity rate jumps to 2.9% (but deaths and hospitalizations hold steady)

New York Governor Andrew Cuomo has ordered that all bars and restaurants across the state must close at 10pm starting from Friday in effort to stave off the ‘second wave’ of COVID-19, even though deaths and hospitalizations in New York City are steady.

He is also limiting gatherings in private residences to 10 people, and say he may reduce the capacity restaurants and bars can have indoors if numbers continue.

The statewide COVID-19 rate increased to 2.9 percent which is the highest it has been for months and deaths are increasing in some parts of the state but not all.

In New York City, deaths have been holding steady as have hospitalizations despite the rising infection rate.

But Cuomo on Wednesday issued an order for the entire state and said anyone who doesn’t comply with it will receive a summons ordering them to shut down.

‘Losing money hurts but money can be replaced. Losing a loved one is forever.

‘If the lights are on and people are drinking, they get a summons,’ he said.

It delivers yet another blow to the restaurant and bar industry which was only allowed to resume indoor dining at a 25 percent capacity last month after being ignored for months. 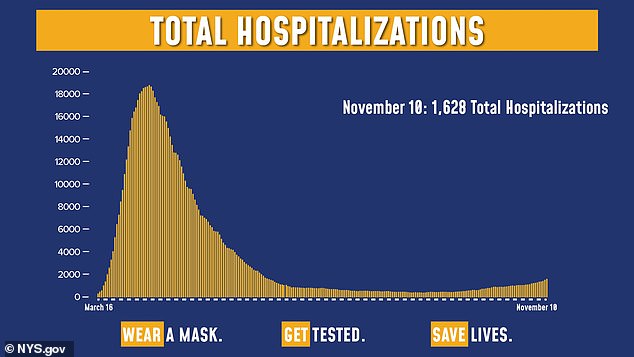 Statewide, hospitalizations are creeping back up as is the case count 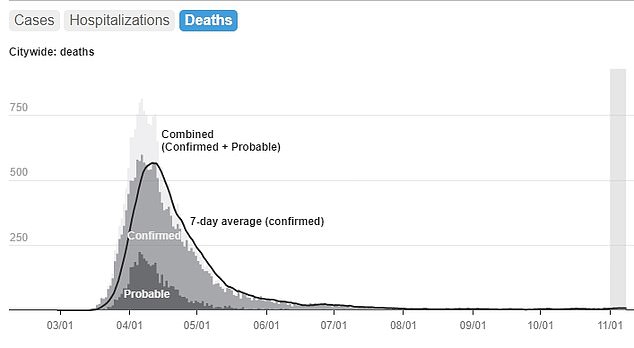 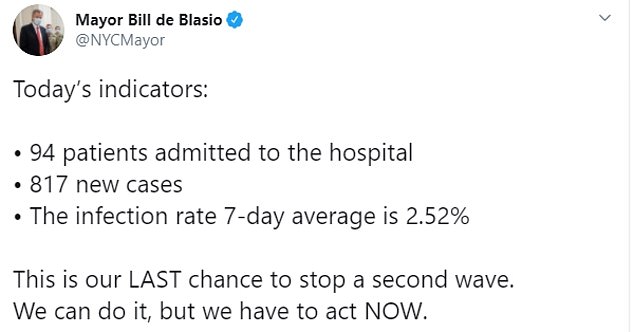 Outdoor dining can continue into the winter months if restaurants and bars can facilitate it.

Mayor Bill de Blasio, echoing Cuomo’s tone of alarm on Wednesday, said: ‘This is our LAST chance to stop a second wave.

The rising COVID-19 positivity rate across New York State and New York City is down largely to micro-clusters where it is spiking.

This is the rate at which people who are tested are testing positive;

They are in Brooklyn, Queens and other parts of the state that are not near the city.

Across the five boroughs, that gives an average of 4.2%.

Figures from the state department are more recent than those from the city, even when the state information is about the city.

De Blasio said on Wednesday that the city’s positivity rate was 2.5%.

Cuomo was instantly met with criticism from people who reminded him of the gloating book he released last month titled Lessons in Leadership.

It told the story of how he handled the crisis, and criticizes the federal government for its response.

All of the proceeds of that book are going to an anti-semitic charity.

Cuomo defended writing his book in the midst of the crisis.

It’s unclear how much of an advance Cuomo received for it.

Critics said it was shameful for him to be trying to make money from the situation when New York has been the worst-hit state by far in the nation. 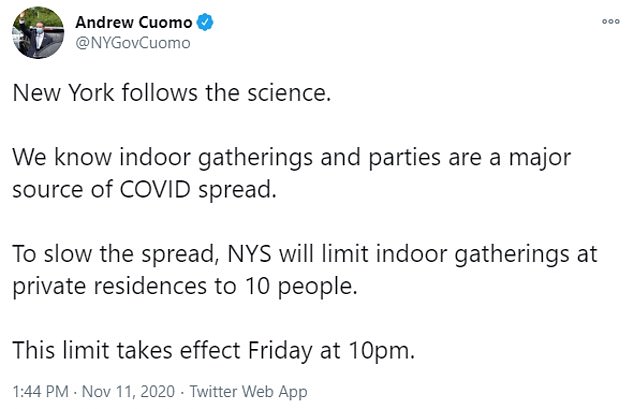 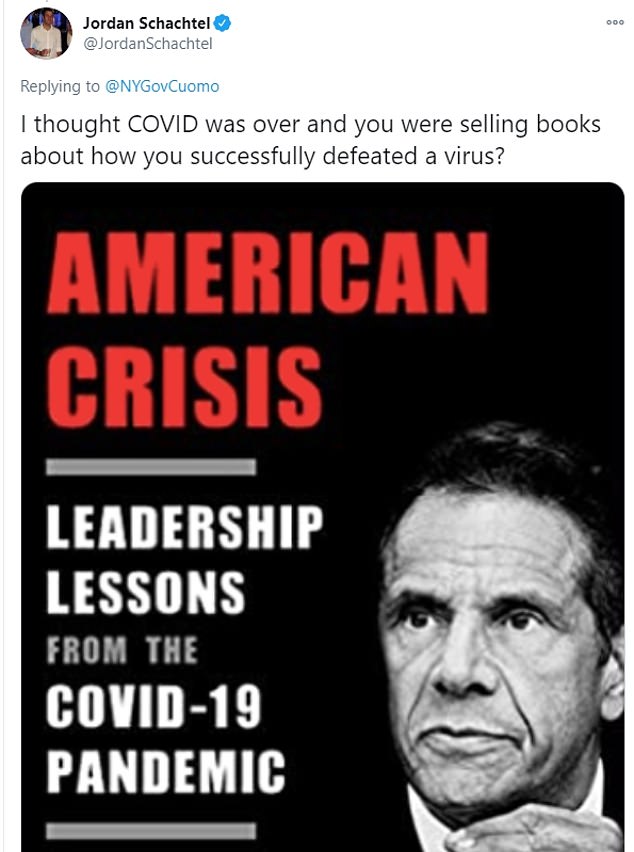 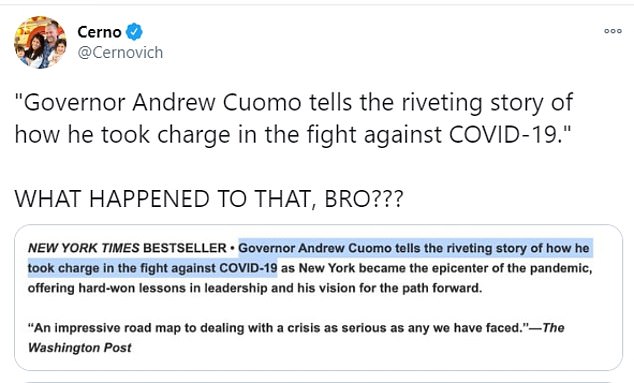 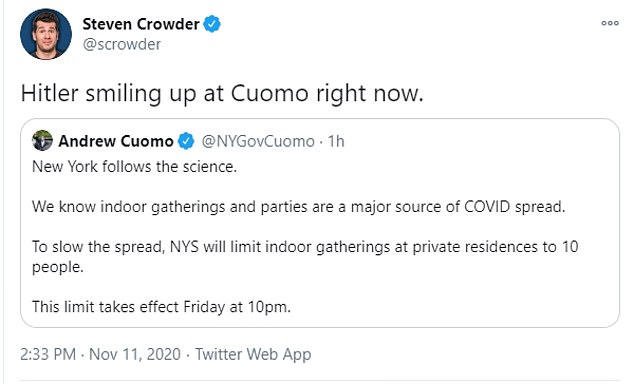 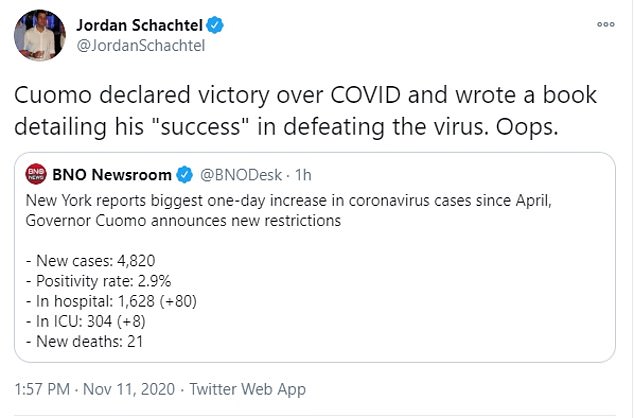