Got their fill: ‘Thieves’ abort petrol station ‘robbery’ after car owner fights back by spraying them with fuel

This video shows would be thieves to be wary – particularly around people who are filling their cars with petrol.

The footage, posted on Reddit, shows a customer filling his car up with diesel or petrol at a petrol station when he is approached by a white van.

The van parks closely to his car at high speed and three hooded men jump out at him, in what could be construed as an attack or robbery.

But, the quick thinking customer leaps into action and sprays them with petrol in a bid to keep safe.

While two try to flee, one tries to get around the back of the car and jump into the drivers seat, but the car owner fights back and hoses him down too.

The van then starts to pull away while being sprayed with petrol, and the three hooded men are left running after it in a bid to escape.

The would be thieves do manage to escape from the scene, with the driver shooting petrol at them as they make a quick getaway.

The footage, posted on Reddit, is thought to have been filmed in Chile via a CCTV camera.

It is not clear what happened after the footage was captured.

Many Reddit users commented on the video, with one saying spraying the fuel was about ‘sending a message’ to the thieves as opposed to causing harm. 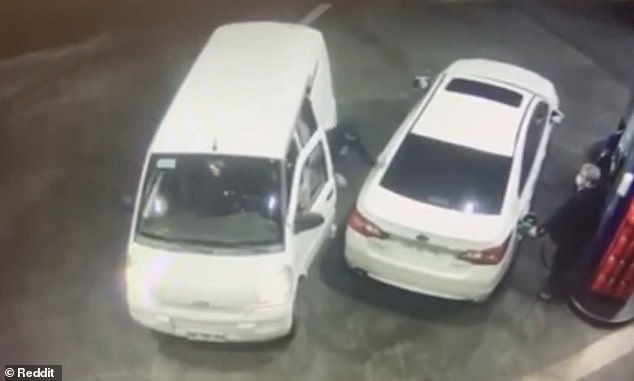 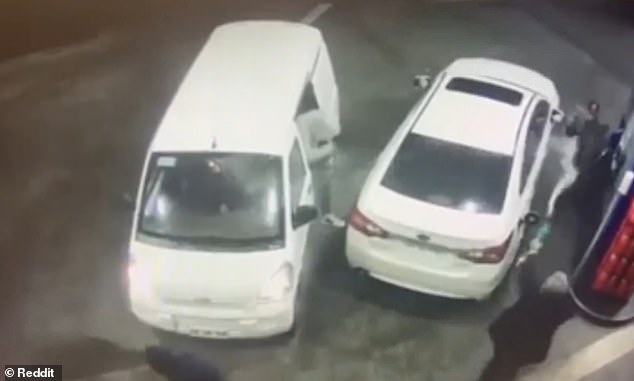 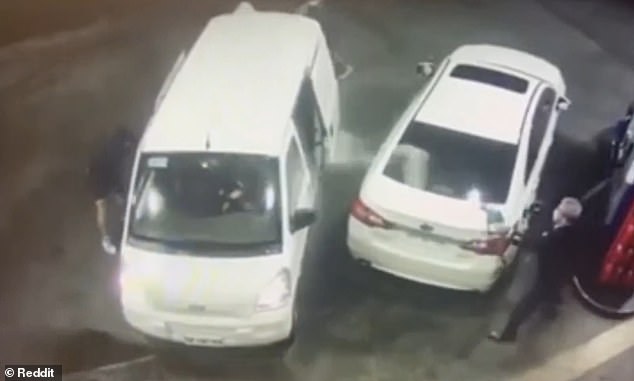 Another pointed out that spraying the van with fuel would enable it to be more easily identified to authorities.