Google Maps will soon tell motorists the most efficient route that’s tailored to whether they drive a petrol, diesel, hybrid or electric car

Google is testing a new update to its Maps that will be able to navigate drivers to their destination via the most efficient route depending on the type of car they own.

Users will be able to specify the engine type of the vehicle they are driving, given the choice of petrol, diesel, hybrid and electric.

The system will then ‘tailor’ the best route that will ‘save you the most fuel or energy’ depending on the powertrain.

Maps update: Google is currently testing an upgrade to its Maps navigation functionality that will tell users the most efficient driving route depending on the fuel type of their car

The beta update to Google Maps was first revealed by 9to5Google.com, with the system still under development.

It will be an advancement on last year’s ‘eco-friendly routing’ feature, which vows to lower motorists’ carbon footprint – though warns journeys may take longer as a result.

Currently, Google Maps provides drivers with an alternative to the fastest and most direct routes, with an eco-friendly option being the one that’s best for the environment.

However, the upgrade being tested will adapt the route based on what is powering the vehicle – a combustion engine, batteries and electric motors – or a combination of the two.

The different types all have different characteristics, not least in how they optimise fuel and energy efficiency.

This means the routes provided to drivers of petrol and diesel cars could be very different to those offered to electric and hybrid vehicle owners. 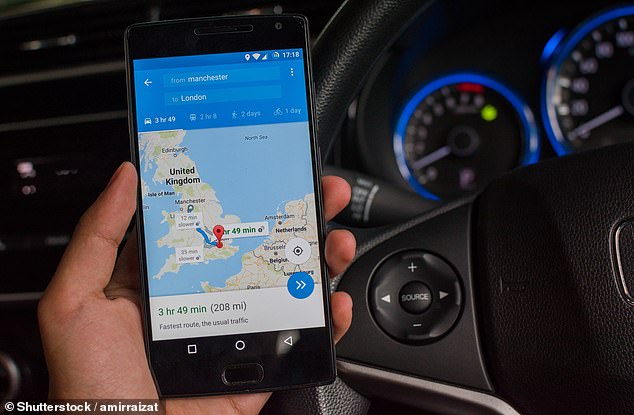 Users will be able to specify the engine type of the vehicle they are driving, given the choice of petrol, diesel, hybrid and electric. Specific eco-friendly routes will be calculated for each

With EVs typically more efficient at lower speeds and hybrids able to make best use of their limited electric-only ranges in and around town, the routes for these models could be much different to those offered to drivers of cars with internal-combustion engines that have better fuel economy returns on motorways.

The system could also take into account how hilly or flat a particular route is to determine if it is more efficient for the type of car being used, as well as the different types of roads it will recommend taking if the user is eco conscious.

The volume of traffic lights on the route could also be taken into consideration, with stop-start journeys having a greater impact on the efficiency of petrol and diesel cars than electrified alternatives.

The update is likely to benefit hybrid and EV drivers most and will be a welcome addition to Google Maps’ existing capacity to direct them to public charging points, which has been a feature of the navigation app in the UK since 2017.

The more tailored beta system will likely also provide fully-electric and plug-in hybrid car owners with the most range-efficient routes taking into account the need to stop to replenish their on-board batteries.

Beta version 11.39 of the app is currently being put through its paces, with 9to5Google.com saying it expects that owners of EVs and hybrids in America will have to wait ‘a few more weeks’ to experience the update.

Range anxiety no longer a major concern… but ‘charging anxiety’ is 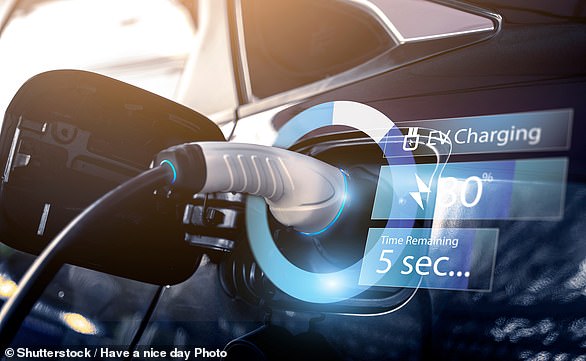 More than half of Britons are said to have ‘charging anxiety’, meaning they panic if their devices don’t have sufficient charge. Volkswagen’s finance arm says this could be a consumer issue for motorists when making the decision to switch to electric cars

A new report claims that one of the main barriers to owning an electric car is a consumer obsession with needing fully-charged personal devices.

Volkswagen Financial Services UK (VWFS) found that more than half of Britons (55 per cent) panic if they know their phone or laptop will run out of battery, which suggests that charging anxiety is now a bigger issue for drivers when it comes to electric car ownership than range anxiety itself.

It says the psychological need to have devices charged to maximum capacity could be bigger than the general scepticism about the UK’s public charging network.

The findings also reveal that Gen Z and Millennials (77 per cent) are most likely to panic if their personal device were to run out of battery. However, this age group are most likely to be prepared by owning a portable charger – 68 per cent, according to the poll of 2,000 people.

Mike Todd, CEO at VWFS, said: ‘Forecasts by the Competition and Markets Authority suggest that up to 480,000 public charging points will be required across the UK by 2030 but it seems this roll-out needs to happen more quickly to encourage the majority of would-be EV drivers to make the switch to electric.

‘However, with public charging stations being installed at supermarkets, gyms and elsewhere, frequent top-ups rather than big weekly charges are likely to be the best way forward for many, especially those without off-street parking.

‘This research shows how ingrained our devices and battery lives are in our everyday lives, and I believe charging an EV should be approached in the same way we top up a smartphone battery – something that’s much easier if you have multiple chargers within close proximity.’